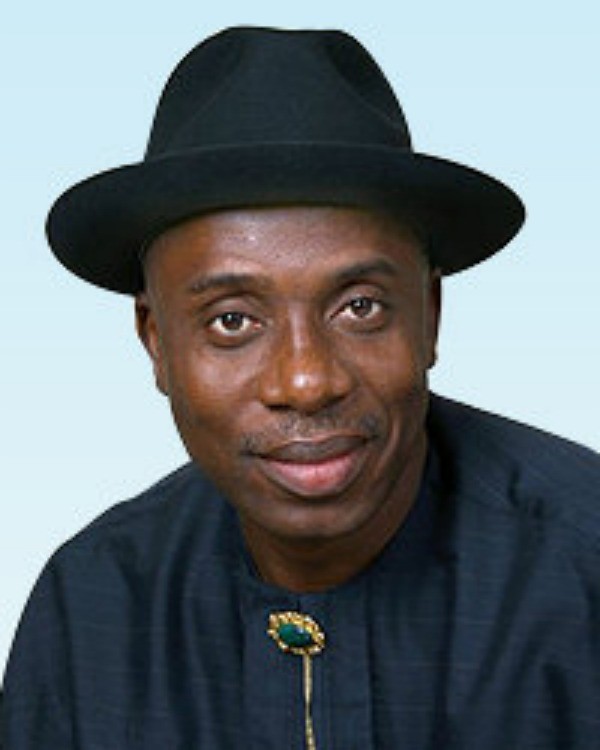 Rivers State Governor, Mr. Chibuike Amaechi, at the weekend made a curious appearance at a fundraiser to build the Christian Police Chapel in Port Harcourt, where he shed light on the crisis of confidence that has pitted his administration against the police authorities in the state.

Amaechi, represented by his deputy, Mr. Tele Ikuru, at the occasion to raise N100 million to build the chapel, said his administration had no problem with the police but with the state Commissioner of Police, Mr. Joseph Mbu, whom he has accused of partisanship in the discharge of his official duties.

The state government and Mbu have been at loggerheads since the onset of the political crisis in the state occasioned by the sack of the executive of the state chapter of the Peoples Democratic Party (PDP) loyal to Amaechi.

The crisis took a turn for the worse last Tuesday when the police boss was accused of complicity in an attempt by five renegade members of the 32-member state House of Assembly to remove the Speaker, Hon. Otelemaba Amachree.

The impeachment bid degenerated into a brawl in the assembly as members, joined by suspected thugs, exchanged blows.
The next day, supporters of pro and anti-Amaechi lawmakers clashed on the streets of Port Harcourt, a situation that compelled the police to fire tear gas canisters into the Government House in a bid to disperse the crowd, some of whom had converged on the precinct of the governor’s office and official residence.

Last week’s melee in the state has continued to attract reactions as the Conference of Speakers of State Legislatures of Nigeria at the weekend condemned the attempt by the five Rivers State lawmakers to remove the speaker.

The Action Congress of Nigeria (ACN) also urged the Police Service Commission (PSC) to address the causes rather than the symptoms of the crisis in the state.

While the National Leader of the ACN, Senator Bola Ahmed Tinubu, accused the PDP of inflicting yet another mortal blow on Nigeria’s democracy, he warned that the crisis in Rivers State portends a grave danger for constitutional democracy and individual liberties.

Amaechi, at the fundraiser, told the gathering that the current face-off between the state government and the police was an individual issue, which had not affected the relationship between both institutions.

He said: “As a matter of fact, one will wonder why Rivers State is here today, especially when you know we are having issues with the police here and there. It is neither here nor there; but the bottom line is whether we are having issues or not, wherever we see a good thing we support it.

“I say so because today, in the history of the police force, at your headquarters, for the first time, you have been able to muster enough courage to say it is time we seek the face of God.

“And in seeking the face of God you said let us put up an edifice. Let us gather and build a house for the Lord.

The governor, who extolled the role of the police in curbing militancy in the state, said there was no way militancy would have ended but for the sacrifice of officers and men of the police force.

Over N22 million was realised at the fundraiser, which was also attended by Edo State Governor, Adams Oshiomhole, who was represented by his deputy, Chief Pius Odubu.

Also at the weekend, the conference of speakers condemned   the attempt by five Rivers State lawmakers to remove their speaker, describing it as unconstitutional and an enormous threat to the country’s democracy.

According to the chairman of the conference and Gombe State House of Assembly Speaker, Hon. Inuwa Garba, the action of the five legislators violated Section 92(2)(c) of the 1999 Constitution.

Garba, at a press conference in Gombe, said a speaker of any state House of Assembly could only be removed from office by a vote of two-thirds of the entire members of the House, adding that five cannot constitute two-thirds of 32 as was the case in Rivers State.

The body of speakers called on the National Assembly to intervene to save the country’s democracy from derailment.

It also asked the National Assembly to explore the constitutional process to mete out punishments to the five errant legislators, in order to serve as a deterrent to others who might be nursing similar plans.

It urged the police in Rivers State to provide adequate security at the state House of Assembly to ensure smooth legislative activities.

However, reacting to the decision by the PSC to probe the involvement of its personnel in the fracas in Rivers State last week, ACN urged the commission to address the causes rather than the symptoms of the crisis in the state.

The party said the probe should dig deeper into the genesis of the crisis.
In a statement yesterday by its National Publicity Secretary, Alhaji Lai Mohammed, the party said the statement credited to PSC Chairman Mike Okiro on the probe, suggested that the commission was only interested in the role of the police in last week clashes, rather than how the police hierarchy in the state wantonly allowed the flare-up because of its partisanship.

“Governor Amaechi of Rivers has documented, in a much-publicised letter to Mr. Okiro how the Police Commissioner in Rivers, Mr. Mbu Joseph Mbu, has thrown professionalism to the wind in pursuit of his narrow agenda at the expense of the security of the state.