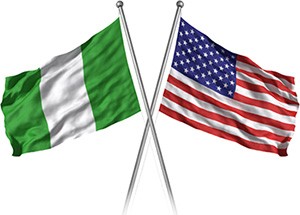 Psychologists have long informed us that people who feel that they are important to others tend to be more inspired in life. That’s why parents rarely wonder about the purpose of their lives.

Well, Nigerians may derive a similar psychology from a 103-report released recently by the U.S. Army’s Strategic Studies Institute. Particularly pertinent is that the report has a message for those Nigerians who think that Nigeria will be better off broken up.

“Nigeria can play a productive role in the region and contribute to global economic growth as a large, economically powerful unified state,” the authors assert. “At best, no group of conceivable Nigerian successor states would have the resources to continue these positive roles.”

And at worst? You guessed it.

In explaining the purpose of the report titled, “Nigerian Unity: In the Balance,” Douglas C. Lovelace, Jr., the director of the institute, warns that Nigeria is too important for American policymakers to ignore or misjudge.

“Nigeria is the key country in sub-Saharan Africa for the success of American policy and interests, but is poorly understood by policymakers,” Lovelace writes in the foreword to the report. “Nigeria is an African powerhouse blessed with a large growing economy, huge reserves of oil and natural gas, the largest population in Africa, a rich cultural diversity, and powerful regional influence.”

The document proper was authored by two retired veterans of the U.S. Army and Foreign Service, Gerald McLoughlin and Clarence J. Bouchat. McLoughlin is identified as “a retired U.S. Foreign Service Officer with extensive service in sub-Saharan Africa, most notably Cameroon, Mozambique, and Nigeria.”

To be a “foreign service officer” can mean a lot of things, of course, given especially that McLoughlin was educated at the U.S. Army College. The co-author, Clarence J. Bouchat, is a retired U.S. Air Force lieutenant colonel and senior researcher at the institute.

“Nigeria’s continuation as a cohesive functioning state is important to the United States due to the bilateral economic relationship, Nigeria’s influence in the international community, and its pivotal role for U.S. interests in sub-Saharan Africa,” McLoughlin and Bouchat write.

“Nigeria is central to U.S. interests in sub-Saharan Africa and important to U.S interests beyond the African continent. Its value to the United States is best understood in the context of post-Cold War sub-Saharan Africa’s growing strategic importance.”

The document goes on to note that sub-Saharan Africa is the source of many minerals and other resources that are critical to the world’s economy. And with Nigeria as the anchor, the region is also growing in importance as a market for American goods. It is important, therefore, that the U.S. government pursue policies to guarantee Nigeria’s stability, the document warns.

The authors also note the importance of continuing to pursue humanitarian causes, including human rights and improvements in health care in Africa.

“The centrality of the Federal Republic of Nigeria to the achievement of these interests is difficult to overstate,” the authors assert.

They particularly note Nigeria’s economic buoyance, diplomatic activism and military muscles as reasons the U.S. has to intensify its interest in and partnership with Nigeria.

Among other things, Nigeria is the United States’ fourth largest supplier of crude oil, accounting for 11 per cent of U.S. oil imports. Nigeria’s oil reserves rank tenth in the world, thus making it a long-term supplier.

Moreover, Nigeria’s natural gas reserves are largely untapped, despite the establishment in 1989 of the Nigeria Liquefied Natural Gas industry. When gas exploration reaches its peak, it is expected to supplant crude oil as Nigeria’s leading source of export revenue.

At that time, Nigeria will be set to become the economic and diplomatic giant that it has long been expected to be, the report states.

Besides its economic value to the United States, Nigeria is also valued for its military and diplomatic roles. “Nigeria is … one of the few credible Sub-Saharan African security partners for the United States,” the report asserts. “Nigeria… remains disposed and able to act regionally and, to some degree, outside the region.”

“It has long been the largest African contributor to United Nations peacekeeping operations in Africa and beyond.”

Still, the crux of the report is the Americans’ concern about Nigeria’s stability. The concern stems, of course, from what we know too well: the ethno-religious and regional tensions, insurgencies in the North and South, political immaturity and crass opportunism, and the insidious corruption that impedes economic development. It is a long list, and the report carefully details them.

The report also expresses concerns about managerial competence. “While there are extraordinarily talented individuals within the Nigerian civil service, the government as a whole often lacks the managerial depth to fully manage the political economy,” it states.

“This is most telling in Parliament, which is the only place where all regional and ethnic groups have a chance to be represented, but which often lacks the technical capacity to fully analyse its decisions.”

Still, for those who think that Nigeria is a sinking ship, the report offers some strong contrary indications. Regarding national integration, the report notes that inter-regional trade and co-dependence has unified Nigeria to an extent not readily appreciated. So have inter-regional population migrations, especially to the urban centres.

As to the economy: “Nigeria’s economy is large, reflecting its huge population and centuries of integration into the global economy. The Nigerian economy ranks 32nd in the world in GDP purchasing power parity, with $378 billion in 2010, and a very healthy real growth rate averaging over seven per cent since 2003.”

The report concludes that: “Although Nigeria’s fate is primarily in Nigerian hands, it can be positively affected by American actions. Nigeria’s future is in balance and the United States should help tip the scales. By helping Nigerians protect Nigerian interests, it will help protect its own.”