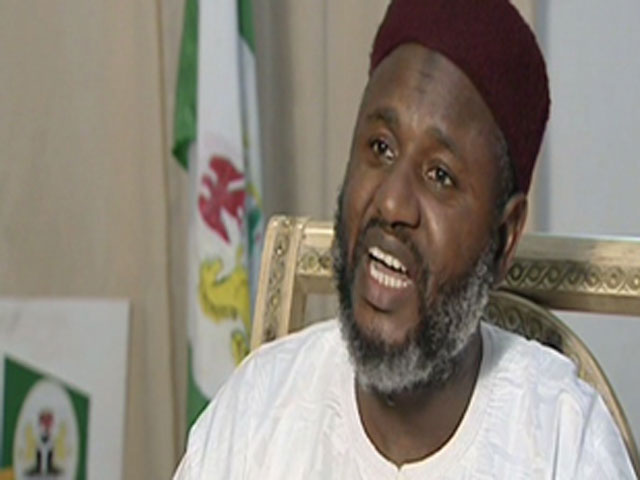 A lot of controversy has trailed the constitution review by the National Assembly but the biggest is what Nigerians now see as Senate’s approval of child marriage in Nigeria as canvassed by Sen. Yerima.  Immediately the news emerged that the senate has retained the provision that any “woman who is married is deemed to be of full age (18 years and above)” instead of the proposed amendment which seeks to deleted the provision. There was justifiable anger and uproar in the country. Many turned to the social media which has become an accepted medium of disseminating information to condemn the Senators.

Sen. Yerima who stood his ground when the Senate President was not going to allow him revisit an issue which was already passed was called various names which include Pedophile, a sexual Pervert to mention a few. In all sincerity I was also emotional and condemned the Senate for it actions by posting a tweet which label the Nigerian Senate a bunch of Jackass.

With the rage still in me I decided to take a dispassionate and unemotional look at the whole issue which has divided Nigerians along religious and ethnic line as usual.  To have a balanced view, I took a look at the Sec. 29 of the constitution which is now been referred to #S29 on twitter. To my greatest surprise, the section is under Chapter III of the ’99 constitution which talked about citizenship as against child right or child marriage has expected. The said section dealt with renunciation of Nigerian citizenship and it provides thus:

(1) Any citizen of Nigeria of full age who wishes to renounce his Nigerian citizenship shall make a declaration in the prescribed manner for the renunciation.

(2) The President shall cause the declaration made under subsection (1) of this section to be registered and upon such registration, the person who made the declaration shall cease to be a citizen of Nigeria.

(a) the declaration is made during any war in which Nigeria is physically involved; or

(b) in his opinion, it is otherwise contrary to public policy.

(4) For the purposes of subsection (1) of this section.

(a) “full age” means the age of eighteen years and above;

(b) any woman who is married shall be deemed to be of full age.

To really understand sub-section 4 it mustn’t be read in isolation instead it should be read holistically with the whole Sec. 29 which say only a person who is of full age can renounce his or her citizenship in Nigeria. Even if she is a married girl of 15 years old since she is deemed to be of full age by virtue of Sec. 29(4)(b).

Removal of Sub-section 4(b) of Sec. 29 was what Sen. Yerima who had married a 13 years old Egyptian girl in 2011 canvass against. In his view the provision is against Islamic law concerning marriage. He contested that it is not within the powers of the legislators to interfere in marriages under Islamic law and custom as provided in Item 61of the Second Schedule’99 Constitution which provides for Legislative powers for “The formation, annulment and dissolution of marriages other than marriages under Islamic law and Customary law including matrimonial causes relating thereto.”

In my opinion Sen. Yerima’s argument and the retention of Sec. 29(4)(b) raises some vital questions.

In answering question 1, I will apply a simple rule in interpretation of statutes in law. This rule is called the Literal Rule; this rule implies that when interpreting a statute the literal meaning and noting more should be applied. Applying this rule means once a woman is married, she is presumed to be 18 years and above even if she is a teenager of 17 years and below.  Why this is so I do not understand, what the draft-man who created this section sought to achieve I also do not understand. What I do understand his that he has created an avenue for child marriage.

When Sen. Yerima married the 13 years old Egyptian girl and the AG Federation was petitioned to charge him to court for a clear violation of Sec. 21 of the Child Right Act 2009. The AG’s flimsy but legal reason for failure to prosecute Yerima was that Yerima consummated the marriage under Islamic law therefore the Federal High court where he would have been charged lacks jurisdiction. This bring me to the second question, what is the relation between Sec. 29(4)(a)&(b) which provides for that a citizen must be of full age (18 years and above) before he or she can renounce citizenship of Nigeria and Item 61 of the Second Schedule which prohibit interference with marriage under Islamic law and custom.

To answer the question, it will be important to consider the implication of removing the said Sec. 29(4)(b). If the Senate had successfully removed the said section it would have become a crime in Nigeria to marry a girl who is underage i.e. below 18 years old by virtue of 21 of Child Right Act and will be punishable under Sec. 23 of the Child Right Act by either a fine of N500,000 or imprisonment for 5 years or with both fine or imprisonment. This in my opinion is what Sen. Yerima seeks to avoid and to achieve this he had linked the proposed removal of the Sec. 29(4)(b) with an interference with Islamic law concerning marriage thereby making the proposed amendment unconstitutional.

The third and final question is the most important question; it is whether child marriage is constitutional in Nigeria with the retention of Sec. 29(4)(b). The answer to this question in my opinion is a YES. By virtue of the said section child marriage is legal and constitutional despite the Child Right Act prohibition of child marriage. The juxtaposition of Sec. 29(4)(b) of the 1999 constitution and Sec. 21 of the Child Right Act makes the latter null and void to the extent of it inconsistency with the former as a result of the supremacy clause contained Sec. 1(3) of the 1999 constitution.

With Sec. 29(4)(b) still present in the Nigerian constitution the girl child in Nigeria is under a lot of danger irrespective of The Child Right Act which is supposed to guarantee the right of children. In as much as I wish to condemn Sen. Yerima and other Senators who denied the girl child an opportunity for survival and development they have done what they did within the ambit of the law and I am afraid there is next to nothing that can be done to change it. It is not within their power as long as Item 61 of the Second Schedule is still present in the constitution.

Another issue which is of concern to me is what would have been the implication if the Senate was successful in resolving that the section in contention be removed. That would not have stopped child marriage in Nigeria because Yerima and his likes would still consummate their marriages under Islamic law but at least it will remove it from our constitution therefore giving child marriage a fragile back bone.

The crux of the matter is that the Senate has discovered an anomaly in the constitution which pose great and imminent danger to the girl child and Nigeria as a whole but it cannot correct or remove it because the country has been shaped as a fundamentalist inclined country rather than one based on simple moral and value for humanity.

Child marriage defies all morals, this in my opinion should supersede every other thing. Instead a group of people have chosen an aspect of the law and possibly religion to arm twist the Senate into allowing a grave and imminent danger to go unchecked. The rebound effects of child marriage are negative, destructive and endless.

Whether Islam allows the marriage of a girl child is another topic to be trashed out by Islamic jurist and scholars.  The issue at hand is that the survival and development of the girl child must be guaranteed and it is a responsibility for every one of us irrespective of ethnicity or religion. We must continue not only to agitate for the removal of Sec. 29(4)(b) but also discourage child marriage in its entirety.