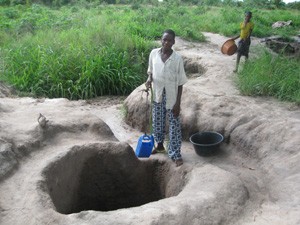 When I thought of choosing this topic as my focal point, I was a bit skeptical because I don’t want to say one thing and Dr Okonjo Iweala who is the minister of the economy would categorically say another because of the figures involved. However, as a citizen of Nigeria who is fully aware of the benefits of the freedom of information bill passed into law, I thought to express my view demographically on the unprecedented poverty that is spreading across the zones in the country.

It is safe to say we are blessed and it is also safe to say we are cursed, the mystery surrounding our existence as a nation till this moment can be attributed to the will of God because it is hard to find any nation that has what we do have in terms of natural and human resources and it is also hard to find a nation that has abused the privilege we have. Roman Emperor, Marcus Aurelius has this to say about poverty and I quote “poverty is the mother of crime” some will argue for, and others will argue against it but in my opinion, any society that cannot provide for the poor cannot protect the rich

Nigeria is a country with 170,123,740 million people, 250 ethnic groups with abundant natural resources. It is meant to be a pioneer among leading countries in the world when it comes to anything that has to do with human and natural resources yet the country is left to battle with those that have nothing but are managing to create something out of nothing. According to research, it was found that the age groups of those between 24 to 54 years constitute 30% of the population, which represents 51,023,122 of our population, they also form our work force. The class of 0 to 14 years is 43.9%, a very high figure of 74,630,000 million children, those within the age range of 15 to 24 equals to 19.3% which is equivalent to 32, 323,510 million people, the group that should retire but wont retire as in Nigeria’s case are the class of 55 to 64 years, they make up 3.8% of our society, that is 6,464,702 million people. This class are mostly part of our problem but their colleagues from 65 years and above who represent 3% of our population have their own share of 5,103,712 million people, the likes of Olusegun obasanjo, Bamanga Tukur belong to this class yet they sometimes claim to be youths depending on how the opportunity presents itself.

Critically looking at these figures, my analysis will start with the class of 0 to 14 years, if Nigeria has a population of 170,123,740 million people and 43.9% is credited to this class, which means there are 74,630,000 million children within this age group. This figure is higher than the population of our working class all combined, those within 25 to 54 (30%) years and 55 to 64years (3.8%) respectively. With the present situation in the country, where 70% of the population are living below the poverty line, it is fair to say that most of these children do not have access to good education, safe drinking water, many are starving and also do not have good shelter. The schools are now built by the rich for the rich as the public institutions are left to decay without any other alternative for the poor. The children of today shall rise someday to be the leaders of this nation, not providing a fertile and conducive environment for these kids is equivalent to neglecting the future.

A very volatile age group is that of 15 to 24 years, any society that pays attention to this group is planning a better society. The very important factor that is needed to nurture this class is missing in our society, that factor is good institutions. There are 32,323,510 Nigerians in this age group, some are not in school, some just stepped into the college and some are about graduating into the unemployed society whichever be the case. The importance of this class cannot be over emphasized, if neglected some are forced into criminal activities, prostitution and every other menace in the society.

Nigeria is a country where gross domestic product is directly proportional to unemployment, our GDP rose from $223 billion (2011) to $262 billion (2012) fair enough but it is also true that our unemployment rate is increasing, currently at 23.9% as obtained from index mundi, but I do believe this figure is lower than the current unemployment rate. I do not understand the economics of Dr Okonjo Iweala, any society that refuses to engage the youths in the affairs that concern the present and the future will decay as time goes on.

The age group that has hijacked Nigeria are the class of 55 to 64 years, they constitute 3.8% of the population, that is 1.7 million people, in alliance with the class of 65 years and above, they are holding the rest of groups hostage since 1960. They are the beginning and end of our problem, holding onto authority when they ought to be preparing for retirement, and breed new leaders that will take over from where they stooped.

The bad eggs among them are more than the good eggs, recently read where the minister of petroleum during the Abacha regime said he ONLY got 39 Billion naira, from the recent Malabu oil deal. For a state that takes 4 billion naira monthly from the federal allocation, 39 billion naira will finance its affairs for nine months, yet we have an individual cashing everything into his personal account, don’t forget that it’s a stipend to him ONLY. They continue to milk the country dry as they regard themselves as youths while we continue to sink every day, they continue to promise us about a fruitful future as they harvest bad crops.

Those that ought to speak out are silent, the evil activities that are going on in the country should not be blamed on the evildoers but the good people that choose to remain silent as the events unfold. The challenges of every society lies with how to nurture the children to become better youths, providing the youths with fertile environment to become better leaders and creating a conducive environment for the retiring old age people. Nigerian leaders choose to neglect their responsibilities when it comes to these parameters. The old times are gone forever, looking into the past is a waste of time but looking into the future with not just hope and optimism but true test of patriotism will help resolve of our problems.

Nigerians are among the brilliant people in the world today, we are celebrated all over the world for achievements, some are good and some are bad. If only we can review our mindset, instill sincerity of purpose in ourselves, do away with selfishness and greed then our nation will rise to a greater height that will truly place us as giant of Africa as we are popularly known.