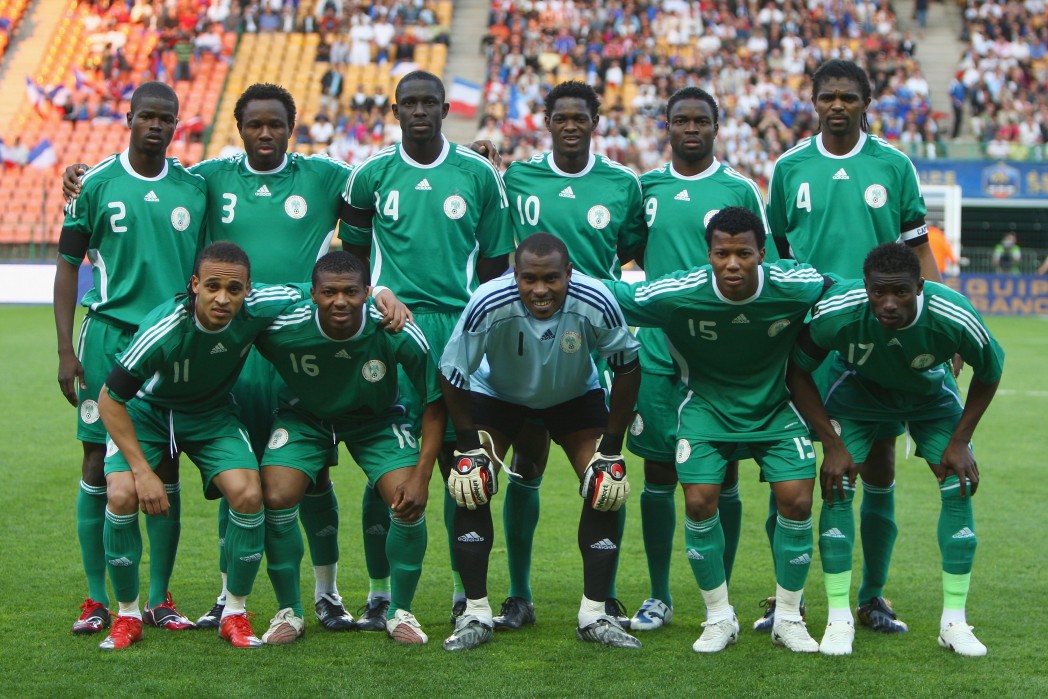 They once held sway assome of the most important players in the Super Eagles. At a point, they took their places in the Nigerian national team for granted, invitations to represent Nigeria was sometimes treated with levity as competition had virtually being eliminated from the national team. For one reason or the other, the trainers of the Super Eagles were not courageous enough to instill discipline and competitive spirit within the ranks. There was the issue between the foreign and local players.

Competing for national shirt was thrown to the dogs and the local players had no chance whatsoever to start matches. It was an era where you are only good enough to wear the green jersey if you play beyond the shores of this country. Even if you warm the benches in one of the most obscure football leagues in the world, you would still earn for yourself a call up to the Super Eagles.

It was an era that had huge appetite for the foreign but not really for the best.

However, just like every other thing on earth. The national team could not resist change when the time came. With the appointment of Stephen “The Big Boss” Keshi as the handler of the Super Eagles; events suddenly took a new dimension for the good of the national team. It does not matter anymore if you play in the Nigerian Premier League (NPL) or in the Italian SerieA; you have to compete to earn a place in the Super Eagles. The landlord mentality of most of the players has since been replaced with commitment towards the national team.

I will be giving a thought to some of the players who have suddenly found themselves on the outer as the Super Eagles as the African Champions prepare for the 2014 World Cup in Brazil.

For Joseph, it was always coming. As Alain Traore raced past Yobo and left Oboabona for dead to score the equalizer in the opening game of the Super Eagles at the 2013 African Cup of Nations tournament in South Africa. It was evident that time was almost up for one of Nigeria’s most capped players. He was swiftly replaced with the young Kenneth Omeruo and true to type; he ensured that Yobo never started a game ahead of him again till the tournament ended. Since then, the relationship between Yobo and Coach Keshi has been full of suspense as the Captain criticized Keshi of leaving him out even though he was physically fit. He has found himself on the outer as the Eagles prepare for the 2014 world cup in Brazil.

He emerged along with John Mikel Obi as one of the brightest stars of the World Youth Championships in Netherlands in 2005. TayeTaiwo immediately displaced Super Eagles first choice right back Ifeanyi Udeze, and immediately became fans favorite. However, since Taiwo left Olympic Marseille to join Italian giants AC Milanon July 9th, 2011; things have not really gone according to plan. He has had stints at Queen Park Rangers in the English Premier League and Dynamo Kyiv in Ukraine. On 5th July, 2013, Taiye Ismaila Taiwo signed for Bursaspor in Turkey, hoping to revive a dwindling career. As the Eagles prepare to take on the world in 2014 in Brazil, displacing FC Braga’s Elderson,  Echiejile will be one of Taiwo’s projects before the World Cup.

He was part of that Nigerian squad to the World Youth Championships in Netherlands in 2005. Sani along with Mikel, Ogbuke Chinedu, Onyekachi Apam and Taiwo all made it into the Super Eagles. Hell was let loose when he was sent off in a match against Greece on 17 June 2010, in their second 2010 FIFA World Cup match for kicking Vasilis Torosidis after Torosidis motioned as if to throw the ball at Kaita.

He became the first Nigerian player to be sent off in a World Cup match. Greece went on to score their first World Cup goals and win their first ever match in the World Cup. Sani Kaita was inundated with death threats from. Kaita has remained in the wilderness ever since.

With 21 goals for the Super Eagles in 57 caps since making his debut in 2000, and 96 English Premier League goals to his credit. You would expect that Yakubu would be a Nigerian legend, but far from it. Yakubu’s body type is such that he doesn’t look much like an athlete. He also has — rightly or wrongly — a reputation for being lazy and not doing much off the ball. Most Super Eagles fans remember the Yak for that unforgivable open goal miss against South Korea at the 2010 World Cup. The Yak has since the 2010 World Cup found invitations to the Super Eagles hard to come by. He is winding down his career in faraway China. Attempting to make the 2014 World Cup party must be a tall dream for the YAK as the Super Eagles has since evolved. You must earn your place in the team.

Osaze was once loved by the Nigerian fans, but his attitude has since brought him on collision course with the authorities and the fans. Osaze has what it takes to still be leading the Super Eagles front line, but he has work himself into the bad books of virtually all Super Eagles coaches from ShuaibuAmodu, Lars Lagerback, Siasia to Keshi. The result of which is that, he was excluded from the 2013 AFCON finals in South Africa and recently the Confederations Cup. The rumor mills have it that Coach Keshi could still offer an olive branch to Osaze. Until that happens, the likes of Brown Ideye, Emenike and maybe Everton’s Victor Anichebe will be leading the Super Eagles front line in 2014.

He is a soccer writer at (www.myopinion.com.ng)