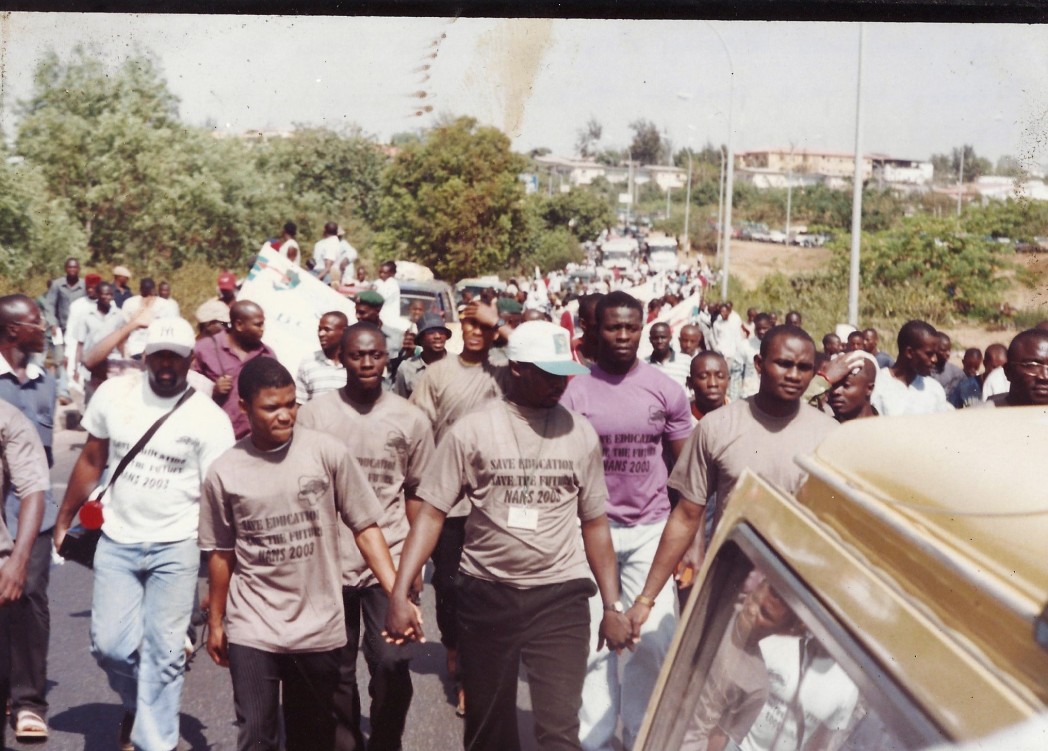 I am an unrepentant (howbeit constructive) critic of the current crop of leaders emerging in the student movement. If there was any doubt as to the ideological death of the current ‘student’ body, NANS, it would have been dispelled by the recent press release they issued. NANS claimed that they weren’t ‘consulted’ by ASUU before they embarked on the strike, bla, bla, bla. I ask, why will they be consulted? We all know their antecedents. We all know who their true masters are. We all know who their paymasters are. We all know where their allegiance lies. Someone should tell these hypocrites to shut the hell up!

Where was NANS in times past? Where has NANS been when students are being made to suffer in their schools? Where was NANS when OOU School fees/repetition struggle was on? They promised to come, they made all sorts of noise, and in the end, they refused to come, and ended up issuing a joint press statement with the Ogun State government. I ask, how do you expect an ASUU President that is ideologically-clear to consult a NANS leadership that is bereft of ideology before embarking on strike. I was at the NANS convention held in UYO, I saw what transpired. I saw the open buying of votes. I saw senators selling their votes openly. Tell me what the hell you expect from such leadership that emerge from such a process.

An ideologically-clear student body won’t criticise ASUU for cleaning up their mess for them. An ideologically-clear NANS won’t challenge NANS for helping them demand for what they have failed to demand for in times past due to their undying thirst for pecuniary gains. And definitely, an ideologically clear NANS leadership would be rallying the students together in support of ASUU, educating them on the demands of ASUU, its implication, what it entails for Nigerian students, and the need to collectively find a lasting solution to these problems plaguing the educational sector instead of creating a divide between students and ASUU or make it look like ASUU is the problem, instead of the government.

These are ideologically dead people. NANS itself is just a name now; it has lost the backing of students; it has lost its right to speak for students; it has lost all legitimacy; it has done away with the ideologies on which it was founded; it is DEAD! To expect ASUU to inform them of their plans is to ‘unconsciously’ sell themselves to the government, as those NANS executives will take the news back to their paymasters in government and foil ASUU’s plans before they even act at all.

Someone should tell the hypocritical NANS executhiefs and comeraids to shut the hell up, stop this dance of shame and stop making fools of themselves.