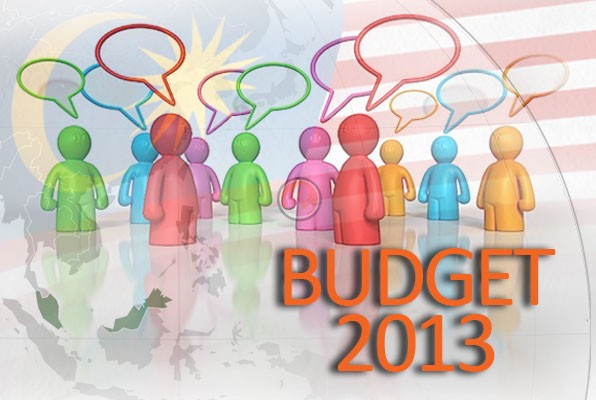 If there is anything that currently tells a compelling story about the state of our nation, it is the developments surrounding the 2013 Appropriation Act. When it was passed in record time last December by the National Assembly, it was hailed by many Nigerians as perhaps the dawn of a new era. But we have now entered the third quarter of the year without a clear sense of what budget the federal government is actually implementing.

To be sure, we currently have a budget, passed by the National Assembly on December 20 last year and grudgingly signed into law by President Goodluck Jonathan on February 26 this year. What has been in contention is the powers of the legislature to alter the estimates proposed by the executive. The most controversial of all the issues remains the reduction in personnel costs of certain MDAs as well as in some capital allocations. For instance, principally out of legislative pettiness, the Securities and Exchange Commission (SEC) was awarded zero allocation in the 2013 Budget.

Of wider implications is the manner in which the National Assembly has cut the votes for critical capital projects, considering the huge infrastructural gap in the country. Some of these projects include the Abuja-Lokoja Road, Kano-Maiduguri Road, Ibadan-llorin Section, Jebba Bridge, second Kaduna-Kano 33KV DC, Gombe-Yola-Jalingo 330KV DC line, Maiduguri 330/132KV sub-station; Kaduna-Jos 330KV DC line and a few others. By slashing the funds meant for these projects, they are furthering the serial non-performance of the budget, a situation that we have lived with over the years. For instance, out of the total 2012 Expenditure of N4.13 trillion, only N744 billion which represents 18 percent of total expenditure was released for capital projects. Yet even from the N744 billion that was released, only N686 billion was utilised by the MDAs.

It is instructive to note that before the 2013 appropriation bill was signed into law, the president had an understanding with the leadership of the National Assembly that an amendment bill would be submitted soon afterwards. However, the three-volume document that would follow, as far as the lawmakers are concerned, merely seeks to rewrite the appropriation act by restoring almost every adjustment they had done in the consideration of the budget estimates, allowing only the addition of the total amount due for members’ zonal intervention projects.

Indeed, the lawmakers do have their point, especially considering the fact that the discussions they had with the president before the assent to the budget captured some concerns mutually shared. One of these, I understand, was the shortfall in personnel vote to the tune of about N30 billion. As a member of the House of Representatives appropriations committee told me, although the figure for personnel in the 2013 budget is about 1.650 trillion, the only reason why the Ministry of Finance has twice provided figures of the billions of Naira they “saved” from ghost workers is because of this initiative on personnel cuts by the National Assembly. It also does not speak well of the executive that almost a quarter of our crude oil production is being lost to some criminal gangs on a daily basis and there seems to be neither the willingness nor the capacity to deal with this development which puts our nation at risk.

Yet the lawmakers also have their excesses too. While I concede to the National Assembly the power of appropriation, what they have done with certain aspects of the 2013 budget is nothing short of cannibalization, just to cream off money for their controversial constituency projects. There are even questions about those projects: how did they cost them? Where are the designs? Who are the contractors? Do they align with the overall national plan? Do they make economic sense? These are a few of the pertinent questions, given that the monies allocated to some of these projects are so patently inadequate that one wonders whether they would not be diverted for other things, which then raises questions about transparency and accountability.

However, whatever one may say about “constituency projects”, the lawmakers are equally aware that on the executive side, the projects being promoted are also not necessarily in the overall public interest. They know the road that leads to a minister’s small community and that the water scheme or health centre cited as “priority projects” in the budget may just be because some powerful people hail from there. So, with that awareness, it is easy for the National Assembly members to bully the executive when ministers complain about constituency projects and that accounts for why budgets hardly make national impact.

Incidentally, given the primordial considerations that inform the location of projects, it is then easy for us to understand why there have been a progressive decline in the development of our nation over the years. For instance, when the late Chief Obafemi Awolowo conceived a university that would compete with any in the world during the First Republic, he domiciled it in Ile-Ife and not Ikenne, even when there was already a university not far away in Ibadan. The late Sardauna of Sokoto, Sir Ahmadu Bello, did the same in establishing a university of global standard which he then located in Zaria. I am very sure the late Dr Nnamdi Azikiwe had sufficient clout to have taken the University of Nigeria to Onitsha but he allowed it to be cited in Nsukka, which provided a serene and better learning environment.

But ever since the late Prof. Ambrose Ali, as Governor of the old Bendel State (now Edo and Delta), opened the floodgate in the Second Republic by siting the state university in his native Ekpoma, that has become the tradition for almost all our public office holders, from the state to the federal. What this sort of nepotism, indeed corruption (since public policy is being tailored for status gain), has created is a situation in which budgets are now instruments for the promotion of some personal interests such that every public office holder sites projects in his/her village and in the villages of their spouses and friends. The implication is that the national landscape is now strewn with academic institutions, hospitals, roads etc. that neither advance our national economic developments nor for that matter even make political sense.

Ordinarily, a budget is government’s most important economic policy tool for the purpose of translating policies, commitments and goals into decisions on how to use scarce resources to meet competing national needs. That explains why the capacity of any country to reduce the number of her citizens ravaged by poverty is directly correlated to how effectively public resources are deployed to meeting the basic needs of the poorer segments of the population in such areas as health, education, water etc.

The timeliness, transparency, formulation/composition, execution and evaluation of impact of the public budget all work together in a cyclical manner to determine how well revenues and expenditures by government address the needs of citizens and the macro economy more broadly. And when a budget system is effective like that of China has been over the last three decades, the positive impact is sustainable fiscal policies and economic growth that can translate to significant poverty reduction and massive job creation. Unfortunately, our own record with budgets is dismal and primarily explains the contradiction between the massive oil revenues Nigeria has earned over the last five decades and the level of poverty in our country.

From the foregoing, it is safe to conclude that our economic problems are the results of faulty budget choices while delay in disbursement of funds and poor budget performance boil down to the overall crippling of the economy. It also does not help in transparent monitoring of funds as a rush in capital releases at the end of a fiscal year often breeds lack of oversight and is also prone to abuse of process.

While it is important that the current impasse over the 2013 Appropriation Act be quickly resolved, the real problem that has to be addressed is the lack of planning in the budget process. Going forward, I believe it is time to link capital projects to the National Planning Commission, which has to be re-invigorated to play its vital role in the overall development of the country. Meanwhile, the dire economic implication of the paltry budgetary provisions for certain major national road arteries should compel a rethink, as a matter of utmost urgency.