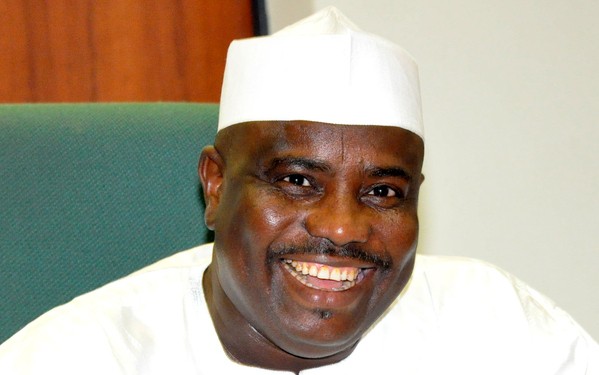 The Speaker, House of Representatives, Alhaji Aminu Tambuwal, has said a revolution is due in Nigeria because of endemic corruption in the country, coupled with the general disaffection of the people  with the ruling elite.

He said the kind of conditions that must subsist in order for any talk of revolution to be taken seriously were widely evident.

Tambuwal stated these in Lagos on Tuesday at the 2013 Distinguished Management Lecture of the Nigerian Institute of Management (Chartered). The occasion had the theme, ‘The role of the legislature on the economic, infrastructural and ethical revolution in Nigeria’, where he was invited as a guest speaker.

He said, “The most compelling reasons for revolution throughout the ages were injustice, crushing poverty, marginalisation, rampant corruption, lawlessness, joblessness, and general disaffection with the ruling elite. You will agree with me that these describe conditions in our nation now, to a very large degree.”

Tambuwal, who was represented by the Chairman, House of Representatives Committee on Legislative Budget and Research, Mr. Opeyemi Bamidele, said over the years, successive governments made efforts to deal with this menace, but to no avail.

“That these conditions exist is well known to all persons in authority but the results of these successive efforts have failed to yield the desired results. This therefore is the justification for the radical change from the present approach to a revolutionary one,” he stressed.

From the perspective of legislation, according to him, the most critical role that the legislature plays is through the annual appropriation bill, as every year, pursuant to the Constitution, the executive submits its budget estimates for legislative scrutiny.

The Speaker said as representatives of the people, the legislature ensured that the more critical needs of the people got priority attention, as efforts were made to ensure equitable distribution of projects.

He said, “The effort of the National Assembly to handle appropriation to meet the yearning and aspirations of the people has been met with serious resistance; yet it is something we must do.

“It is perhaps important to emphasise that if our economy is to be turned around, our annual budgets must prioritise programmes and projects that deliberately address issues of poverty alleviation,  job creation and security of lives and property.

Earlier in his welcome speech, the President and Chairman of Council, NIM, Chief Michael Olawale-Cole, had said more than ever before, Nigeria needed an urgent intellectual revolution to the many leadership challenges besetting it.