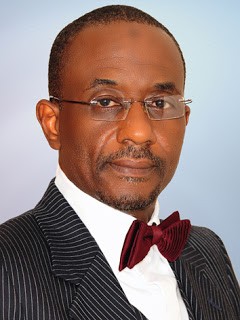 Nigeria’s hope of early economic rejuvenation and growth may have been sadly foreclosed by the Governor of the Central Bank of Nigeria, Lamido Sanusi, in a recent presentation to the House Committee on Banking and Finance in Abuja, when, despite the clarion demand by industrialists and Chambers of Commerce, noted that, “Although the CBN has put in place several monitoring measures to ensure stability in the economy, it was not possible to guarantee the delivery of low interest rate, due to the harsh business environment in the country.”

Consequently, while the benchmark interest rates in successful countries with inclusive growth and supportive social welfare are generally below three per cent, our CBN policy rate may indeed rise above the current outrageous level of over 12 per cent, and therefore sustain cost of funds to a beleaguered real sector at well over 20 per cent, while savings deposits attract less than five per cent!

Incidentally, no economy can grow optimally without those loans, which are, universally, primarily provided by commercial banks for investment; nonetheless, poor access and high cost of funds to the real sector remain major obstacles to successfully harnessing our rich resource endowments.

A banking licence from a Central Bank permits domestic banks to lend up to 10 times the value of cash deposits collected from customers; the banks would in turn cover the inevitable cash short-falls from such lending, whenever necessary, by borrowing directly from the CBN at marginally lower rates.

Consequently, the level of inflation in any country is primarily a product of consumer demand and cost of funds, as prices of goods and services would ultimately rise or fall in relation to the prevailing demand for goods and services and the cost of borrowing, which, itself, is predicated on CBN’s benchmark lending rate to the banks.

Notwithstanding, Sanusi maintains that, “The likelihood of the interest rate coming down in the current environment is very low; in fact, there is a higher likelihood of interest rate going up than coming down”, because, according to the CBN Governor, low interest rates will “reverse all the gains we have had on stability”.  (See The PUNCH, Thursday, July 18, 2013, Pg 29).

Discerning observers may however, consider this assertion to be a deliberate misrepresentation of the quality of the apex bank’s performance under the existing 2007 CBN Act, which defines the CBN’s core mandate, in Sanusi’s words, as the “delivery of price stability, protection of the external value of the nation’s currency, management of the country’s reserve and ensuring financial stability”.

Although Nigeria’s year-on-year rate of inflation may indeed have remained stable at an average of about 10 per cent over the years, however, such a high rate of inflation actually obliterates income values every 10 years, and  inadvertently poisonously underpins our beleaguered economy with the consequences of rapidly dwindling purchasing power and consumer demand and reduced savings and employment opportunities.

Paradoxically, Sanusi blames this debilitating state of affairs on the fiscal policies of the Federal Government, and insists that, “We can only see a moderation in the lending rate, when government borrows less, and (if) the rates paid by government for such borrowings come down…If government is borrowing at 13 – 14 per cent, and funds huge fiscal deficits, (i.e. government expenditure exceeds revenue), the private sector will have to pay even higher interest rates”.  Haba, Mr. Governor!  Who is the government?

Nonetheless,  there is little hope that huge fiscal deficits would be reduced any time soon, especially when the Coordinating Minister of the Economy and Minister of Finance, Dr. Ngozi Okonjo-Iweala, recently expressed concern over revenue shortfalls caused by massive crude oil theft and dwindling export demand.

In reality, Sanusi is actually being economical with the truth on the impact of the cost of government long-term borrowing as the cause of high interest rates.  The CBN has in fact, successfully deployed disinformation to hoodwink Nigerians (the National Assembly and the media inclusive) from recognising the negative impact on interest rate, whenever the apex bank itself regularly borrows in order to control perceived “excess” money supply in the system, by selling treasury bills bearing over 10 per cent rate of interest, when, in fact, similar loans in better managed economies do not exceed two per cent!

It is clearly hypocritical for Sanusi to decry the cost of government’s long term loans (3 – 10 years) at 13 – 14 per cent, while remaining silent on the CBN’s reckless constant crowding out of the real sector in the credit market, when the apex bank borrows (for short-term – 360 days), hundreds of billions of naira it intends to simply keep idle at rates above 12 per cent, every month. This voodoo economic measure only happens in Nigeria.

The stupendous profits posted by Nigerian banks despite contracting industrial activities and the current high rate of unemployment are ample testimonies of who are the actual beneficiaries of the CBN’s anti-social strategy for maintaining spurious economic and price stability.

This obtuse monetary strategy curiously encourages foreign investors to borrow at less than three per cent from abroad and obtain returns of up to 12 per cent, when such foreign loans are deployed into the purchase of “risk-free” treasury bills issued by the CBN.

Alarmingly, however,  Sanusi similarly insists that, “The low rate of industrial activities is not so much the result of high interest rate but the result of our infrastructural deprivations, such as power, security, or indeed, storage facilities and cold rooms”…. It is not about moving interest rate down or up; most of the SMEs do not have access to credit because the environment does not allow businesses to thrive”.

Indeed, if the lending rate to SMEs, for example, was as low as three per cent as in successful economies, rather than the current level of over 20 per cent, surely, there will be greater motivation for entrepreneurs to borrow and still “conveniently” accommodate the forced additional cost of power, security, storage, etc, from the savings from a benign interest rate regime.  The cost of procurements for both machinery and materials in all sectors, including agriculture, which is dependent on credit for operational growth, would fall and ultimately translate into a more competitive economic and business environment with unbound employment opportunities, industrial regeneration and upliftment in mass social welfare!

Ultimately, the truth, of course, is that the cost of funds will never be industrially friendly, not because of government’s fiscal strategy or infrastructural deficit, as claimed by Sanusi, but because the CBN continues to create the spectre of excess cash every time it substitutes naira allocation for dollar derived revenue.  Curiously, while the CBN’s self-styled “own dollar” reserves continue to bloom, ravaging poverty concurrently deepens nationwide.