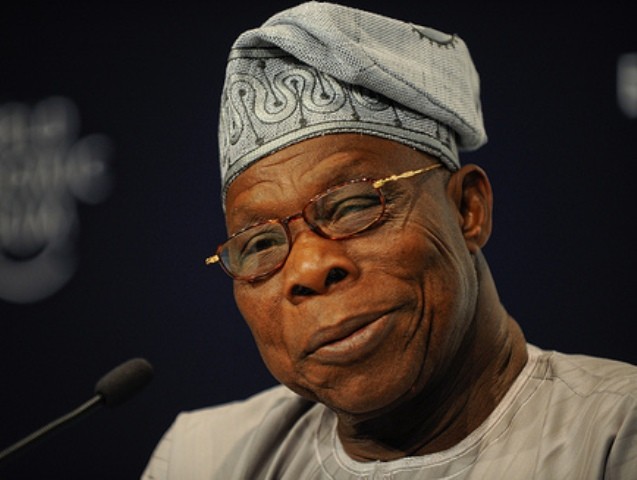 When former President Olusegun Obasanjo penned his war memoirs, he called it My Command, a cocky title since no one expected anything less than command for a general’s account of his soldiery during the Nigerian Civil War. Again whose command should it have been? Could he have woven the war tales of another general? Readers would have called him presumptuous. Yet, when his fellow combatants read his story, they called him presumptuous. They implied that the earthy man lied through his pen, the man who ran this country twice, once as civilian and the other as soldier, who claimed victory for the war, who affects the air of the soldier as statesman, who even tinkers with the toga of thinker, was not the soldier he claimed. To his credit though, Obasanjo might have claimed to be a soldier but not a gentleman.

Last week, in the presence of other generals, a new book was launched by a participant and witness. The book, titled The Tragedy of Victory, shot to attention through a series of interviews the author, General Alabi Isama, granted this newspaper.

At the Nigerian Institute of International Affairs, the book, My Command, was ambushed, tackled, shot and killed. It was also buried without fanfare. The command was led by Isama, with a book as counter-narrative. The pictures and maps served as artilleries, the memories and other documents as bullets. But the witnesses who materialised on stage at the launch starred as the bombs. The grenadiers include the urbane General Alani Akinrinade, the fiery General Theophilus Danjuma, the genteel General Yakubu Gowon as well as General Mobolaji Johnson, General Sunday Tuoyo, Col. Oyinlade Iluyomade, aka Hitler, Major Salau. We also had the female testimonies from Mrs. Utuk and Senator Ita-Giwa.

The witnesses came one after the other to attest to the testimony of Isama. Two truths cannot inhabit one room, since one represents light and the other darkness. With the blast of illumination from Isama’s book, Obasanjo’s My Command slid into an obituary. So My Command, aged 32, was buried in a ceremony of witnesses. Kunle Ajibade, a master book reviewer, brought the book alive for the audience. For irony, a lady named Taiwo Obasanjo, the creator’s ex-wife, said the closing prayers.

When generals tell war stories they owe us truths. It is a point of view but it ought to be faithful to facts. Hence other generals have written stories like the legendary but brash George Patton who titled his memoirs War As I Knew It.

My Command told basic stories. One, that he was the true hero of the 3 Marine Commando. Two, all the other generals and subordinates stumbled. Three, that he crafted the strategy that ended the war. That the 3 Marine Commando women operated mainly as flesh comforts for the soldiers. Maps also told the stories. Isama called Obasanjo a blundering general. Obasanjo denied the claims. At the launch, he painted a picture of a fleeing Obasanjo in battle who suffered a bullet in the buttocks.

Isama’s account made better sense to me because of the authority of the pictures and maps and the consistency of the narrative. Nothing helped this position than the corroboration from Akinrinade and the others.

Isama’s book told important stories. One, that General Benjamin Adekunle, who commanded the division before Obasanjo took over, gave a good account of himself until the latter part of the hostilities when he became paranoid. According to Isama, and confirmed by Akinrinade, Adekunle plotted an ambush and murder of the two gentlemen. Adekunle, through his son, backed Isama’s accounts. The book also unveils the interconnectedness of the war, Igbo fighting for Nigeria and Nigerians fighting for Biafra. Isama shows pictures of Igbo caught in battle but they signed up to fight for Nigeria. It depicted the war as a meaningless bloodshed of brothers.

Gowon came across as a bumbling commander in chief who ran a war without a central command. Isama fought shy of that conclusion but it was obvious as General Madiebo affirms in his books. Akinrinade confirmed this in a recent interview with this newspaper. Gowon could not rein in his errant generals. He also has blood of thousands on his hands for not stopping General Murtala Muhammed from forcing his troops across the Niger Bridge. As Akinrinade and also Isama show, it threw soldiers into a suicide dive. Murtala, the erratic general who played hero in his short time as Nigeria’s ruler, gave account of himself as a strategic tragedy, bearing deaths and wounded. He could not escape the charge of genocide in the Igbo-speaking Midwest.

Also bumbling was General Shuwa, who commanded the First Division. He kept moving from village to village in the East, a thing that forced the Igbo into a rudderless life of impoverished wanderers. Nigeria did not design the war to kill Igbo but to defeat Biafra. His understanding of war, as Akinrinade himself confessed, could have taken the war another ten years. Those who call Shuwa a hero miss the point, and Gowon, the leader, played the politics of survival and let Shuwa and Murtala their tyrannous runs. Gowon became head of state as a Christian, non-Hausa-Fulani compromise in the aftermath of the pogrom that killed Igbo and other southerners who were not Yoruba. Historians should get the facts right. The pogrom was directed at Igbo but killed non-Igbo in huge numbers. That accounted for the preliminary neutrality of Midwest at the beginning of the conflict. No one has accounted for the number of Efiks, Annang and Ibibio slaughtered in the North. The phrase Igbo pogrom understates the fatalities of other ethnic groups.

Gowon wanted to entrench himself and so would not upset his applecart by expressing authority over two supposedly northern generals. Murtala was from the old Midwest, now Edo, by birth, although he lay claim to the North. Gowon was, therefore, too weak a soldier to craft a grand scheme and implement them. He was lucky Biafra did not pull through Ore. Thanks to soldiers like Iluyomade who held off the numerically superior Biafran troops.

In Isama’s narrative, the Biafran army blew important opportunities to win the war early. Why did Ojukwu, another bumbler, ask his army to undertake a long trek to Lagos? Why did the army not restrict itself to defend the East, which was the seceding entity? It was Ojukwu’s ego, his rivalry with Gowon but also, ironically, his divided selves as a Biafran who also was instinctively Nigerian all the same. Frederick Forsyth, who worked for Ojukwu, wrote recently that Victor Banjo lost the war. Banjo was an opportunist who hoodwinked Ojukwu but wanted to take over the country in the so-called Third Force. The Ija Ore that resulted led to a disorganised Biafran retreat to the Midwest. Why again did Biafra want to pass through Ibadan? Other routes of surprise existed? Say, for instance, Ilorin. The Ore narrative is still not fully told as yet.

Why did Biafra recruit many Midwest Igbo officers of sterling records and abilities, and why, according to Isama, were all of them either locked up or killed for being saboteurs? The story begs for details how a whole corps of officers, who exhibited Biafran elan at the outset, became enemies? Was Ojukwu, like Adekunle, not paranoid? Isama said Adekunle wanted to conquer Aba, Owerri and Umuahia (OAU) to make a meeting of the Organisation of African Unity meeting in 1969. He neglected counsels of caution from Isama and Akinrinade about taking Owerri head on.

Isama argued that Obasanjo took over and wanted to continue Adekunle’s follies. Obasanjo’s first foray was a disaster. He also remained in Port Harcourt and did not know how Akinrinade finished the war but used subterfuge to ensure that other generals like Shuwa, Muhammed, Adekunle did appear at the Biafran surrender ceremony.

Was it not a statement of Ojukwu’s naivety that he had the best officers but failed because of strategic errors? As Tolstoy shows in his book of love and generals, War and Peace, a war is won not by those who shoot the gunpowder but those who devise the strategy. Ojukwu assumed that his army alone could win the war. Shuwa thought so too. Germany had the strongest army in the world when World War Two began; so did Napoleon in his wars. Weather, more than American prowess or Russian doggedness, humiliated Hitler. Snowed crippled the “little” generals machine.

From Isama’s account, Biafra succeeded in propaganda to the outside world, but did not win the hearts of the minorities in the present Rivers, Cross River, Akwa Ibom, Delta, Edo and Bayelsa states. They easily signed on to fight for 3 Marine Commando.

Isama’s book raises many more issues. It is a book written with decency and candour but shows that war never solves anything. Germany rules Europe now without a shot, and all the battles have turned out to be a waste of lives. Isama did not want the fire of hate but healing power of truth. That is what My Command lost. We gained a better story from Isama