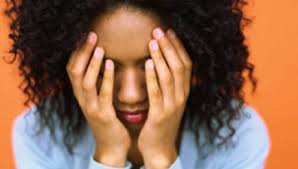 I made a quick research trip to Nigeria last November. It was the first visit in six years that I was making for a reason other than death. I was therefore quite elated about being in Nigeria. That is, until I tripped and fell badly in the driveway of a hotel in Uyo. My “political detractors” said the goddesses (or witches?) of Akwa Ibom were punishing me for not being a card-carrying member of the political praise singers club of Akwa Ibom.

Last week Thursday, as Americans celebrated Fourth of July, I set out on a 24-hour continental journey. At a United Airlines check-in gate at the Phoenix Sky Harbor International Airport, I tripped and hit my left foot on someone’s carry-on bag. At the end of the two and half hour flight from Phoenix to Houston, my foot was so swollen that I couldn’t get into my shoe. I couldn’t walk either. I recalled a common expression: “Houston, we have a problem.” My condition in Houston certainly qualified, though this time I was calling Megida in Phoenix to give him the bad news.

The paramedics who came offered to take me to the ER. I didn’t want to be in a hospital so far away from home or delay my journey by 24 hours. I opted for the only First Aid possible: an ice pack and bandage. The bandage didn’t do much besides announcing to the world that an injured or disabled person, according to one United Airlines personnel at the Lagos gate, was coming through. I appreciated the courtesy of priority boarding but resented the reference to the three passengers in wheelchairs, including me, as “disabled people.”

My friend and brother, Dr. Chukwuemeka Eleweke, once told me that the politically correct phrase is “people with disabilities.” This acknowledges the fact that disability in one area does not equal disability everywhere. He is an excellent exemplar. Deafness has not stopped him from holding many master’s degrees and at least two doctorates. His area of research is pediatric audiology.

Many activists in Canada and the United States strongly emphasise “abilities” in persons with “disabilities.” Public service announcements on TV celebrate this and encourage employers and the wider society to see beyond the obvious disabilities and value the whole person. The folks at United Airlines should therefore know better than to use “disabled people” in their priority boarding call. I also had issues with another word choice when a United Airlines staff in Houston who was writing up the report of my accident said I “refused” to be ambulated to the hospital. I spotted and overlooked many grammatical errors in the report but I had to ask him, ever so politely, to replace “refused” with “declined.” While both words denote the same thing, they connote different dispositions. One of the paramedics agreed that “declined” was more appropriate.

Yes, words are powerful and this is why being referred to as a “disabled person” rubbed me the wrong way. I hurt my foot some four hours earlier but the foot is only a part of me and not all of me, not my whole ‘person.’ While my political detractors may have their spin on how falls have marked my last two visits to Nigeria, the injury has given me a new perspective on a visibly invisible sector of our society. Or at least, I got to see the world from the viewpoint of people for whom the wheelchair is a main form of mobility.

On the surface, the wheelchair is convenient. It also signifies vulnerability and discomfort and I got a full taste of these emotions and then some. I observed the sympathetic glances, the quick double takes or studious avoidance of eye contact. Many cloaked me with invisibility in their indifferent glances. Some stepped around me as if I was in the way, cramping their lifestyle, or perhaps they wanted to avoid catching whatever it was that put me in the wheelchair.

I was in pain but I covered it up with a smile. I needed folks to look beyond the disability. I didn’t want sympathy but at the same time, I needed the world to know that my disability was recent, temporary and that I was not always this way. This attempt to create psychological distance from the disability repulsed me as I considered those for whom the wheelchair is not a temporary discomfort.

There were also the inner processes and mental negotiations. I panicked each time the tray of beverages came by. I wanted to drink as much water as I could during the 13-hour flight from Houston to Lagos, but I dreaded the trip to the airplane bathroom. At the airport in Houston, a young woman had wheeled me to the bathroom. I hopped into the wheelchair stall on one foot. I’ll spare you the details but let’s just say that pulling on a pair of denim pants (trousers) while on one leg is not a walk in the park.

I am writing this while in the plane and in pain. I don’t know if my trip is completely scuttled. Indeed, my immediate concern is how to exit the plane, how to get my six pieces of luggage (mostly Letters to Nigeria, so don’t get excited!) off the carousel and out of the airport. Will there be the kind of wheelchair assistance that I got in Houston here in Lagos? Will my ‘brothers’ out there see me as a “sitting duck” literally, and run off with my stuff while humming the sound track of the Leonardo DiCaprio movie, ‘Catch me if you can?’

However this lands though, I can say that this experience has given me a new perspective and appreciation for people with disabilities. I have walked (or wheeled) in their shoes and have caught a glimpse of the issues they encounter each time they are in the public. Perhaps, it’s for this reason that this freak accident occurred … rather than that the gods and wizards of Akwa Ibom are paying me back for not joining the back-up choruses for the Anointed One.