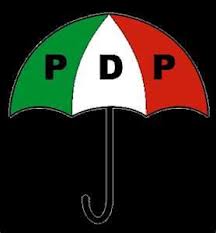 The Peoples Democratic Party(PDP) has run into a constitutional crisis over what should be the tenure of incoming members of its National Working Committee (NWC), who are  expected to be elected at the special national convention being planned by the party.

THISDAY gathered that one of the major reasons why the NWC adjourned the special national convention earlier slated for July 20 to August 20, was to enable the NWC, the Special National Convention  Committee, chaired by a former Minister of Information, Prof. Jerry Gana, and other stakeholders to sort out the tenure of the incoming NWC members.

The PDP Constitution guarantees a four-year tenure for all members of the NWC, but the party is in a fix on how to handle the situation since its National Chairman, Alhaji Bamanga Tukur and the financial secretary, who are both members of the NWC, did not resign along with others members.

A presidency source who gave a position paper already before President Goodluck Jonathan to journalists in Abuja, yesterday  queried what would be the tenure of  the incoming members of the NWC.

“The entire exercise should be revisited with a view to harmonising the tenure  of the national officers to be elected at the convention, otherwise, it may lead to endless litigation,” the position paper explained.

Another aspect of the constitutional crisis facing the party is whether the Gana committee should be answerable to the  NWC.
Also, the position paper asked whether Gana had the right to inaugurate members of the sub committees on accommodation, transport, publicity and security and whether the national chairman has delegated his powers to the committee.

According to the source, “These are some of the constitutional questions that are at the moment stalling the special national convention.”

It was gathered that even as at press time, PDP was yet to officially inform the Independent National Electoral Commission (INEC) of the planned special national convention because a date was yet to be agreed upon.

The party’s dilemma was also said to have been compounded by  the objections raised by the PDP suspended National Secretary, Olagunsoye Oyinlola, and a former National Vice-Chairman (South-west), Chief Olusegun Oni, who drew the attention of the party and the Gana  committee to the pendency of their appeals challenging their removal from their positions at the Court of Appeal.