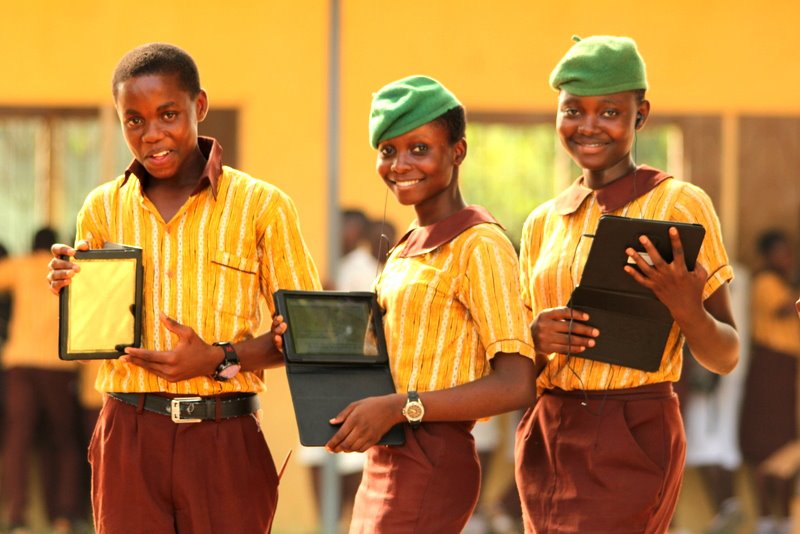 I love the Internet. I think it is the purest expression of democracy. It eases communication, gives power to the weak and – depending on how much respect they have for it – can amplify or minimize the influence of the powerful. Social media is an asset, one that needs to be used diligently. I believe every true Netizen should understand and respect its power and see themselves as custodians of same. Abuse of this awesome power should be collectively pointed out and frowned at every turn.

Two days ago, I read an article by Mr. Adeyemi O.J. and I just couldn’t stop laughing. The piece left me both flabbergasted and frustrated. Frustrated because I knew many would believe it without questioning the facts. We have grown so used to believing every accusation of corruption out there. Once somebody punches out a few hundred words, mentions a few politicians, adds numbers with lots of zeroes, then presto! A new anti-corruption crusader is born!! Death to all politicians!!!

After reading the article, I chose to go and see the gentleman’s timeline. His tweets seemed above par. Sadly, his article wasn’t. Not even close. Been a while since I read a piece so filled with misinformation as this. I will attempt to point out and correct Mr. Adeyemi’s many misnomers and do my best to keep my article civil.

Where to begin? The beginning, I guess. The first and second paragraph read like a personal attack on the Special Adviser on Environment and Sanitation to the Osun State Government, Mr. Bola Ilori. I think the attack on Mr. Ilori’s person was uncalled for. At no point in Mr. Ilori’s article did he call for anyone to “bow and worship” the governor. Neither did he imply that Opon Imo would ensure world peace nor end global hunger. He simply praised the courage and vision of the Osun state government for treading this uncharted course, despite being Number 34 on the revenue earning list of the country.

I wonder why Mr. Adeyemi failed to educate his readers that Mr. Ilori’s article was in response to an earlier piece by another gentleman who decided to play politics with Opon Imo. And, I think, Mr. Ilori is right to say the device is unique. Opon Imo, as a ‘standalone e-learning tool’, is a first of its kind in Africa and arguably in the world. When you consider that the usual thing is for these tools to be internet-based while the Opon Imo has all the content domiciled in it, the difference is clear. That is its selling point. This was a critical issue during the implementation of this project as those in charge took cognizance of the network challenges in the country and the feedback from the potential users of the device.

However, Mr. Adeyemi reserves the right to challenge Mr. Ilori. One would have expected that he gave relevant references to support his assertions. It is clear that the gentleman either did not do his homework or chose to ignore the FAQ  section. Else, he would have got answers to all his questions about powering the tools, trainings and maintenance, which are in the third paragraph of his piece. I visited the site and got very satisfactory answers. I even found out Opon Imo has a Twitter handle and a Facebook page. Research is a beautiful thing, isn’t it?

Mr. Adeyemi must love mathematics very much. So much, he picks numbers out of thin air and labels them as he deems fit. But he must love renaming things too. Else, why would he say Ogbeni Rauf has a son named “Kamoru”? Another evidence of his disdain for research or love for mischief? I know the internet allows a lot of things, but I seriously doubt if it gives us the power to rechristen people. I would have thought one of the minimum requirements for Mr.Adeyemi’s job (Social Media Trainer) is to get the basics right. I was prepared to ignore the error the first time but to do it twice in one article is simply unpardonable. One can only hope his students are either very forgiving or very smart. Or know how to use Google. Fela once said, “Teacher, Don’t Teach Me Nonsense.” Mr. Adeyemi will do well to use that nugget of knowledge.

Mr. Adeyemi, FYI, I know not any Kamoru Aregbesola but if this is prophesy, I bid you good luck. The gentleman whom you accused of receiving a phantom contract is in fact Kabiru Aregbesola.

Now, Mr. Adeyemi isn’t the first person to falsely claim that Ogbeni Rauf gave a contract to his son. Though the accusers can’t seem to agree on the numbers as the amount in their accusations keep mutating, Mr.Adeyemi is simply the latest accuser and he won’t be the last. But, if he had done his research, he would have caught this. During an all-night live Q&A event held recently, the governor said his son NEVER got a contract to supply the tablets. He explained that the tablets were supplied by a Chinese Manufacturing Company,  Kabiru only contributed his knowledge as an ICT expertise  to make the project succeed. And he did this free of charge. But of course, Mr. Adeyemi ignored this nugget of information too.

Mr. Adeyemi, I have to ask; why the rush to castigate the young man? What is Kabiru’s offense? Is it a crime to be a do-gooder who saw a chance to help his father’s dream come true or has the concept of volunteering become so alien that we just don’t think it impossible? I am not even asking that you agree that the job was done at no charge, but you should have acknowledged that the matter had already been raised and responded to. I would seriously doubt your credentials if you claim you never saw the articles on the Internet. Here’s one, and another. I am in the same profession with you and I know that online monitoring is a huge part of the job.

Now, I have more questions for you, Mr. Adeyemi: who told you the Opon Imo contract was worth N8.3b? When did you inspect the warehouse where the tablets are stored for distribution and found out that only 3,700 of 50, 000 was supplied for the same amount? Where did you learn that this contract is for 50,000 not 150,000 as I read it? Which website did you find the Opon Imo tablet specification selling for $30? How many units do you need to buy from that website to get a discount? I would truly hope to get answers to this questions but I won’t hold my breath.

The following questions are for the rest of us. The timing and content of Mr. Adeyemi’s piece sent the Twitterverse into a near-meltdown as people smelt blood and moved in for the kill. I know corruption is a huge problem we face but so is ignorance. Why didn’t anyone ask the writer what company “Kamoru” used to secure the alleged contract? When was the company incorporated and who are the board members? Except the Osun State Government simply forked over billions to an individual, the writer must know what the company name is. I have gone over Twitter many times and not many gave the accused man the benefit of the doubt. Mob Mentality?!

Mr. Adeyemi suggests that the project is shrouded in mystery but that is not true. Apart from the final cost for the project, which hasn’t been made public yet, the answers are all out there. See here. And here.

I called a few friends within the Osun State Government and they told me that the final costs were being kept away for “marketing reasons”. As the government owns the Opon Imo patent, they told me they are looking to recoup the money spent on the project by supplying tablets to interested states or private institutions. For this reason, they said, it would be foolhardy to reveal the cost price of the products.

Now, I know it is almost unbelievable that a Nigerian state government is pushing to commercialise a product developed with state funds but it shouldn’t be. Any government should be actively looking for ways to maximize the money they get. While I would admit that leaving the public in the dark is suspicious, I can understand why they are doing this and I believe Osun should be praised for seeking ways for create new wealth through Opon Imo. Apple would never reveal the cost price of the iPad. I have been told that total cost of the project will be revealed when the commercialization part of the project is completed. When that happens, I would be the first in line to go through it with a fine toothcomb.

As a parting shot, Mr. Adeyemi couldn’t resist the temptation to talk about the debt issue. Again, without any evidence, he said Osun state owed over N200b. He didn’t quote the CBN or the Federal Ministry of Finance. May be he knows better than those guys or is a bigger authority on financial matters. A careful perusal of the constitution didn’t spring his name, so what was he basing this on?

Again, this matter has been raised and dealt with here. The governor said the state debt is no more than N30b. Again, Mr. Adeyemi, Google is your friend. And I am yet to find someone owed 5 months’ salary. Could you be kind enough to provide names of affected staff or ministries next time?

As I said before, I love the internet. I believe it is capable of facilitating great things. But, when articles like Mr. Adeyemi’s hit the net, I think it is the role of true custodians to respond with the facts. A wise journalist once told me, ‘The truth will do just fine.” And to this I add, “When in doubt, Google it!”

And Mr. Adeyemi, nothing personal, okay?

Gbenga Olorunpomi is a social media specialist and an Ogbeni Aregbesola groupie. He lives and works in Lagos.