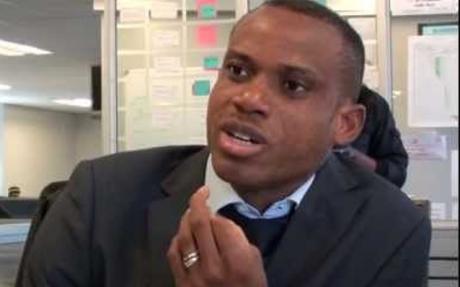 A former captain of the Super Eagles, Sunday Oliseh, has lashed back at Nigeria coach Stephen Keshi over comments he made against him at the weekend. Oliseh, who responded through his blog, asked Keshi to learn to accept constructive criticism and work with it like managers in Europe do rather than slam any professional that raises any issue about the Eagles.

Last Saturday in Kaduna, Keshi lashed out at Oliseh for saying that there were too many unexposed home-based players in the Confederations Cup team. Oliseh said it affected the team’s performance in the FIFA event.

Writing via his blog on Tuesday, the Belgium-based Atlanta ’96 Olympics gold medalist said, “Keshi is a good coach. In fact he is the most successful coach Nigeria has had in the past decade and by winning the Nations Cup 2013 he boarded the ship of achieving coaches.

“But one quality that successful and long lasting coaches have is that they have always had a nose to differentiate constructive criticisms from destructive ones and act on them even if they do not agree in public. Ever since our nation triumphed at the 2013 African Cup of Nations our Super Eagles have been struggling, relatively, and has failed to consolidate on this landmark success due to the fact that we do not have continuity and there has been this obsession to experiment and overpopulate the team with more home grown players.

“Ever since I expressed my personal disagreement at the huge number of local based players that represented Nigeria on Supersport thousands have clearly stated their understanding and agreement of the point of view just as some, Keshi included, have disagreed and made some regrettable comments. This I feel is quite unfortunate and personal.”

Oliseh argued that he remains one of those at the forefront to improve the Nigerian league while telling Keshi he does not want the Eagles post.

“My belief is not that we should not use home based players. If Sunday Mba was not at the Nations Cup I do not think we might have won it, at least like we did. He however was well surrounded by Victor Moses, Emmanuel Emeneke and made his contributions productive and easier. We saw how this poor boy struggled at the Confed Cup just four months after doing us proud in South Africa.

“I can understand that Keshi feels threatened by the possibility of sacking and back stabbing, but my comments  should not be seen as coming from a possible successor unless one is desperate, which  I thank God I am not. His job is the last thing that I or my family need.

“Nigeria is bigger than anyone and for the records sake in answer to Keshi’s erroneous declaration, I was 3 years as a pro in Belgium and a regular player in Liege by 1993 when I got my first call up to the Eagles and in those days our national league was well organised, competitive, balanced and one of the best in Africa. That’s how Clemence Westerhof and Bonfrere Jo succeeded.”