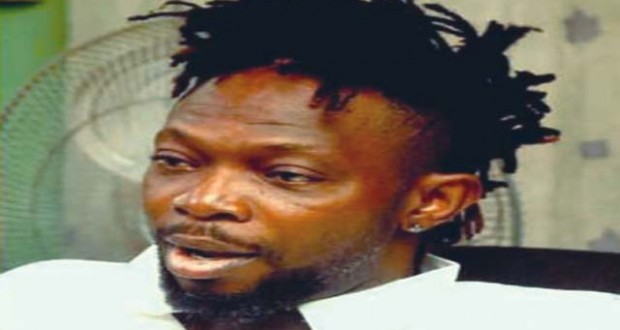 A positive twist in the Save-OJB campaign implies that ailing producer, OJB Jezreel’s life may no longer be in danger, writes CHUX OHAI

A timely donation of $100,000 to the OJB Fund Raising Committee by Governor Rotimi Amaechi of Rivers State may have guaranteed the much-needed kidney transplant and treatment to save the life of ailing music producer and songwriter, Babatunde Okungbowa, aka OJB Jezreel, anytime from now.

Announcing this development on his Twitter handle on Wednesday night, the head of the committee, Muyiwa Oshinuga, aka Nomoreloss, tweeted: “We have on record that the Governor of Rivers State, Rotimi Amaechi, has approved the sum of $100,000 to be handed to #OJB on Friday.”

Governor Amaechi’s kind gesture finally ended several weeks of anxiety for the relatives, fans, friends, colleagues and well wishers of OJB Jezreel, who have been involved in a campaign to raise funds for his treatment. About N15m was required to cover the expenses for his treatment.

Also, the donation may have put paid to the controversy that had previously sneaked in on Nomoreloss and his team of fundraisers and consequently, threatened the progress of the Save-OJB campaign.

Irritated by reports about cash donations presumed to have been made by some A-list artistes, Nomoreloss had virtually been at his wit’s end to check possible moves by unscrupulous individuals to exploit the situation to their selfish ends.

In an interview with a popular entertainment magazine in Lagos, the musician noted that the activities of these individuals and others, who peddled false figures to give the impression that his committee had accomplished its task, almost affected the campaign.

When asked if he was involved in a musical show organised by a group of people allegedly to raise funds for Jezreel’s kidney transplant, he replied, “I wasn’t involved in it, so whatever show that anybody is organising, they are organising for themselves. You ask simple questions, how do you hope to remit funds to the person, you don’t get an answer. Obviously, there’s some scam going on there and I am not going to be a part of that.”

Just when Nomoreloss was expecting a positive turn in the campaign to save OJB, a comment posted on Instagram by Ghanaian actress, Juliet Ibrahim, seemed to throw a spanner in the works.

Worried by insinuations that celebrities, especially top flight music artistes whom OJB Jezreel had helped to rise to stardom, were not giving enough financial support to the campaign to save the producer’s life, Ibrahim wondered why the committee was insisting on the sum of $100,000 for his treatment.

The actress, who runs a kidney foundation in Ghana, had said that a kidney transplant did not cost more than $50,000 and that there were cheaper alternatives.  She urged members of the fundraising committee, reach out to the right people and to ‘stop harassing’ celebrities for funds.

But OJB responded to Ibrahim’s posting in an interview with a Lagos-based gossip magazine. “The procedure itself is $55,000. When you take out $55,000, you are left with $45,000. What about the running cost of the procedure? You don’t go to India only to come back and ask for help again. At least, I need some money to maintain myself for the next one year. So, when you factor in all these costs, add air tickets and lodging, you will appreciate what we are talking about,” he was quoted as saying.

Now that there will be no need for further controversy, Nigerians can heave a sigh of relief and wish the ailing producer the best in the days ahead.