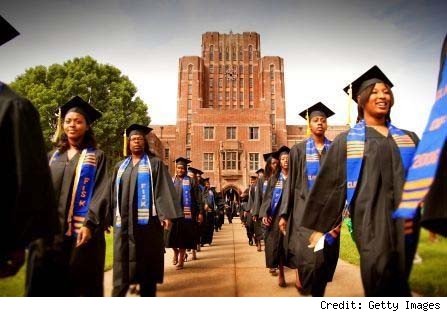 Between Monday and Wednesday this week, scholars from around the globe gathered at the Lead City University, Ibadan, for the third edition of that most relished intellectual feast: The Toyin Falola International Conference.

Ordinarily, Nigerian academics pay through their nose and travel thousands of miles to meet with the great names in their disciplines in the inviting atmosphere of better governed societies. But at the Ibadan conference, they had the elevating opportunity to meet with a fair representation of those academics of renown, including of course, one of their countrymen, the honouree, Toyin Falola, currently the Jacob and Frances Sanger Mosiker Chair in the Humanities at the University of Texas, Austin and the first Nigerian to be elected to the presidency of the African Studies Association in the United States.

The theme of the conference, “Ethnicity, Race and Place in Africa and the African Diaspora”, provided the opportunity to locate Nigeria’s extant travails, its bedevilling, often murderous divisions in the global mainstream, showing how other societies and states cope with, manage or transcend racial and ethnic conflicts.

To provide rich backdrop and theoretical ammunition for the over 150 papers delivered and discussed, the conference was addressed by three keynote speakers, namely Tunde Bewaji, Professor of Philosophy at the University of the West Indies; Moses Ochonu, History Professor at Vanderbilt University in the United states as well as Ken Harrow, distinguished Professor of English at Michigan State University. Bewaji, whose address entitled, “Identity, Memory, Memorials and Development”, argues that at the heart of the country’s problems is an identity crisis triggered by the loss of our memory and memorials in the colonial and postcolonial furnace.

Bewaji suggests that we cannot develop by investing in other people’s narratives and memorials, but by spending time in rediscovering who we are as well as properly situating development aspirations in our history, culture and folkways.  To amplify the point is to interrogate our ongoing pitiful cloning of growth models borrowed from the West and the total disconnect between our traditional notions of human-centred development rooted in community ethics and the avid pursuit of harsh neoliberal economic models which enshrine the market as the all conquering god of progress.

Ochonu, a public intellectual and history Professor, spoke on the topic, “Writing for Whom? Theory, Language and the Ethical Crisis in African Studies”. Excitingly, he shows how African studies in Europe and the US increasingly develop a language and mode of reflection that separate them from African audiences and render them unintelligible to academics based in Africa.  A simple way of putting Ochonu’s query is to ask: What exactly is African about African studies processed and packaged in the Euro-American academic mills and exported globally as leading edge academic research?

Ochonu’s project of closing the gap between African Studies in the West and “African voices and systems of thought” is of course an ambitious one, considering, for instance, the rundown state of African universities which should have provided the alternatives to the dominant American version, with its dense, ‘postmodernist’ jargon.  In the 1970s and 1980s, radical academics based, for example, in Ahmadu Bello University made a point of publishing mainly in indigenous outlets as snubbing and cold-shouldering of European and American publishers. Today, for obvious reasons, Nigerian universities require academics to validate their claims to proficiency by a growing number of “international publications”.

Harrow’s address entitled, “Bitter Freedom: The Meeting of Africans and African-Americans across the Great Divide”, raises the question of the often difficult relations between Africans and African-Americans summoning as evidence the controversial remarks and documentaries of the distinguished black American and Harvard scholar, Henry Gates, on African complicity in the slave trade.  There subsists, Harrow informs, “misapprehensions and resentments on both sides.  Africans who see black Americans as violent, drug dealing thugs and African-Americans who know Africa only through the stereotyped Hollywood films”.   For all that, Harrow insists it is a “family affair”, a quarrel among brothers that leaves places for a “middle ground” and productive interfaces.

Papers were presented at the conference on virtually every facet of ethnicity and identity conflicts in Africa and in the Diaspora.  For example, stimulating submissions were made by Dr. Nelson Fashina of the University of Ibadan in a paper entitled, “Museums: Memory and Creativity for Social Change”. Fashina laments the degradation and abandonment of our museums against the practice in several nations to employ them as veritable instruments of cultural and social engineering.

A paper by Prof. Karin Klieman of the University of Houston goes beyond conventional economic perspectives in discussing oil multinationals to consider engagingly “Uses and Abuses of Race and Ethnicity in the Operations of the United States Oil Companies in Africa”.   Prof. Chinua Achebe’s controversial memoirs came alive in papers like Dr. Banire Abiodun’s “There was a Country: A Personal Account of Biafra and the Politics of Tribal Spokesmanship” while the ordeal of refugees came vividly home in Dr. Olajumoke Yacob Haliso’s “Forging Home: Local and Global Intersections in the Post-Conflict  Reintegration of Liberian Returnee Refugees.”

Nigeria’s ongoing travails in the context of religious and ethnic violence found expression in several other papers. For example, Dr. Tobi Oshodi’s “(De)Making National Citizens? Nation Building, Ethno-Religious Violence and the Tragedies of The National Youth Service Corps in Nigeria (1999-2013)”, draws attention to the recurring tragedies that befell corps members of southern origin who were posted to serve in the boiling cauldrons of Northern hotspots. He raises the paradox that a programme that was instituted to foster national unity is itself bedevilled by ethno-religious conflicts to the point that several commentators have called for its abrogation or substantial modification.  Interestingly, in the same connection, Nigerian newspapers on the second day of the conference reported with alarm the killing by Boko Haram insurgents of several Yoruba traders who were on their way to Northern markets to transact business.

Equally topical is Dr. Emmanuel Akubor’s “Nigeria and the Road to Kigali: A Historical View from the Python’s Eyes”, which solemnly warns that the escalation of current ethnic and religious hostilities in the light of the intemperate struggle for the coveted Nigerian presidency in 2015 may well lead to the erasure of the Nigerian nation state from the map of the world. That paper among several others sketches out several remedial policy prescriptions to slow down the drift to anarchy if the ruling class are listening to anyone but themselves.

It was not all heavy going academic fare. Jimmy Solanke who turns 71 today regaled conferees with lyrics of highlife music nicely recycled from the 1960’s and 1970’s at an impressively organised dinner which saw dancing styles from various continents on display.  There were occasions too to honour the deservedly eminent such as Prof. Bolanle Awe, eminent Professor of History; Chief Theophilus Akinyele, distinguished technocrat as well as Dr. Bode Omojola, renowned music professor among others.

The conference powered by generators for most of the three days show all over that there is life outside a dysfunctional state and the unproductive scheming of a visionless political class. It also foreshadows the possible revival of the Nigerian academic culture once vibrant but now in the doldrums.