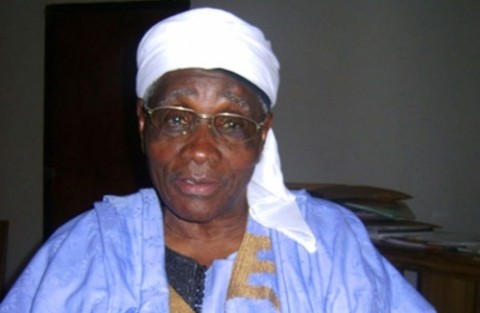 Ango Abdullahi, secretary to the Northern Elders Forum (NEF) reopened the debate on power shift when he declared last week, that the north was determined to reclaim power come 2015. Exuding incredible confidence on the prospects of the northern project, Abdullahi anchored his optimism on two key planks. The first is the logic of rotation while the other draws impetus from the touted demographic advantage of the region.

He said the north will rely heavily on the fact that it is its turn to have a shot at that office as was agreed by stakeholders before and during Obasanjo’s regime and in keeping with the constitution of the ruling party. Where this fails to sail through, they will call to action the sheer weight of their numbers to win the ensuing election given the principles of one man one vote.

Hear him, “the north is determined and insisting that the leadership of the country will rotate to it in 2015 and I am making that very clear to you. If it is on the basis of one man one vote, the demography shows that the north can keep power as long as it wants because it will always win elections”.

He went on to show how the rotation of power as a way of giving a sense of belonging to the distinct groups in the country was arrived at the 1987 National Political Reforms Conference. Obasanjo became its first beneficiary because of events of the annulled June 12, 1993 elections. According to him, it was supposed to last for four years but later extended due to pleas from Obasanjo to serve for another term since the constitution allows that.

“With Obasanjo’s eight years and six years of Jonathan come 2015, it would amount to taking the north for granted if Jonathan who was part of this agreement (having signed as number 37 in his capacity as deputy governor of Bayelsa State) puts himself forward for another election”, he would further contend.

It is difficult not to admit the weighty argument by the north in respect of rotation of power in this country. Obasanjo must have paid heed to it when he manipulated his way to have late Umaru Yar’Adua run as the presidential candidate of the ruling party. He won. But his death after two years in the saddle, unleashed a chain of events that are at the centre of the current crisis of confidence among key political gladiators in this country. The management of his sickness left much to be desired even as contrived obstacles were placed on Jonathan’s way to assuming his constitutional role as acting president until the Senate intervened. All these may have ruffled nerves. We were told by late National Security Adviser, Andrew Azazi that violence in this country peaked following the primaries of the PDP that threw up Jonathan. It would appear security challenges since Jonathan came to power, complicated the disposition of the geo-political zones to the power equation in the country. They also gave rise to palpable fear and apprehension regarding what use the north intends to make of political power. No thanks to the killings of innocent people and destruction of their properties by the Boko Haram sect obsessed with enthroning an Islamic state after the south has been sacked out of the north.

One mute point here is that, the north intends to realize its power shift project by rotation through the ruling Peoples Democratic Party PDP or where this fails, they will prosecute the same goal through any other party. On the latter, the sheer weight of their population promises to be the game changer. They are saying very unambiguously that power must shift to the north in the next election whether Jonathan runs or not. If the logic of rotation fails and they corner power through their demographic advantage, then it is good by to power shift as they can decide to retain power as long as it pleases them. That is the clear message Abdullahi has sent across which should not be ignored.

But then the political arithmetic canvassed by Abdullahi is not as simple as it has been put forward. By the 2006 census figures, the north accounts for 52.56 per cent of the population while that of the south is 46.35. Even then, these figures represent the absolute population and not the number of eligible or even registered voters. There is also the misplaced and untenable assumption that all northerners will vote for the northern candidate while all southerners will queue behind a southerner. This is not borne out of our electoral history and strikes as an act of desperation. Moreover, the concept of a monolithic north is by all accounts stale even as Abdullahi would want us to reason to the contrary. Whatever led northern elders to the conclusion that the 2015 election can be fought solely along the north and south divide must be a huge disappointment to the unity of this country. Is it not an uncanny twist of fate that, youths under the umbrella of Northern Youths Network have dissociated themselves from statements credited to NEF and ACF on return of power to the region come 2015? Its president Mallam Alli Kano said those canvassing power shift to the north in 2015 are doing so for selfish reasons as ethnicity, religion and primordial sentiments which the elders had employed to sway choices during elections must be discarded as we prepare for 2015. The elders can as well dismiss this. But such dissenting views were unthinkable in the past.

There is even a more grave danger in an election that is fought along the lines of the north and south divide. Its outcome given extant realities is loaded with frightening prospects of facilitating the failure of the Nigerian state. Then, earlier predictions from the US would have become a self-fulfilling prophesy. These are the potent dangers in the NEF argument. If the 2015 election is fought and won along these divisions, it will be nigh impossible for the winner to take off as he will not be able to muster the required majority in the National Assembly. The ensuing disputations will quickly catalyze the same disastrous end.

So Abdullahi and his likes are not doing this nation any good by inventing warped and self-serving arguments all in the desperation to corner power by all means. It would have been of more national appeal if they had argued that where rotation fails, the north will work with fair- minded people from the south to prosecute the same goal. But to give the impression that the north can do away with the south and retain power for ever is the height of deceit and stupidity.

Even as the logic of rotation is very valid, the posturing of the NEF on the issue of demography brings into focus some of the systemic dysfunctions that are at the root of the festering mistrust and suspicion among our people. Some weeks back, the chairman of the National Population Commission, Festus Odimegwu shocked the nation when he revealed that some of the enumeration centres we have do not exist in reality as some people bought them same way politicians bought voters’ cards to gain advantage. The figures the NEF is bandying may not scale the test of this revelation.

More fundamentally, the dispute over power shift points to the fact that there some irreducible issues of our federal order we need to reach common agreement on for us to make any progress.

We need to address more seriously, the inequities and structural imbalances of our national existence contrived to gain advantage over some other sections. Curiously each time the idea of a national conference is canvassed the same north will be the lead opposition.