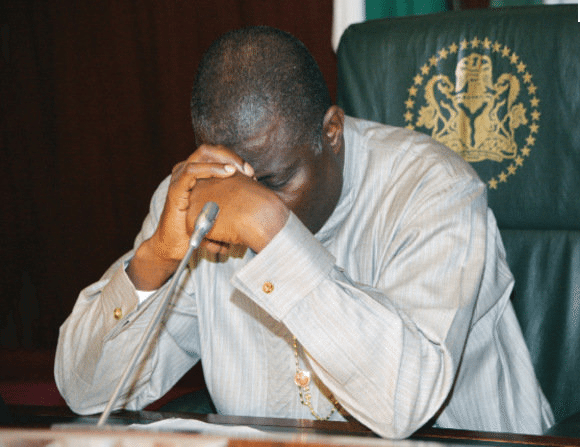 Few days ago I woke up to a very disturbing news; one of the ‘usual’ that has characterized our social, political and economic lives.  Forty two young promising school children in Yobe State, Nigeria were murdered in cold blood. All evidence pointed to the dreaded Islamic sect Boko Haram as the mastermind behind the attack. In one of the reports, a young boy who was shot at recounted how he lost four of his fingers while trying to escape.

This is one of the scenarios that have become part and parcel of our daily lives. It is so shattering that even the media now choose which of the tragic news is worth reporting, depending on the impact of such attack. The usual headlines like ‘Two killed, seven injured’, ‘Gun attack in Kaduna, 3 dead’, that has characterized our national tabloids for a while are now considered soft touch and no longer catchy. Journalists now see it as not news worthy to report attacks or killings if the death toll is not up to at least ten. This is how far we have come to embrace anarchy, insecurity and chaos. Nigeria presently is second only to Somalia which is then next to Syria in terms of state of insecurity.

Alas, while these young children who ought to be our future leaders were screaming to high heaven in horrifying pains, our dear president was nowhere to be found. To make matters worse the trio of Reuben Abati, Doyin Okupe and acclaimed Pastor Reno Omokri who continuously are being paid with tax payers money went missing in a time when they should be out not just condemning the attack but giving the people hope and reassuring the citizens of the ability of the government to put an end to the madness.

Almost 72 hours after the scenario, the presidency ‘got its bearing’ and President Jonathan speaking through his self styled spokesman, Dr. Reuben Abati made one of the most outrageous statements a president can ever make, ‘anybody who will target innocent children for any kind of grief or emotional dysfunction will certainly rot in hell’. The interpretation of this is that government now sees the protection of the citizens and justice for the bereaved as a divine duty better left for God, that government is no longer responsive to the security of the people and cannot be held accountable for the inability to provide justice but rather the citizens must wait till the religious day of judgment. This is not surprising to me and shouldn’t be to any Nigerian who voted for Goodluck Jonathan in 2011 merely because of his ‘shoeless tales’ and ‘goodluck’ syndrome; we shouldn’t complain the moment we chose pity and appeal over credibility and substance.

Every step the presidency has taken to eradicate these insurgents has continued to make mockery of the political and social institution of our country. Recently the president through a nationwide broadcast announced a declaration of the state of emergency on some northern states viewed as the hub of the sect. The power of a state of emergency is so huge that it has been highly effective in managing major crises around the world such as Tunisia, Mali, Kyrgyzstan, United States (in cases of natural disasters) to mention just but a few. But the Nigeria situation is different because the declaration has not stopped the onslaught against innocent citizens of the country by the Boko Haram terrorist group, the only change is that the usual Sunday attack mode has been eradicated as most attacks are now impromptu. Another down side is that children and students are now the major point of attack. Most times I wonder how the president relate with the families of these children or how do you inform a parent that his/her child was brutally murdered because you fail to perform your duty as a political office holder. How do you inform a mother that her only child whom she suffered to carry for nine months was fell by a terrorist’s bullet because you continue to play ping pong with the security of the country in order to award outrageous funds for security in the budget?

It is high time the presidency understands that hell isn’t meant for murderers and terrorists alone. Every individual who continues to feed fat on the collective resources of others, every leader who fails to live up to his/her promises, every soul placed in the position to better the lives of others but continue to use such position for selfish interest are all candidates of hell. Local government Chairmen who receive monthly allocation and use such to build houses and acquire personal property, send their children to expensive schools abroad and expand their empires are candidates of hell. State Governors who shortchange local governments of its monthly allocation, siphon state revenue, divert state resources for personal use, award ghost contracts are candidates of hell. Ministers who make the ministry a family fun fare, divert public fund to personal use, escalate project expense and travel at will on frivolous trips are candidates of hell. Presidents and first ladies who move around the world with floods of unnecessary entourage, would rather award oil blocs to family and associates rather than promote local refineries, would prefer to render lip service on electricity rather than see to adequate power generation, would prefer to give out amnesty to rogues and thieves rather than stand up to defend the helpless citizens, would prefer to see the growth of crony capitalists while common citizens lavish in abject poverty are candidates of hell.

There are no doubt people who have been a source of sorrow to fellow humans will not go unpunished, the Bible and Holy Quran are specific on this, but does that warrant the president to sit down and do nothing? Does that give political officers who have sworn before God and man to protect the lives and properties of the citizens the license to hold their peace? Was God the man that stood up in front of the mammoth crowd to declare his intention to govern the country?

Obviously hell is a place for all sinners, the evil ones whose souls have been engulfed by the taste for blood and anger will not be spared; but it is high time the presidency started worrying more about its apartment in the place called hell!

Adekoya Boladale a political scientist is the Convener, Advocacy for Better Leadership (ABEL) and wrote via adekoyaboladale@gmail.com. Please follow on twitter @adekoyabee