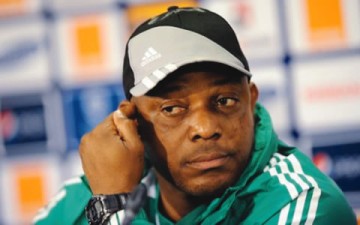 Super Eagles coach, Stephen Keshi, on Thursday called to camp 24 players who will fight for shirts in the 2014 African Nations Championship final qualifying leg against the Elephants of Cote d’Ivoire, in Abidjan on July 27.

All the players are expected to report in Abuja on Monday, Only 20 players will make the trip to Cote d’Ivoire’s industrial and economic capital on July 24.

Keshi has invited four new players, including one defender, one midfielder and two strikers, in line with a pledge to inject a few new faces following last Saturday’s opening leg win at the Ahmadu Bello Stadium, Kaduna.