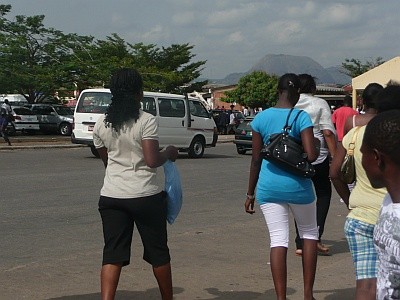 “Abuja is one place on earth you don’t want to be broke… Strive to attain certain level of financial freedom even if it means starving your grandmother at the village!”

Now don’t ask me who this cruel counselor is. In your initial attempt to flow with the pulse of this city, you are the textbook Good Man—welcoming, jovial and generous. Here and there you will run into smartly dressed people in fronts of ministries and agencies, old and young in distress. Monday to Friday and even weekend, you see them. “Help me, bro, I lost my wallet… Help me, sir, I don’t have money to go back home… Help me, my son, I have not eaten today.” You’re not restrained at first, having come from a third-world town in which communalism is in practice and in which it’s a virtue to assist and an honour to be assisted. But gradually you lose your patience, angry at the system that produces these economic drawbacks, these social parasites. Gradually you realise that your lack of management wisdom is measured in the countless alms you handed out to the bag-carrying ‘students’ you hoped to save from dropping out of school, to the innocent young girls you thought you were saving from prostitution, to the hijab-wearing group of women you assisted in the spirit of Muslim brotherhood, to the Jesus-touting Christians whose pleas you heeded to ascertain your level of religious tolerance…

“What are they doing in Abuja?” Your counsellor explodes when you’re finally in your shade, away from these networks that rightly highlight our nation’s devastated human capital. “That’s why el-Rufai said whoever earns less than 50 thousand naira per month has no business being in Abuja!” I think that statement is a rumour, you correct it.  He hisses, “That man talks too much, he doesn’t even remember all he has said.” You smile.

But, where actually is Abuja? Aside from the destitute, and the adventurous fellows who occupy uncompleted structures, the most unfortunate victims of Abuja survivalism are actually from the outskirts of the city, survivalists who cannot afford the overpriced accommodations of central Abuja. Abuja Survivalism is losing your moral fibre and abandoning any measure of honesty in the rush to secure your wellbeing; it is an evil inhibition that weakens the innocence of a previously empathising person. Living and existing in Abuja are two different experiences; the former is the only socially decent life, and the latter is a reckless struggle for survival.

Coming to Abuja is wrongly perceived as the beginning of one’s financial security, but trust me, it’s more honourable to live with the tolerable poverty of a third-world town than deceiving your family and friends and even yourself on coming to learn the survivalist stunts of this closed city. The greatest shocker here is the experience of underpaid and job-seeking dwellers. A friend of mine recounted a heartbreaking story of a lady who served her national youth service at his firm. He couldn’t retain her when she rounded up the corps service because, aside from being “incompetent”, there was no vacancy. The girl refused to leave Abuja and after some months she appeared in his office with her CV. “Help me secure a job.” Decent deal. My friend accepted to try his best. Weeks later, weeks of continuous talks on the phone, she returned with a bruised face and recounted that her roommates had been maltreating her and that she couldn’t leave their pad because she had nowhere else to go. He gave her a token and advised her to go back to her parents and remain there until something came out of the job hunt. She didn’t. And a few days after this conversation, she texted my friend to inform him she had been thrown out and needed a place to stay. That day, even though my friend had asked the secretary to tell her he was out of town, she showed up and forced her way to his office. Inside, she stripped—”If this is what you want, you can have me. I need money, sir!” Even though the girl knew that there was a security camera in her former boss’ office, she didn’t care. Her desperation had fenced off her fear of a scandal. “She used to be a good girl, one of the most decent ones I ever met,” my friend recalled. He had made advances on her when she began her service at his place but she smartly refused, and in the course of their employer-employee relationship in that one year he got to know her well enough to testify to her propriety. It turns out that after her service year elapsed, she first went to squat with a friend, a male friend! And her attempts to still hold on to her sexual morals started up a friction between them. There is no free lunch in Freetown, but she didn’t know that.

Some, ladies especially, actually earn the approval of their parents to remain or come to Abuja with a deceit—that they had secured a job or have prospects of one. This deceit eventually entails posting money to the parents, and this means stooping below moral lines to earn a living, and in this way some are lost to a form of prostitution. Many survivalists here fabricated these tales to escape unbearable parental supervision. Initially, the ladies stay with their boyfriends through a popular arrangement called “Abuja Marriage”, but the result is always the host’s quest for freedom, yes freedom to bring in other ladies. Or, also popular, the man gets jealous of her illicit ‘wealth’ or romance with the wealthy. These stunts have produced many pregnancies and babies who may never know their maternal grandparents for the ladies too afraid to return home with these products of a desperate survivalism. The babies’ paternity too may become an issue when the marked man flees or denies responsibility.

The story of these survivals is not different among male survivalists whose method, though not really more dignified, is posing as agent, consultant or even CEO or founder of sham or unregistered organisations and seeking to work with this or that government agency, political organisations or social development outfits. It’s only in Abuja that self-professed CEOs with overblown profiles on LinkedIn and other social networks sites operate from shared bedrooms at Lugbe or Pyakasa or Dei-dei or an “Abuja” at a faraway village in Nasarawa State. May God save us from us!