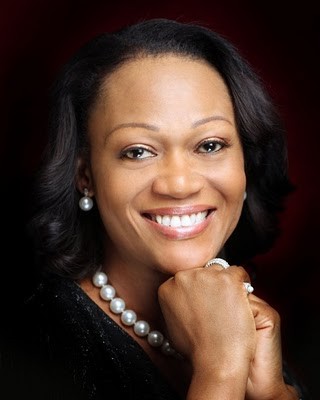 It first began like a rumour. Now, it is spreading fast and furious like a wild bush fire in the harmattan.  Before we knew it, the speculation had also gone viral on the Internet, creating an instant buzz and talking point online. It is not totally surprising though. As the race for 2015 gathers momentum, speculations about who will occupy which position have become the subject of intense public debate. Usually and as it is with our brand of democracy, they first brew like the anecdotal ‘’beer parlour gossip’’ but they soon begin to gain a life of their own over time.

But as it has often been said, there can never be smoke without fire.

Also in this clime, politicians are usually evasive in declaring their intention for public office.  Even when they so desire to run, they will still “insist on consulting with their consistency’’. And when their posters begin to appear like a thief in the night in the public space, they will lay the blame at the doorsteps of their detractors or play the ostrich altogether. It is all part of the game we have become familiar with. Expectedly, the debate about who will succeed Governor Babatunde Fashola in Lagos has begun to tread the same well-worn path. In recent times, speculations about Senator Remi Tinubu’s candidacy have begun to seep into public consciousness. Mrs. Tinubu needs no introduction. She is the wife of Ahmed Bola Tinubu, the past two-term governor of Lagos and the leader of Action Congress of Nigeria. Between 1999 and 2007, she was the First Lady of Lagos. Now, she is a Senator of the Federal Republic. In a recent newspaper interview, Mrs. Tinubu denied any interest in the governorship race. She insisted on concentrating on her charity work. Some newspaper reports had also listed the former school teacher as one of the main successors to the incumbent governor. However, in politics, nothing is certain. Intrigues, wild speculations and deliberate decoys all come with the territory.

In spite of the brouhaha surrounding Mrs. Tinubu’s rumoured ambition, I have decided, for argument’s sake, to debate in this piece, the controversies that have surrounded her political trajectory since her foray into politics in 2011. Let’s for once imagine that the speculation becomes a reality and the senator decides to run as governor; what would be wrong with her ambition? Why would her aspiration (if there was any) be so contentious? Are there factors that would make her ineligible besides being the spouse of a former governor? In 2011, when Mrs. Tinubu became a senator, her emergence was adjudged controversial. A rival candidate was alleged to have been pressured to step down for her at the party’s primary. It is thus understandable if there is a sense in which her political career has been tied to her husband’s influence.

Many people are of the opinion that Mrs. Tinubu’s foray into politics has largely been influenced by her husband’s clout. For example, the speculation about her governorship ambition is seen as an attempt to extend the leverage she has enjoyed thus far. It is also viewed in the public domain as a way to strengthen her family’s hold on Lagos politics. If truth be told, there is no denying the fact that the former First Lady had benefitted from her closeness to the party’s top hierarchy. But such manner of emergence has been the story of those that have gained political power in the party. In a discussion I had with friends recently about the propriety of siblings or spouses of leaders seeking to run for public office, I had posited seeing nothing wrong if the electoral process is not manipulated to favour ambitions. In a true democracy, candidates such as Mrs. Tinubu, must be free to aspire to any position they so desire no matter their family affiliations.  But such aspirations must not be to unfairly leverage on their spouses’ political influence. In advanced democracies, where candidates are elected on their own merit, family affiliations count for nothing. In the United States of America, political families like the Kennedys, Clintons and Bushs are known to have a political lineage that transcends generations. During elections, candidates from such families do not enjoy special advantage over other candidates.  The most recent example is that of Mrs. Dianne Rodham Clinton, the wife of Bill Clinton, the 42nd President of the United States of America. She was the First Lady during her husband’s two-term in office. She contested and became a Senator from New York between 2001 and 2009. This was after her husband left office as president. In 2008, Mrs. Clinton was a leading candidate for the Democratic Party presidential nomination which she narrowly lost to the incumbent, President Barack Obama. She stepped down recently as the 67th United States Secretary of State and an influential American diplomat of the 21st Century.

In all of her time as a politician, never for once was Mrs. Clinton’s political career linked to the influence of her husband. She has since risen from her ceremonial role as a First Lady to become a leading presidential hopeful for the Democratic Party in the 2016 election. The case of the Bush family also provides a useful example. President George H. Bush, the 41st President of the US and his son, George W. Bush, the 43rd President were both presidents at different times.  Perhaps, the most iconic is the Kennedy family. The Kennedys are prominent in American politics and government. Their political involvement revolved around the Democratic Party. The wealth, glamour, photogenic quality of the family members and their extensive and continuing involvement in public service, have elevated them to iconic status over the past half a century, with the Kennedys sometimes referred to as “America’s Royal Family”. Never for once was it reported that elections were manipulated in their favour.

Recently too, Obama’s wife, and the US First Lady, Michelle, is being touted to play a role as a future Democratic Party candidate. The example of Mrs. Clinton has shown that spouses of leaders can excel, not in the shadows of their husbands but as individuals willing to contribute to nation building. Leadership is about service. If an individual in a democracy demonstrates the capabilities to serve the people, they must be given the chance to do so. I make this case not just for Mrs. Tinubu but for spouses of political leaders. We have seen that this is possible even in the advanced democracies. But the electoral processes that produce them must be free and fair.

There are many advantages when spouses of leaders run for elective positions. Apart from being a boon to women participation in politics, it will also be an opportunity to bring their experience to bear on governance. This is because their closeness to their husbands affords them a deep knowledge of how government works. Mrs. Clinton is an example of this. Her rising political career has been attributed to how she successfully understudied her husband’s successful presidency as a First Lady. Incidentally, while many First Ladies have used their positions to perpetuate excesses and the mundane, others have impacted the society positively through social work. Those in the latter category must be encouraged to seek elective positions in a free and fair election. I absolutely see nothing wrong in this.