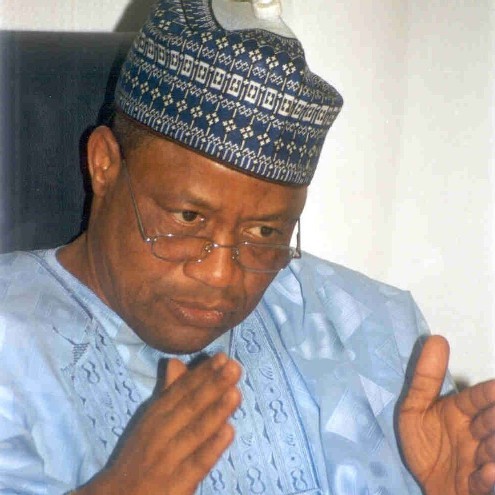 Their self-appointed mission, started with a meeting with former President Olusegun Obasanjo on Saturday in Abeokuta, the Ogun State capital. Their intention, according to them, is to avert a drift as a result of the crisis in the Nigeria Governors’ Forum (NGF) and the Rivers PDP.

Nyako was not at yesterday’s meeting, which lasted two hours at the Presidential Lodge in Minna, the Niger State capital. He was said to have been held back in Yola by a meeting with a Cameroonian envoy.

“I want to commend the governors and some of their colleagues. I was very impressed because they have seen the problem of the country as our problem and they have taken the right steps to consult widely in trying to find solution to some of these problems.

“These governors are real patriots and I am very happy and I told them so,” Gen. Babangida said after the meeting.

The meeting started about 12:30pm. Wamakko arrived first at 11:16 am. Lamido and Kwankonso arrived together about 12:01 pm. Aliyu arrived at 12:14 pm after a brief executive council meeting.

Gen. Babangida and Gen. Abdulsalami arrived together in a Mercedes Benz car marked BE 323 WSH at 12:25pm. The meeting started after all members of the Niger State Executive Council, except Deputy Governor Musa Ibeto, had been asked to leave.

Speaking after the meeting, Aliyu said: “It is a platform we could use to actualise our political dreams. We are consulting with our elders and leaders and let’s look at some of the problems and find solutions to the problems some of us perceive we are facing.”

The meeting, he added, worked at finding solutions to the Nigeria Governors’ Forum (NGF) crisis and other political issues.

Though Aliyu said no resolution had been reached, he added: “We are consulting to make sure that we all understand the issue and we all come out with a solution. We also have to carry our people together as we go along. “

Asked if the Rivers State crisis was discussed, Aliyu said: “There is no gathering in Nigeria now where Rivers State issues will not come up, but our meeting is a larger issue than even the Governors’ Forum. We are discussing how to solve them.”

According to him, the governors are passionate about Nigeria’s development.

Nyako’s Director of Press and Public Affairs Alhaji Ahmed Sajoh quoted the governors as saying: “We will continue to make efforts to save the party (PDP). But, if our efforts fail to work out, we have no alternative than to fold our arms and see PDP dead. We will help in burying it.”

“We have held consultations with former President Olusegun Obasanjo and former Board of Trustee (BoT) chairman of PDP on the need for him and other major stakeholders to save the party from dying.

“We are not stopping with Obasanjo as one of the most respected Nigerians of our time; we will proceed to the likes of Gen Babangida and Gen. Abubakar and other eminent Nigerians just to mention but a few.”

He said unless these serious minded Nigerians intervened in time, the PDP, “which all of us built and nurtured to maturity will die of natural death.”

Nyako described the current trend in the PDP as worrisome, adding that its internal crisis is a threat to democracy.

According to him, governors of like minds will not fold their arms and see the party hijacked and thrown to the dustbin by a few individuals, hence their moves.

Some of Nyako’s loyalists have defected to the All Nigerian People’s Party (ANPP), which is part of the All Progressive Congress (APC).