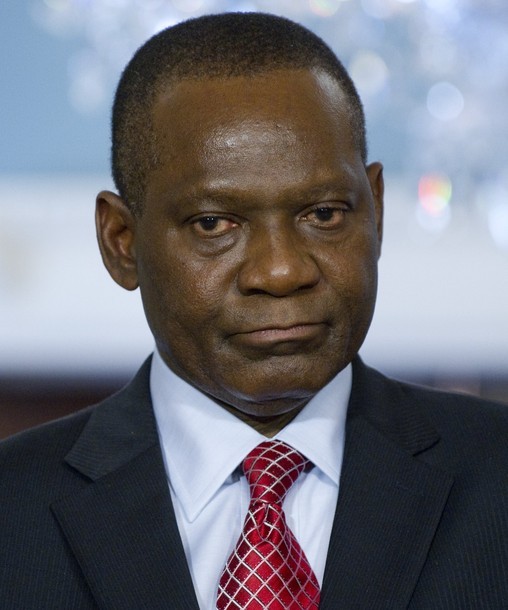 The Federal Government has said it is under pressure from the international community to sign the Gay Rights Bill into law in Nigeria.

The Minister of Foreign Affairs, Ambassador Olugbenga Ashiru, stated this in Abuja on Friday at an interactive session with the diplomatic corps, even as he accused the international community of hypocrisy.

He insisted that Nigeria would not sign the Gay Rights bill or abolish the death penalty without reviewing the constitution.

The minister said that Nigeria does not impose its culture on other countries and as such it was wrong for anyone to attempt to impose a foreign culture on the nation.  He said, “This thing must be understood because we have been under pressure about this issue of Gay Rights. It is not part of our own culture, you need to understand that. It needs to evolve. Let us get to that stage of understanding that two men can marry, then we will get to the bridge and cross it.  But please let foreign diplomats educate their various governments that you cannot come overnight and impose values that are not part of our tradition on us. Don’t impose it on us that we must allow it in our constitution. If we are talking about democracy, democracy is about free choice, free association you don’t force values on others.

“For those who have Gay Rights, even when I look at the population of those countries, those opposing are high in number. In some countries, the churches are against it, why put pressure on Nigeria and other African countries that we must put it (in our laws). Respect for human rights of a minute minority cannot be at the expense of the larger societal values, well-being and orientation of the people. Even laws are rooted in culture which must be upheld for the good of the society. I therefore appeal to the international community to show a greater understanding of the culture and traditions of our people.

“We don’t tell other countries how to live their lives. We don’t impose values on any country. Other countries too should not come and impose their own values on us. We don’t oppose any country that has put in its constitution the Gay Rights to allow two men or two women to marry themselves. But for Nigeria and a number of other African countries; it is not part of our culture yet.’’

He said it was hypocrisy for the United States to be championing Gay Rights and while criminalising polygamy which is part of Africa’s culture and tradition.

“At times you see hypocrisy in some of these things. I must be frank. If we talk about human rights, how do we apply them? It seems they are being applied to favour some certain groups and not of wider application. There is hypocrisy in this issue of Gay Rights and polygamy,” he added.

Also at the meeting, the minister said the Federal Government had barred foreign ambassadors and diplomats representing their countries in Nigeria from commenting on political issues in the country.

The minister said the action constituted an undue interference in Nigeria’s internal affairs.

He explained that the meeting was necessary to maintain the excellent relationship between Nigeria and the international community, and to remove any potential irritant or misunderstanding in their interactions.

He said the government was aware of the activities of some embassies that had been funding human rights groups’ activities in the country.

He said, “We know in Nigeria we have some of the strongest human rights groups. We also know that foreign missions have been freely supporting them with funding. It is okay. We have no objection.

“But we object when ambassadors conduct activities that are incompatible with their status as diplomats. If ambassadors want to join the human rights groups, they may as well resign to join them, but they cannot use the platform of being a diplomatic agent to interfere in our domestic activities. The Vienna convention states clearly the activities that are incompatible with your functions as an envoy.

“I will want ambassadors to please confine themselves to their traditional duties. If you feel strongly about any issue, come to the foreign ministry, I will receive you. When there are things you want to take up with the government, come to the ministry. Even if you come as a regional body, I will receive you. But for you to go to the media and start talking is incompatible with the status of your office.”

Ashiru lamented that oil theft in the Gulf of Guinea had remained a major challenge facing the country.

He warned that government would not release any foreign ship or crew member caught with stolen oil in the Gulf of Guinea because huge revenues had been lost to the activities of the criminals.

He said the Federal Government had raised a high-level committee headed by the Attorney-General of the Federation and Minister of Justice, Mohammed Adoke (SAN), to tackle the challenge.

“The Nigerian Navy and the NIMASA have been directed to take firm measures against any ship caught engaging in unwholesome activities, including oil theft, in Nigeria’s territorial waters.

“This is serving as a warning that henceforth, I will not be willing to grant audience to people coming to plead for the release of their ships or crew members caught in illegal activities,” he said.

On the efforts to dislodge terrorists in Adamawa, Yobe and Borno states, Ashiru said the security forces had continued to operate under the rules of engagement, with full respect for the human rights of the people.