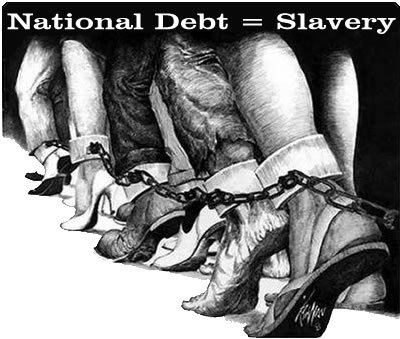 Recently, the Debt Management Office boisterously embarked on an international road show to promote a $1bn Eurobond.  The Minister of Finance, Dr. Ngozi Okonjo-Iweala, shortly thereafter gleefully reported that the eventual 400 per cent oversubscription of the bond was a mark of investor-confidence in the Nigerian economy.

According to Abraham Nwankwo, the DMO’s DG, the Eurobond, though not project-tied, is actually part of a Federal Government’s $8bn medium-term external borrowing plan, which the National Assembly has already approved.

Incidentally, the interest payable on the $1bn Eurobond is within the same range of 6.75 per cent as the initial $500m Eurobond issued in 2011, and actually similar to rates, which distressed economies such as Portugal and Greece currently pay.

The fresh Eurobond is primarily also targeted at consolidating market benchmarks for long-term external loans for the country’s public and private sector borrowings.  Curiously, since the DMO was established, Nigeria’s domestic and external debt has exploded from below N1tn ($6bn) and $4bn to over N6tn ($36bn) and $6bn respectively.

Unfortunately, in spite of such rapid debt accumulation, our critical infrastructure base has been impacted just minimally; it is also inexplicable, that these debts ballooned in spite of federal revenue regularly exceeding annual expenditure budgets, such that it became possible to share surplus revenue from the so-called excess crude account annually, while the Central Bank of Nigeria also maintained relatively healthy double-digit reserve surplus.  It is an undeniably reckless fiscal strategy to consume or classify any revenue as surplus without first addressing any inherent revenue shortfalls in annual budgets.

Curiously, in spite of the fact that our debt burden is currently well above the $35bn mark that was regarded as crisis level before the controversial London/Paris debt club exit, which siphoned over $12bn from our tattered pockets in 2006,  the National Assembly appears to have shown only a passing interest in the successive, oppressive debt accumulation. What a way to represent the people!

Evidently, the current cost of about seven per cent for external debts is considered more benign and tolerable than the 12 – 17 per cent which our government currently pays on its extensive domestic borrowings.  Consequently, the Economic Management Team has assured Nigerians that the current level of external debt, which is about 12 per cent of total debts, will be increased to 40 per cent within three to five years.

Nigerians may wonder why the domestic cost of borrowing, over which we have control, is persistently much higher than the cost of external loans, over which our government has no control.  Indeed, we have constantly drawn the attention of the National Assembly to the galloping pace of domestic debts in several articles. (See www.lesleba.com, for example,  “$34bn debt, $20bn reserves, debt forgiveness & slavery”-February 2005; “National Assembly fiddles as debt burden cripples”-May 2008; “Disinformation on debt accumulation”-April 2012.)  Regrettably, the lawmakers’ taciturn response is akin to the popular slogan of “Wetin concern agbero with overload?”

Incidentally, in early July, President Goodluck Jonathan signed the Memorandum of Understanding for a $1.29bn loan for the construction of four airport terminals and a 700MW hydropower station with China’s Export-Import Bank during his recent state visit.

Refreshingly, as constantly demanded by well-meaning critics of government’s development policies, the $1.29bn Chinese loan is tied up, ab initio, to specific infrastructural projects. Nonetheless, the choice of airport terminals for the huge expenditure may be seen as inappropriate in comparison to the greater social impact of people-oriented projects in sectors such as education, health, water and mass transport.  Besides, the Chinese have failed to impress with the quality of their infrastructural interventions in several African countries, and they have not shown much affinity for adopting significant local content (human/material) in such ventures.

Furthermore, these costly infrastructure loans seem to contradict government declared intention to adopt concessioning as a more efficient strategy to reduce government indebtedness with the active participation of the private sector in the operation of erstwhile corruption-riddled public utilities.

In reality, there is everything to be said in favour of cheap or concessionary loans, which are dedicated to specific infrastructural improvement, but it is certainly worrisome to incur burdensome loans, as the DMO has regularly done, primarily just to establish and sustain a benchmark for long-term domestic and external borrowings.  It is also, patently ridiculous and reckless to borrow at even one per cent interest, when concurrently, we have savings deposits, which earn less than one per cent yield annually!  It is worse still, if such loans are applied to liquidate existing debts, as recently suggested by the Minister of State for Finance, Dr. Yerima Ngama.

Consequently, the frenzied drive to expand our external debt must be worrisome to Nigerians, when the national reserves currently canvassed as over $50bn, earn returns below the cost Nigeria pays for its external and domestic borrowings.  Curiously, the CBN, is also exploring the possibility of investing part of its over $40bn reserves in China’s Inter-Bank bond market through the People’s Bank of China.  The projected yield on the CBN’s proposed investment in China is uncertain. However, the Chinese, as business savvy entrepreneurs, are unlikely to pay interest above three per cent (the cost of its own loans to Nigeria) for such investments.

Thus, in what may be seen as a farcical and distressful turn of events, the CBN would in effect lend to China so that Nigeria could borrow from China for our infrastructural enhancement.  The ubiquitous, but business conscious Nigerian market woman would be quick to advise Dr. Okonjo-Iweala that a wiser strategy would be to borrow directly from our own CBN, for our infrastructural development rather than the inexplicable convoluting trajectory contemplated.

Curiously, this peculiar loan strategy is also discernible in government’s domestic borrowings, where the CBN consciously creates and floods the money market with excess naira, whenever it substitutes naira allocations for dollar revenue.  Inevitably, soon after, the CBN timidly returns to the banks cap in hand, to borrow with treasury bills at double digit interest rates, just to reduce the “surplus” cash holdings in the hands of the banks and thereby restrain the abiding threat of inflation.  Regrettably, this strategy has failed over the last 20 years, as year-on-year inflation rates have continuously averaged an obviously oppressive rate of about 10 per cent when compared, for example, with the more socially supportive inflation rate of less than three per cent in China!!

Worse still, the high yields instigated by government’s unforced bloated domestic borrowings inadvertently attract international speculative hot money flows, which could ultimately adversely affect our exchange rate and economic stability, whenever there is the slightest storm in the international capital market.  Consequently, our economy has been blindly boxed into a “no win” situation!