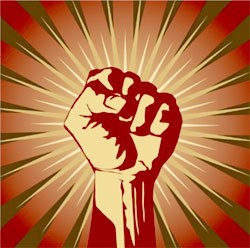 That is a country that prides itself that no single person is bigger than the country. An average American is ready to sacrifice himself for the good of the country. Why won’t they have loyal politicians, loyal soldiers, loyal civil servants, loyal citizens.

This whole PR stunt for the United States of America done by me doesn’t in no way undermine the fact that there are criminals in the US. Yes, we have financial crooks, we have paedophiles, we have legislative thugs and cultists as leaders, America has even more. Yet, America is working, we are weakening. What works for America is the collective power of national love that seems to prevail over any individual’s treachery.

It might look like I have seriously diverted from my article’s title, but let me hit the nail on the head.

This is the exact opposite in our dearly beloved Nigeria. Nigerians are among the world’s best ass lickers. We run around like little goats, begging for favours. We ‘dobale’, over-respect people, so as to be treated favourably (ask the yoruba people). We carry bags and suitcases of the ‘Ogas at the Top’, massage their egos, praise them…so as to make them pleased with us.

When all these don’t work, we become emergency activists. We take advantage of a trending issue and lash out with anger, often times lashing out in shameful ignorance.

We spit out venom, confused venom. We lash out in blindness, showing our ignorance. We seek cheap publicity, we beg for retweets and shares, we cry for followership and readership, we turn activism to advertising.

We try to be like @Omojuwa or like @Nedunaija, yet we forget that if these people don’t know their onions, they would have been silenced by now. We become confused activists, fighting because others are fighting. We join the fight halfway, without even bothering to know the origin of the fight.

It becomes worse, when our emergency activism is rather a calculated strategy to getting a job as Press Secretary or Media Officer to the victim.

We become activists today, tomorrow we sell out. One man from Guardian Newspapers can explain better. We fight them really hard, but somewhere in our minds, we pray to get a call from them, a call that will bring money or job or recognition or something in exchange.

Shameful indeed, our senior criminals look at us and laugh, they know they can turn us from activists to loyalists with just a hundred thousand, some even cost less. When we rant on twitter and facebook, they sit at home and drink tea…they know how to settle us.

Poverty has so much eaten deed into our youths, that we can even lick a dog’s ass, if it looks like that dog can give us a better life…painful.

Emergency activist; are you one..?

Akan Imoh is a Media Content Provider/Creative Writer. He has a burning passion for talent development among youths in a Nigeria with unique intricacies.
He blogs at Ovasabii.com and on twitter, he is @Ovasabii