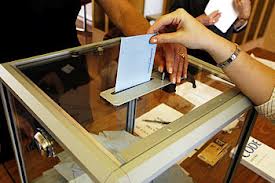 The laughable democracy practiced in many African nations is largely responsible for Africa’s many wounds, bruises and sores. When you consider the poverty in the land despite the huge prospect available to the continent, as an African, it is impossible not to apprehensively ask every now and then, that when would the continent’s deep wounds of poverty, nepotism, corruption civil war be healed?  Or when would the continent see the dividends of democracy.

Though many African nations claim to have embraced the balm of democracy, a system of government that puts power in the hands of the people in an atmosphere of freedom and free electoral system, still at that, elected leaders seem to be content with dishing out starvation, hunger, brutality among other dehumanizing acts that disregard the human right and human dignity of Africans. So instead of experiencing freedom and prosperity that true democracy brings, African leaders have succeeded in giving democracy a bad name and now it carries a bad face and nauseating aura, such that many young Africans, apart from book knowledge don’t have a practical experience of what true democracy should be or what it actually looks like. To me, that remains one of the most devastating angles to the continent’s challenge. Devastating in the sense that I have heard some young people naively out of anger say “if democracy is not working, then the military has a chance.” And like I keep asking, and I ask again, “Please, what chance?!”

We must consciously and regularly bring to mind that a nation’s inability to practice transparent democracy doesn’t make dictatorship an option. If we must make our seeming democracy work, we first must delete other options such as dictatorship or what some refer to as benevolent dictatorship. A dictator will always remain a tyrant. Nothing more!  In my opinion, that should never even be an arguable topic. See it all depends on what cause a dictator intends to achieve per time. That’s all that matters to a tyrant! In the real and deep sense of it, there’s nothing good about ruling all with the discretion of one. Maybe I honestly need to remind you that President Bashar al-Assad of Syria was once referred to as one of the most liberal Arab leaders, but I need not remind you of his resent brutality and insensitivity to the rights and dignity of the Syrian people.

As a matter of fact, judging by Africa’s performance, one could gullibly fall into the conclusion that representative leadership, which stands for government of the people by the people for the people is nothing but a leadership system which in practical terms is a sham.

But if one must critically go beyond the absurdity of calling a dog a bad name so it can be hanged, then it remains important to note that democracy, to a wide extent, has produced appreciable transformation for several nations in the west. Unfortunately, Africa’s case has remained different. Hence showing with the clarity of crystals that merely claiming to accept a thing isn’t enough!

Some African intellectuals have logically argued that a major reason for Africa’s failure at democracy is due to the fact that it is a paste and copy version of the Western democracy. In as much as that sounds true, yet, I vehemently think it is not. After all these years, how come African nations have not succeeded at devising a kind of democracy that would work best at liberating the continent? If there is anything that I think is killing this continent it is the lack of political will by African leaders, it is the over reliance on aid that is being flooded into Africa either in form of dash or debt. It has not only crippled democracy in Africa, it has encouraged corruption and robbed leaders from thinking out strategies to assuage Africa of her many wounds and maladies. And that is why you see a county like Nigeria despite its large arable land and oil, it still jumps from one western nation for one help or the other.

The truth still remains that if Africa must develop economically and in other areas too, true democracy remains a vital tool. All over the world there is this strong correlation between human development, economic prosperity and true democracy. Sadly, many African nations are alien to both.