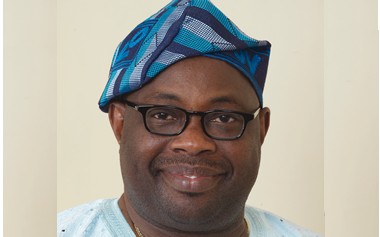 Fellow Nigerians, there is no place where democracy is desperately seeking and pleading for attention than our dear country. I will explain and demonstrate what I mean in a jiffy. Nigerians love the good things of life but oftentimes hate the process needed to attain them. We are a nation of miracle-seekers; the reason religion is very attractive here without commensurate piety and Godliness. A man who has just stolen his latest billions is not ashamed to run to his church and Pastor to offer a tithe on his loot. You recognise the important folks in your church as they scramble to take direct positions in front of the pew. Nowhere is ever too sacred for these guys. Their security goons with fully loaded guns often block the front, back and side views of the hapless congregation. This show of pump and power has become a veritable part of the Nigerian man’s appurtenances of office.

That supposedly meek Alhaji who has just slaughtered the treasury of the State is a regular visitor to the Holy Land. He never misses his spiritual obligations of praying five times a day with full ablutions to boot. The same man sits at ungodly hours with members of the Mafioso planning and plotting how to throw his country into a senseless orgy of violence and total mayhem. At that convenient moment, he forgets that Islam is supposed to be a religion of love and peace. A true Muslim is expected to be simple, humble and humane. Like his Christian counterpart, he’s not supposed to lay treasures on earth. His manner of death and unpretentious burial presupposes that he brought nothing to the world and he shall take nothing when he departs. Why then do we make all this fuss about power when we always act like we own God more than the Pope? The reason is simple. An average Nigerian loves God but his thoughts and deeds are far from His words.

If you’re a Christian, you must be familiar with the Biblical injunctions. The toughest and commonest of them all are: Love your neighbour as yourself; thou shall not steal; thou shall not kill; thou must forgive your enemy seventy times seven times; thou shall not lie, and so on and so forth. How many of us ever make any effort, much more strenuous attempts, to obey these commandments. Yet we all wish to enter the kingdom of God. We live like ostriches and still wish to walk tall like peacocks. In fact, one of the admonitions I find most confusing is the one that says: “Judge not lest you be judged…” Matthew 7:1. How’s that possible in our modern world, where everyman is a judge in his own cause? That’s why I chose to advise the people in authority rather than dismiss them totally. Let it be on record that I did my best to offer legitimate even if unsolicited counsel.

Unfortunately, we’ve chosen to turn many dictionary words and their meanings upside down. I think many years of military rule have finally taken their toll on us. Love has fled our land to other climes and most of us are doing nothing to woo her back. Brothers are turning against brothers. Sisters are bitching against each other. We sulk like babies over everything. Our nerves have become so raw and tender that we snarl over primordial issues. We have allowed money, ethnicity and religion, in that order, to tear us asunder. The immediate cause of my lamentation is the recent release from death row of former General Sani Abacha’s Man Friday, Major Hamza Al-Mustapha.

Some young friends had complained within 24 hours of Al Mustapha’s release that I had not commented on the judgment which most of them considered a miscarriage of justice. But it was not exactly true that I had not commented. I did but not in the elaborate manner they expected. My comment on Twitter was simply that God was the ultimate Judge. My reasons for this simple observation are even simpler.  One, whatever may be hidden from man is very clear to God.

Two, I had not availed myself of a copy of the judgment and it would be foolhardy of anyone to arrive at conclusions based on hearsay. Three, no sensible leader of thought and moulder of public opinion would ever disparage a judgment of a Court law and those who occupy esteemed positions in the Judiciary even if he feels they have erred in the duty and responsibilities. The courts remain the bastion and the last hope of the people. We should not demolish a house because of the presence of a few irritants.

If we do, all the good people inside would perish. I cannot even say that these particular Justices can be referred to  as irritants, simply because they have delivered a judgment that we may find unpalatable. Four, I personally feel the case had dragged on for too long and had become politicised and ethnicised like everything Nigerian. Five, if the judges feel the prosecution did not make enough effort to present a cast-iron case; I’m humble enough to acknowledge my limitations in matters and principles of law, and must therefore defer to their inexorable reasoning. Six, I will never support a kangaroo court treatment for anyone even if that person killed my mother and father. Seven, and lastly, we should know that legal matters are often tricky and if we doubt the decision we have the choice of challenging cases to their final destination but then we must accept the verdict at that final stage.

The tenets of democracy are tough and sometimes painful. There are too many dos and don’ts. Your freedom stops where mine begins. We’ve never really enjoyed the dividends of democracy in Nigeria. The same old warriors are still in charge manipulating all of us like the roulette wheel. It is the oldest casino game and we are their veritable instruments. Until the day something major happens, by whatever miracle or stroke of all, we shall continue this circus show of musical chairs. There is nothing to suggest that we’ve learnt anything tangible from our past. It is the same old song and chorus. It is as if there is a special liquid they inject into Nigerians that makes us lose our sanity the moment we lose power. I’m totally paranoid about that injection. I ask if one day I will become a stark raving lunatic animal like those before if ever I find my way to government and power. There are not too many good examples to suggest otherwise.

Even those on the periphery of power seem worse. No one talks about developing the nation. All we see are people tearing at each other’s throats. If we dismiss some as suffering from illiteracy, we cannot say the same of full-fledged Professors who threaten our corporate existence in the name of power shift. Let me be very direct. I was very disappointed when I read comments credited to Professor Ango Abdullahi that power must return to the North in 2015 at all costs and by any means necessary. He even boasted that the North has the numerical strength to win elections permanently.  I do not know where he got his figures from but that is a matter for another day.

What quickly came to mind were the following.  One, was how’s this man any different from those soldiers of fortune threatening that Nigeria must die if President Goodluck Jonathan does not win in 2015? Two, has Professor Abdullahi not given fillip to the argument of the militants and also enough notice for them to assemble their weapons of mass destruction? Three, which North is he referring to, North West, North East, North Central? What gives him the confidence that all of them would now vote as one, if they ever did before? Four, even if the North deserves to have another shot at the presidency, must it be put it so crudely and arrogantly as to provoke the South? Five, I don’t care where our next President comes from. Whosoever wishes to govern must be prepared to go through the electoral process. There is nothing in our Constitution that says power must rotate from North to South and vice versa. Every Nigerian has the legitimate right to aspire to the highest office in the land. The zoning agreement he claimed they had with former President Olusegun Obasanjo is not binding on the country. That was a private concoction between the convoluted Generals and their civilian allies in the People’s Democratic Party.  That Party is not, and can never, equate to Nigeria.

Democracy can never thrive in Nigeria with bullies screaming their heads off all over the place. The first thing we must kill before it kills our country totally is this tribal nonsense.  Even those in national positions are not able to think beyond the village they’ve done nothing to turn into a Dubai or Hong Kong. They speak with forked tongues, beating the drums of war yet talking about false peace.  Tribalism is their only qualification for appointments and election. The irredentists know for sure that having power in their zone will never translate to much gain for their community in general. They only live on the perpetual hope that they will have some access to the national cake with their kinsmen in power. That is the tragic reality. The religious malaise is just as bad.  Both tribal, parochial sentiments and religious opinions must be exorcised from our national consciousness.

As Nigerians, we must make up our minds that we are ready to put an end to the anomalies that have kept us backward and downtrodden. We must decide if this present shade of democracy is what we want or something else. Our intolerance of each other has reached atrocious levels. If Obama was a Nigerian, he would never have been able to contest Local Government elections let alone the Presidency. Yet were we not the ones that partied the loudest on his election as the first African American President. What have we learnt from that miracle to lead us to a desire to perform ours?

We are all celebrating the great Madiba, Nelson Mandela, today but is any of our leaders ready to pay such a personal sacrifice even at just the lower level of reducing the profligacy that has consumed us all? Are we ready to forgive our political enemies and march forward in a new season of true and total reconciliation? We obviously love the good things we see elsewhere but are never able to replicate same at home.  It is high time that we made the necessary personal choices and sacrifices.  Our nation will remain comatose and eventually die if we continue on this lethargic, apathetic path.  The prediction of the doomsday merchants will have come to pass, not because it was meant to be but because we let it be.

Our journey is definitely longer than we know.