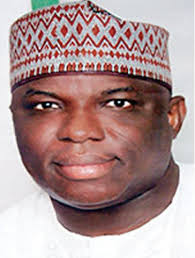 An Abuja Federal High Court on Thursday discharged and acquitted a former Minister of Works, Dr. Hassan Lawal, of corruption charges filed against him by the Economic and Financial Crimes Commission.

The EFCC prosecuted Lawal for charges bordering on conspiracy and money laundering, involving about N43.4m.

The former minister was accused of transferring various sums – N3m, 4m, 8m, N12.5m and N15m-at various times through an account in the United Bank for Africa Plc.

The prosecution alleged that the said funds were misappropriated from the Federal Ministry of Works, where Lawal served as the minister from 2008 to 2010.

The funds were meant for the rehabilitation of the Guto-Bagana Bridge across River Benue, according to the charge filed against the ex-minister.

Adesanya Adewale, a former banker, who was also standing trial for allegedly assisting Lawal to launder the money, was also freed by the court.

Justice Bello stressed that the prosecution did not produce any evidence to prove that the sums transferred by the former minister were derived from any illegal act.

He said, “The prosecution has failed to prove the essential ingredients of conspiracy and money laundering.

“It did not link any evidence that the funds were derived from any illegal act.”