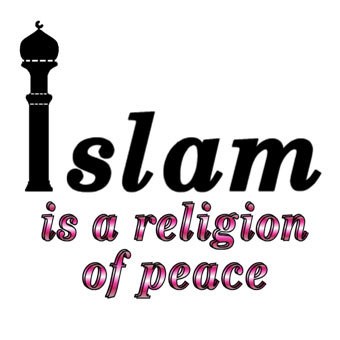 Over time many lives have been lost including enemies and loved ones all in the name of boko haram – the Islamic extremist (as they are commonly called). Boko haram is an Islamic jihadist militant terrorist organization based in the northeast of Nigerianorth Cameroon and Niger. It is an Islamist movement which strongly opposes man-made laws and Westernization. Contrary to this meaning (ON WIKIPEDIA)– boko haram are not jihadists. Jihad in the Qur’an means” the use of one’s utmost powers, efforts, endeavors or ability in contending with an object of disapprobation, and this is of three kinds; a visible enemy (like someone trying to lure you into bad acts), the devil (evil thoughts), and against one’s own self. Jihad is praying and striving against these three things and it’s far from being synonymous with that of war, and the constructed meaning “holy war”.

The prophet of Islam (pbuh) never interpreted jihad as war or holy war as the case maybe and the permission (Quran 22:40) to fight under certain circumstances has no connection with preaching the Islam by force or killing. God expects from us a jihad against our souls, against our Nafs, our free will which continuously incites us towards evil. God Has not given us any permission to use any kind of force to prohibit people from going to places of worship – churches, synagogues and temples – “where the names of God are being glorified (Quran 2: 114)

For the very learned and striving Nigerian, if we so believe in simple and direct meanings can’t we all see it’s very contradictory to find the Boko haram as anything Islamic since Islam is said to mean peace in every language there is.

It is okay to hate Boko haram, I despise them too, I have lost friends and colleagues to their madness but it’s just not okay to stigmatize Muslims especially the very obvious ones, the ones in hijab, jalabs and all sort of clothing that signify being a Muslim.

Sometime in 2011, a few friends of mine were murdered in Borno (MTS RIP) and the only two who survived (a Christian and a Muslim) were spared because they could recite the first Surat (chapter) in the Holy Qur’an, which I believe is even more confirming to a lot of you that they are Islamic extremists, but alas!

I watched a video on YouTube sometime in late 2011/early 2012 of some group of people (Boko Haram) slaughtering travelers and making adhan (call to prayer) and reciting the first chapter and a few verses of the Qur’an before beheading each and every one of them. This prompted me to visit my Qur’an and because I am not so good with the Arabic version, I checked the English version for meanings. I did a lot of research, it is confirmed that what they recited is totally against what they were doing.

They said: (QURAN 2:190) “fight in the cause of Allah those who fight and prosecute you, but commit no aggression. Surely Allah does not love aggressors’.  And I wondered isn’t this explanatory enough? And why is it the opposite they have decided to do?

I stumbled across another enlightening verse of the Qur’an which permits fighting but has been misconstrued; “turn them out whence they have turned you out. Killing is bad but lawlessness is even worse than carnage”. Thus, under certain circumstances war becomes indispensible. Even Jesus (Prophet Isa – pbuh) saw the necessity of war when he said; ‘Do not think that I have come to bring peace to the world. No I did not come to bring peace, but a sword.’ (Mathew, 10:34). The sword doesn’t mean to kill or slaughter, Islam permits fighting for two reasons; see (Quran 2:190, 22:39-40)

Islam is perfect, Muslims are not. Being a Muslim doesn’t segregate you from being human and just because some of us have embraced a certain religion doesn’t make us experts or above the law. One shouldn’t expect any more from what one expects from an average human being. As much as our faith should reflect our sense of being and living, don’t we find us making even more mistakes because we are mostly chosen to be tested by the Almighty?

I have never and will never criticize other religions because there is no compulsion in religion, it’s by choice. And my reason for choosing this or that is between me and my God assuming I believe there is one and as Muslims, Christians, Hindus or Jews etc.  Let’s know that for what it’s worth, killing is not a thing of the “SANE”. The Boko Haram group use retarded, hopeless and unintelligent people for operations. We shouldn’t join them in this state by blaming a particular religion. ALLAAH (SWT) says in His book that we should seek knowledge by ourselves for ourselves and with the help of others. He sent forth the Gospel, Torah, Psalms and the Qur’an. To help improve on our knowledge, how do we then communicate God’s words if we do not learn through schools and since Boko Haram says no to education, isn’t it automatic that they are obviously negating what the Almighty has requested of us?

Let’s come together as one and shame the government, the people who have decided to rip this country apart by raising all forms of groups and societies. One of the basic principles that can bring about peace and unity among the nations and the religions of the world is TOLERANCE, RESPECT AND HONOUR, towards each other’s founders, saints and heroes. The Quran tells us repeatedly that every nation had its Warner and these “warners” are to be respected and honored (Quran 2:4, 40:78, 42:13).

Let’s not go about insulting and calling Muslims names especially the Hausas, it’s even more encouraging for the weak-fated ones amongst us to succumb to the calling of the Boko haram. I often here bus conductors and even learned corps members insulting the Hausas and calling them killers and murderers. The faith they have chosen doesn’t make them Boko haram as Boko haram has got nothing to do with Islam or any faith I know of.