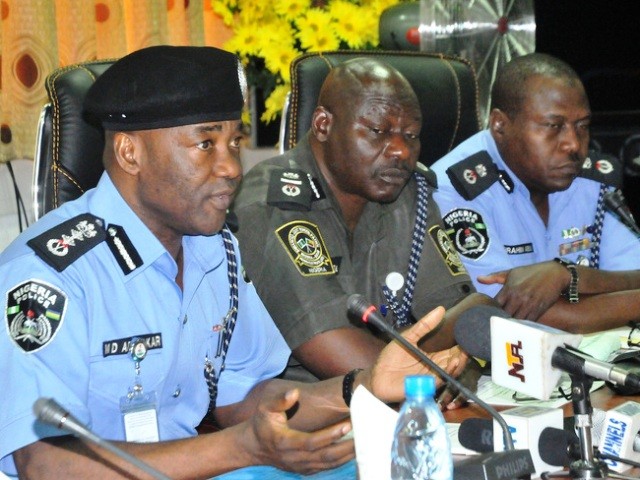 The news that 195 senior police officers, among them four Assistant Inspectors General (AIGs), are currently appearing before the Force Disciplinary Committee facing various charges of misconduct could not have come as a surprise to discerning Nigerians. According to Deputy Inspector General of Police (DIG) in charge of administration at the Force Headquarters, Suleiman Fakai, 17 Commissioners of Police, two Deputy Commissioners of Police and six Assistant Commissioners of Police would also appear before the committee. While revealing that one each of CP, ACP, and two SPs, as well as eight CSPs have been dismissed for serious cases of misconduct in the last one year, Fakai added that two CSPs, one SP and 13 ASPs were recently compulsorily retired, also for misconduct. A DCP, three CSPs, seven SPs, a DSP and 10 ASPs were also demoted during the period.

To the extent that this will be the first time in recent memory that the public is made aware of any serious disciplinary action against serving officers of the police, we consider the on-going exercise commendable and good for the image of the Force, which can indeed do with some discipline. As DIG Fakai explained, the Force is presently going through a self-cleansing crusade and it is only instructive that the public and by extension the serving colleagues of those being tried be made aware. But it would take more than an exercise in public relations for Nigerians to see the police as their friends given years of indiscriminate killings through “accidental discharges” aside extra-judicial executions which seem to be a pastime for many trigger-happy cops.

There are also other critical issues that the Fakai committee must deal with. Up till now policemen are still being used as rent collection agents; a lot of them still provide illegal security cover for people who engage in shady business; they get themselves involved in settling land disputes among several other duties which are plainly outside their duty schedule while sundry illegal acts are committed daily at Police stations, including extortion of suspects and charging fees for bail which normally should be free.

The Force Disciplinary Committee comprises all the Deputy Inspectors General of Police and the Force Secretary who also serves as its secretary. It reviews disciplinary matters involving officers from the rank of ASP and above who may have erred in the course of their duties and thereafter makes appropriate recommendations to the Police Service Commission on all cases it handles. Before being summoned by the committee, the affected officers were expected to have been investigated and found culpable at lower levels in the Police administration; a query must have been issued to them by their supervising authority and their responses obtained, and if they could not absolve themselves, they would be made to face the committee to finally determine their fate.

It must be put on record that the Nigeria Police Force has not been able to attain optimum efficiency in performance over the years. This failure has been attributed to several factors. For instance, a former Chairman of the Police Service Commission, retired Deputy Inspector General, Mr. Parry Osayande, once attributed the poor performance of the Force to humiliation the Police suffered during years of military rule. But it is now 14 years since the end of military rule, yet the image of the police has only become worse. Therefore throwing away a few rotten apples from the bunch may not provide the needed cleansing that would restore public confidence in the Force. What the police urgently need is the retraining and reorientation of its personnel, including the senior officers. The recent show of shame involving some serving police officers on the floor of the Rivers State House of Assembly spoke volumes of the degree of indiscipline within a Force that cannot draw a line between professionalism and partisanship.