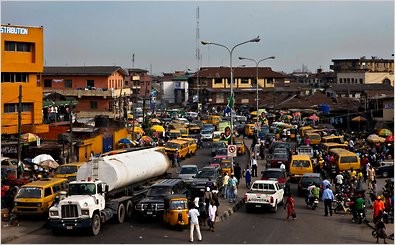 I  assure you, dear reader, that it is really frustrating having to write about the actions and inaction of government every time, at least speaking for myself. But I imagine that everyone who comments on the polity would desire that things were different but when they are not, one owes it to the nation to point out areas where things could be better. Who knows, someone might just be listening.

It is difficult to look the other way when the mass of our people, over 68 per cent continue to live below N200 a day, in spite of the enormous resources that the country has. It gets more depressing when, as often as they can, political office holders reel out loads of achievements, which do not have any bearing on the people.

And this has nothing to do with the touted impatience of Nigerians. Truth be told, Nigerians are patient with their government, almost to the point of docility. I say that with every sense of responsibility, not because I do not understand that development is a gradual, painstaking process, but because Nigerians never really ask for too much. This may shock you, but as pervasive and suffocating as corruption is in our land, I am persuaded that a majority of Nigerians would excuse the pilfering of our commonwealth, if their leaders were just kind enough to provide the basic things of life for them. Nigerians are classic “live and let live” people. How complementary that disposition is to democracy is a matter for another day.

But our leaders do not seem to get it. Rather than dig in on issues which would translate into almost instant quality livelihood or at least give pointers to a promising future, they engage in publicity stunts. They promote massive infrastructure and beatification projects which neither feed nor put money in the pocket of the common man. Wonder flyovers and highways of “international standards” have quickly become the fad in the past few years.

Of course, nothing is wrong with beautifying our environment and providing public infrastructure including roads. This is a necessity for the effective functioning of every economy but I am of the opinion that the concentration on roads does not help our economy for two reasons. The first is that efforts are mostly focussed on the urban areas, especially state capitals while the rural areas where a lot of economic activities, especially agriculture, take place are mostly left out. Second, they are done without an equal measure of attention to the development of people. As the indices for economic growth gets better in Nigeria, the people seem to get poorer, so I wonder what good roads would mean to a hungry and deprived populace.

About two weeks ago, The World Bank, one of the organisations which scored Nigeria high on her macroeconomic outlook, was quoted by Premiumtimesng.com to have stated in its Nigeria Economic Report, May, 2013 as follows: “In sum, statistics on poverty and unemployment in Nigeria, together with other direct indicators of welfare, suggest a story that is rather different from the national accounts data…”

At moments like that, one just doesn’t understand this rocket science mystery around governance in Nigeria. As an ordinary Nigerian, one sees various easy ways in which governments can gainfully engage millions of our compatriots who are roaming the streets. I will give you two examples.

Take agriculture, I am of the opinion that Nigeria’s unrealised potential in agriculture is a huge disappointment to the world and a shame factor for the county. According to the Minister for Agriculture and Natural Resources, Dr. Akinwumi Adesina, there are plans to create 3.5 million jobs from agriculture and the agro-allied industry by 2015. I imagine this to be a Federal Government drive and that each of the 36 states would work towards creating one tenth of that number of jobs within the next two years, through agriculture. Imagine the number of people who would be off the streets.

And there is no reason why this cannot be achieved. Governors who have resources to fly in private jets all over the country, should be able to create incentives that encourage unemployed youths to embrace agriculture, train and empower them to be self-sufficient. I know that the Kwara State Government has a Farm School where about 500 youth farmers, who are currently adding value to the economy of the state, have graduated.

I see no reason why this cannot happen in all the states. The country has all it takes. We have the land (74 million hectares of fertile land out of which only 34 million hectares are cultivated); we have the water, large internal markets and we have the labour, to make agriculture the mainstay of our economy like it was in the 1960s. We just need some creative leadership at every level to turn the current disadvantage of hunger and unemployment into an impetus for massive gain for the country and the whole world!

Adesina indicated that some progress was being made in the attempt to unlock the country’s potential as an agricultural giant. Such include the creation of a data base of about 4.5 million farmers and a growth-enhancement programme to provide seed and fertiliser support. There are also claims that appreciable boosts in the production of wheat and rice have reduced the volume of imports. However, the reality is that Nigeria cannot feed its citizens to the extent that we import basic food items like beans and experts are beginning to link the poor academic performance of pupils to dietary deficiencies. Given that the bulk of farmers in Nigeria are old men and women, we should build a new generation of farmers.  States should explore every possible means including public-private partnerships to develop agriculture and value chains in their areas.  If we do this successfully, we would have solved the problems of hunger, massive unemployment and increased the capacity of states to earn.

The second industry is the entertainment. With individual exploits in music and movies in Nigeria these days, governments at all levels must tap into the enormous potential of the industry. It is good to hear that the Federal Government has set aside a N3bn grant for the film industry but this goes beyond just throwing money at people. It is about encouraging practitioners to organise themselves properly and then seeing to it that deliberate government policies which would tackle piracy, ensure appropriate funding and taxation as well as safe guard distribution channels, are put in place. If we get it right in the entertainment sector, hundreds of thousands of jobs would be provided even as the country would have enhanced her foreign exchange earnings.

In America for example, the state of California, where Hollywood is, has 6,600 business establishments servicing the film and television industry. 2.4 million private sector jobs are attributable to the film and television industry all over the United States.  746, 000 of these are directly employed to the production, marketing, manufacturing and distribution of film and television productions while 1.7 million people are employed in businesses like catering, hotels and restaurants. In 2008, the industry paid sums totalling about $40bn to vendors and small businesses. It also paid well over $41. 7bn as wages to employees and generated about $13bn for cash-strapped states as income and sale taxes!  I wonder which state in Nigeria would dare enable the entertainment industry.

There must just be something that every state in Nigeria could do to free itself from the bondage of waiting for the monthly allocations from oil revenue from the centre, save us all from the heat of the endless scuffles, which emanate thereof and provide a platform of hope for millions of already discouraged Nigerian youths or is it that I dont understand how difficult these things are?