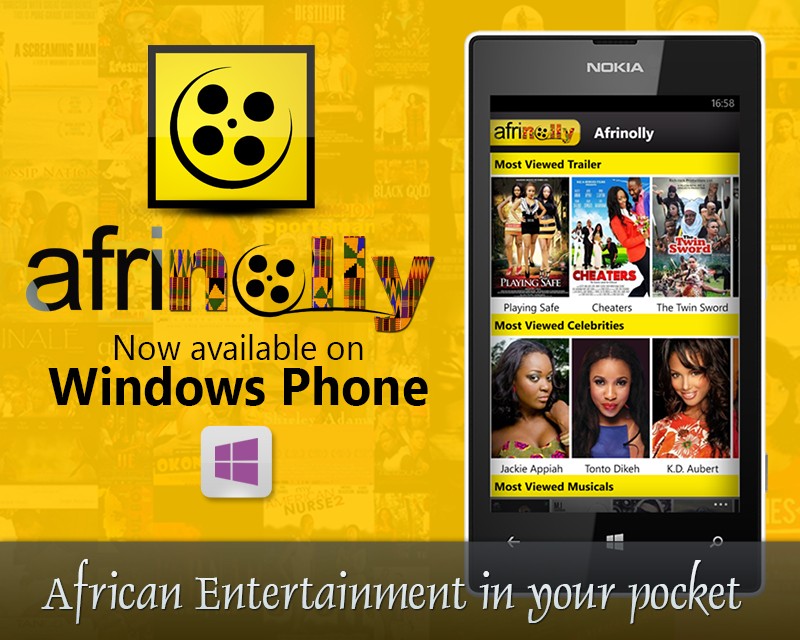 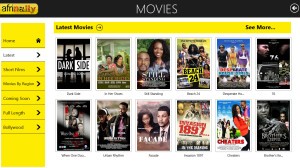 Developed by the young folks at FansConnectOnline Limited working out of Lagos Nigeria, Afrinolly allows users to watch full length Nollywood movies, African movies, Trailers, Short films, Music videos and full length Bollywood movies on their Smart devices. On Afrinolly users get to watch the best of Nigerian movies and other African movies including Short films/Documentaries and comedy. Afrinolly also brings the latest African celebrity news plus gossip about movies, music and celebrities in Africa to users.

“Developing Afrinolly on Windows 8 has been an experience that was both challenging and interesting. Keeping our unified look and feel at the same time taking advantage of the key design principle of Metro; relying more on content and typography, was an interesting challenge. In the end we were able to build an app that is both clean and fast.” – Bobola Oniwura. 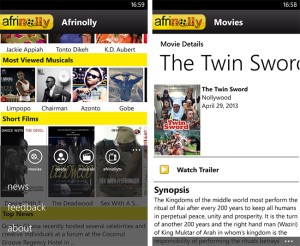 Afrinolly is available for Windows Phone 8 and for Windows 8 PC’s. Afrinolly have seen a progressive growth rate in terms of downloads across Africa and beyond, with over 2.5 million downloads across its various existing versions: Android, Blackberry, iOS, Nokia Symbian, Nokia S40 and Java. We are excited that more Africans with taste for the super smart devices will enjoy using the app on their Windows Phone and Windows 8 PC’s.

Download Afrinolly for Windows 8 (PC) from the Windows Store at http://bit.ly/1bJPOl8 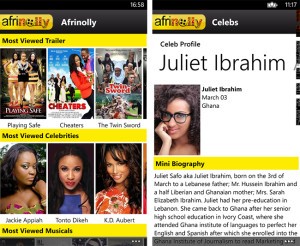