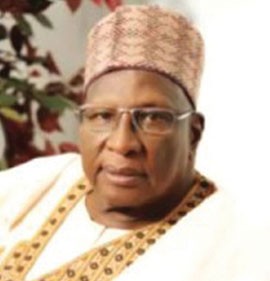 PDP National Chairman, Bamanga Tukur yesterday told Sokoto State Governor Aliyu Wamakko that he is free to leave the party if he so desires.

Reacting to Wamakko’s call for his removal, Tukur, through a statement by his Special Assistant on Media, Prince Oliver Okpala, said it is the governor’s constitutional right to leave the party, adding that as long as he (Tukur) remained the chairman, Wamakko and others with similar inclination must align themselves with party discipline.

The statement said: “He (Wamakko) should not stay in the party and be encouraging insubordination and indiscipline.

“The leadership of the party under Tukur has regards for party discipline and will never waver.”

“Therefore, for him to say Tukur is a political prostitute; does that portray him as a true son? He should express a true sense of respect and discipline because of his position as a governor.

“When he insults an elderly man like Tukur because he is a governor, then we don’t think he has the moral fibre to remain in office because as a governor he should live by example.

“The example, he is showing now does not portray him as someone who has respect for seniority and properly constituted authority like the position of chairman of PDP and the NWC.”

The party chairman said on Tambuwal: “He has the right to support his governor, but as a party man, he should toe the line of political discipline and comportment.

“Tukur, as a father, will always look after his children who are party members and be able to caution them and bring them to order whenever they engage in acts that are subversive to the corporate existence and image of the PDP as a political entity and the largest political movement in Africa”.

The PDP also asked Wamakko not to take his suspension “personal”.

It rated Tambuwal’s presence at a reception for Wamakko in Sokoto on Wednesday as a “social gathering”.

PDP National Publicity secretary Olisa Metuh made the party’s position known in an exclusive chat with our correspondent in Abuja.

Metuh said: “I am not aware Wamakko said that the National Chairman of PDP, Alhaji Bamanga Tukur, is incompetent. We will be shocked if he went personal.

“We noted the fact that he has performed, we are also aware that his people are happy with him but he was elected on the platform of PDP and he has to respect the party and be obedient to its constitution. He needs to appreciate that the issue at stake is not personal.

“As a governor, Wamakko, like all other elected leaders of PDP, is a product of the party. He owes the party an obligation to be loyal and respect its rules and regulations.

Asked of the position of the party on Tambuwal’s presence in Sokoto, Metuh said: “The reception was not a party meeting; the Speaker only attended a social gathering organised for the governor.

“What the governor did was to address a mammoth crowd; there was nothing wrong with the Speaker being there.

“There is no Article in the PDP Constitution stopping members from attending social gathering.”

On the setting up of a nine-man committee to resolve the crisis between the party leadership and some stalwarts like suspended governors, Metuh said: “Officially, we have not been notified.”

On when the ongoing disciplinary action against Governor Rotimi Amaechi will be concluded, Metuh said: “I understand the matter is subjudice. I will not want to talk on subjudicial issue.

“I came back to the country this morning; I will not talk on the matter until I have been briefed by the National Legal Adviser of the party.”