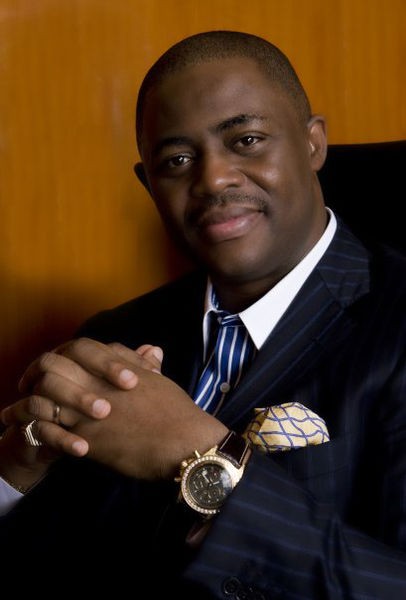 In an article titled ”On A False Premise- U.S. Looks To G8 Summit For Consensus Over Libya”, the American journalist Shawn Helton of the ’21st Century Wire’ wrote the following-

”Ben Rhodes, Deputy National Security Adviser to President Obama declared thursday that the Syrian Army had used sarin gas on it’s own people. These claims have been unsubstantiated. Just one month ago, Carla Del Ponte, a member of the U.N. Independent Commission of Inquiry on Syria concluded that it was the rebel forces inside Syria that had in fact used chemical weapons. The U.N.’s findings were supported by medical staff and victims after a recent chemical attack. So why the sudden rush to judgement? Is the White House ”highly confident” of the chemical weapons narrative because it provides easier access into Syria and to it’s oil and gas reserves?”

This is indeed the question of the century when it comes to the crisis in Syria.

The G8 is meeting in Northern Ireland on 17th June 2013 in an attempt to agree on what to do concerning the Syrian civil war. The world is watching with deep concern as the conflict widens and different countries are beginning to take different sides. I urge the Russians, the Chinese, the Iranians and Hezbollah to stand firmly against the reckless adventurism of the Americans, the British, the French, the Saudis and the Turks in Syria. To arm the Syrian islamists and rebels, the majority of whom hate ethnic minorities, secularists, moderate muslims and christians and who kill those that do not share their narrow and primitive world view is utter madness. Bashir Al Assad will NEVER be removed by force and the secular state of Syria where ethnic minorities and those who share other faiths are protected will never fall. The British, the French, the Americans and their allies will not achieve their objectives in this conflict despite all their lies and disinformation about what Al Assad is supposed to have done and is supposed to be doing.

I do not believe for one minute that Al Assad has used chemical weapons against his own people- rather I believe that it is the rebels, armed by the western powers, the Turks and the Saudis that are doing so, to those that are supporting Al Assad. For once the world must not be fooled with lies and they must stand up against the traditional bullies of the world, those that believe in regime change and those that destabilise and destroy the nations of others for economic and pecuniary gain.

I do not blame Al Assad for the 90,000 people that have been killed in Syria since this conflict began but instead I blame the western powers, their allies and the Syrian rebels who are actually arming encouraging and funding Al Qaeda islamist fighters to lead the fight in the battle against Al Assad. How Barak Obama can stomach the stench of those that slit the throats of so-called ”unbelivers” and commit these atrocities and actually fund and support them I don’t know.

Yesterday it was Iraq, Egypt and Libya. Today it is Syria. Tomorrow it will be Lebanon and Iran. After they have finished with the Middle East they will take the battle to the gates of Russia and China. And of course one day it will be the Sudan, Nigeria and Somalia. Their lust for power and determination to control the entire world is insatiable and it has no end. It is time for people to wake up and stop being taken in by their evil lies and disinformation which is being churned out on a daily basis by the international news networks which they control. It is time for the world to wake up and say “enough is enough”. It is time for the truth to prevail.

Oh Lord Jesus return soon and save this world from the evil of those that seek to rule it and wipe out their counsel in the name of Jesus. These people are the natural enemies of all believers whether they be christian, jewish or muslim. They do not believe in God. They believe in the power of the devil, the gods of the New Age, the usage of money, brute force, murder, disinformation, lies and deceit. They are the agents of the Illuminati who seek to establish a one world government and a new world order where no monotheic religion and no faith has any relevance and where the Living God is relegated to the background and is described as a powerless relic of history.

It is the duty of every believer, whether christian, muslim or jewish, to resist their evil and their desire to control and dominate the world and its resources. May God open the eyes of the people of the world to their evil and to their sheer callousness and greed. Satan works through them and he seeks to enslave us all by empowering and enthroning them. They have all the power, all the armies, all the money, all the media houses, all the international television networks, all the satellite and space-based spying systems and all the sophisticated telecommunication networks. They control virtually everything on the earth. Yet we have God, who never sleeps and who has never lost a battle.

In the end His counsel alone will stand, His will shall be done, His purpose shall be established and His name will be glorified. Even if they kill half the world’s population in their evil quest, at the end of the day the righteous shall be vindicated and the truth shall prevail because God is with us. I weep when I see the innocents that are slaughtered on a daily basis in Syria. I cry when I see children being beheaded and blown apart, and when I see the bodies of women being mutilated. I groan when I see deranged and callous men doing the will of America and destroying their own beautiful country and heritage for no just cause. I shudder when I see so-called rebels hacking their compatriots to pieces and eating their hearts and organs with joy.

Vladimir Putin’s words to David Cameron during their joint press conference at 10 Downing Street after a meeting on 16th June are instructive. He said ”I think you will not deny that one does not really need to support the people who not only kill their enemies, but open up their bodies, eat their intestines, in front of the public and cameras. Is it them you want to supply with weapons?”. These are wise words indeed and a legitimate question. We should all take a little time out to ponder on them. Another interesting contribution came from the respected American war hero General Wesley Clark who was the Supreme Allied Commander of NATO forces in Europe, during the Kosovo war. He said that America had drawn up plans to invade Iraq, Syria, Libya, Lebanon, Somalia, Sudan and Iran as far back as 2001, just a few days after the attack on the Twin Towers in New York on 9/11. It follows that what we are witnessing in Syria today is a script that was written many years ago and which is being effected with ruthless determination and clinical precision. No matter how long it takes and regardless of the cost in terms of loss of civilian lives and the shedding of innocent blood. Those that believe that it is their manifest duty and destiny to rule and dominate the entire world are determined to effect their sinister purpose and evil agenda to bring Syria down to her knees. This, surely, is not only a travesty of justice, but it also a tragedy of monuemental proportions.

Yet the American-made Shakespearean tragedies of the Middle East just keep on unfolding. Let us go back a little. According to George Galloway, the utterly irrepressable, exceptionally intelligent and deeply courageous British Member of Parliament for Bradford, no less than one million Iraqi people, mainly women and children, died as a direct consequence of the economic sanctions and the ”oil for food” programme that the west imposed on Iraq when Saddam Hussein was still in power. Yet it didn’t stop there. When Iraq was eventually invaded and Baghdad was carpet-bombed by George W. Bush and Tony Blair’s ”coalition of the willing” in 2003, no less than 150,000 Iraqi civilians, again mainly women and children, were slaughtered like flies within the space of just a few days. What a terrible price that had to be paid for the sheer mess that we have in Iraq today. Where the minority sunni muslims are waging an all out jihad against the majority shia. That is the kind of carnage, confusion and mayhem that America and her allies are spreading all over the Middle East, sparking off a major regional conflict which is drawing in many other countries, and it appears that Syria is in the process of being consummed by it. This beleagured nation has been turned into a blood-soaked arena and a blood-drenched theater for a proxy war which is bound to spread to the neighbouring Arab countries. What an utter shame.

Yet like David Icke, Naom Chomsky, Alex Jones, Norma G. Finkelstein and millions of other deep thinkers and great minds from all over the world, I stand with the Syrian people and the legitimate government of their sovereign and independant state at this difficult time. I believe that no matter what the agents of satan say or do God shall defend their noble cause and He shall vindicate them and deliver them from the evil that stalks the world and that seeks to take control of their land.

Permit me to end this contribution with some interesting questions that were put by Yele Odofin Bello, who is a Nigerian Canadian and who has captured the mood of the moment rather well. He wrote, ”why would the west arm rebels in Syria against a recognised government whilst they did the exact opposite in Colombia and Sri Lanka? Who decides what is evil and what is not? And what yardstick do we use to make these determinations? Why should Iran stay on the sideline when the Saudis and other despotic Arab regimes support rebels in this conflict? I still maintain that objective journalism died in 2007. The BBC, CNN and other western media houses continue to claim that Al Assad has ‘killed over 92,000 of his own people’. Does it mean that all those casualties were rebels and civilians? Why is the western press so eager to marginalise the Syrian Army by referring to them as ‘regime forces’ or ‘Assad forces’?” The answers to these pertinent and insightful questions are self-evident.

God bless the people of the Syrian Arab Republic.