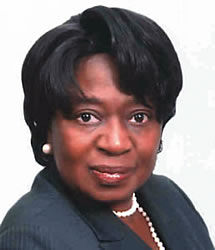 Minister of State for Defence, Erelu Olusola Obada, has solicited the cooperation of Japan, on terrorism and other security challenges confronting the country.

Speaking while inaugurating the Japanese government funded participants hostel for Peace Support Operation, PSO, courses at National Defence College, NDC, the minister noted that both countries had been strategic partners on other endeavours.

She said: “We will like to have the relationship strengthened. That is why we are celebrating this partnership today.  The cooperation would be in the area of technological transfer”.

Disclosing that the defence sector was looking at the private sector partnering Defence Industries Corporation of Nigeria, DICON, the minister said Japan could play a part in this area.

She noted that Japan was an advanced technological nation and third largest economy in the world after U.S. and China, pointing out that Nigeria stood to leverage on the Japanese technological powers and economic strength to realise her goal of joining the top 20 economies in the world by the year 2020.

“What we have come to witness today is yet another journey that will take both countries to greater heights. I urge both countries to keep faith and stay with the terms of the project to see that it is utilised to fully serve its purpose of facilitating effective training and learning at the NDC, ‘’ Obada said.

In his remarks, Japanese Ambassador to Nigeria, Mr Ryuichi Shoji, said through the UNDP project, Japan had assisted the African Centre for Strategic Research and Studies of the NDC with $1million.

Shoji said Japan had also supported 11 Peace keeping Centres in Africa with $26 million since 2008 for the refurbishing and furnishing of the centres and training programmes.

He said Japanese peace building experts were also sent to the centres to strengthen their ties.“This project is a symbol of appreciation of the positive role Nigeria is playing in her peace building and peace keeping in West Africa.

“This is also part of our efforts to strengthen our Africa capability in security and terrorism and also a symbol of cordial relationship that exist between both counties,‘’ he said.

On his part, the Commandant of NDC, Rear Adm. Thomas Lokoson, said the support being celebrated was one of the numerous assistance the government of Japan was offering to the country.

Lokoson said NDC was highly excited about the project which would further enhance the capacity of the college in conducting PSO courses for Nigeria in particular and Africa generally.

“The intervention by the government of Japan in building a residential accommodation for participants of our short capacity building courses will  not only enable us have more PSO training but will also free some funds for other programme, ‘’ he said.