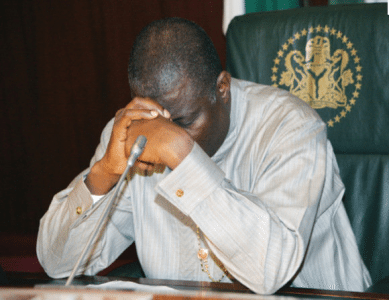 On October 1 2010, President Goodluck Jonathan led Nigerian and International dignitaries to the Eagle Square in Abuja to celebrate the 50th anniversary of Nigeria’s independence. Suddenly, two explosions shattered the solemn and tranquil occasion. The blasts came about an hour after MEND; the Niger Delta based militant group issued e-mail messages to security agencies and some media houses warning of the impending attacks. They also advised people to evacuate areas close to the venue of the independence celebrations.

“Several explosive devices have been successfully planted in and around the venue by our operatives working inside the government security services,” the email, signed by MEND spokesman Jomo Gbomo, said. When the bombs exploded, 12 people lost their lives and 36 were severely injured. Nigerians were shocked at the audacity of MEND to carry out the first ever bomb attack in Abuja. They were even more shocked with the reaction of President Goodluck Jonathan who absolved MEND of complicity in the terrorist act.

In his first public reaction to the bomb blasts, the President who hails from the Niger Delta said ‘terrorists’ were behind the deadly explosions and not MEND. “It is erroneous to think that my people who have been agitating for good living will deliberately blow up the opportunity they have now,” Jonathan said. The South African police who did not share the President’s belief on the innocence of MEND picked up its leader Mr. Henry Okah who was resident in their country and charged him to court over the terrorist attack. In January this year, a South Gauteng High Court secured his conviction on 13 counts of terrorism, including engaging in terrorist activities, conspiracy to engage in terrorist activities, and delivering, placing, and detonating an explosive device. He was sentenced to 24 years.

Two years after the blunder, President Jonathan made yet another controversial claim. Speaking during an inter-denominational service to mark the 2012 Armed Forces Remembrance Day, he said Boko Haram has infiltrated the executive, legislative and judiciary arms of government as well as the police and armed forces.

As serious as this claim sounds, the President did not provide the names of those people in his government who have been compromised by Boko Haram, nor has anybody been arrested or prosecuted. Unfortunately, the organization has become more daring and destructive since the presidential pronouncement. Even if the President treats the alleged infiltration of the legislature, judiciary and executive with levity, the situation in the military should have been given top priority.

Two very serious security breaches have occurred since the statement was made which suggest there has been an infiltration of our security system. First was the attack in January this year on 150 Nigerian soldiers who were ready to leave for war-torn Mali for peace mission. They were ambushed along the Okene-Lokoja-Abuja road in a village called Abobo in Okehi local government area.

Two soldiers were felled while five others sustained serious injuries.

The Director Army Public Relations Major General Mobolaji Koleoso said an explosive device was deployed near the road and was detonated while the soldiers’ vehicles were close to it.

“It was a distant explosion. The soldiers were the targets because many vehicles passed the area before them.

Immediately after the attack, a group that called itself the Jama’atu Ansarul Muslimina Fi Biladis – Sudan, a faction of Boko Haram claimed responsibility for it.

We did not hear more news about that attack until recently when Gen. Ihejirika said a suspect, who is a soldier, is in detention, waiting for court martial in connection with the leakage. The General who spoke at the opening ceremony of a three-day Army Transformation Seminar in Abuja observed that “Certain vital information had one way or the other worked negatively in our operations. There are also some other soldiers that have been found posting negative comments in the Internet and also some have been engaging in conversing with insurgents.”

The moles are not only in the army. The bug has caught the Nigeria Police too. The Eggon militias known as Ombaste in Nassarawa State killed over 100 policemen and other security agencies. This situation has shocked not only the Nassarawa people but also the entire country as a whole. Early this month, the police arrested one of its men for allegedly leaking the information that led to the ambush and the massacre.

The amazing thing here is the cavalier manner in which the security and lives of our security men is being exposed to unnecessary risks. The President is not only the political leader of all Nigerians; he is also the Commander – In – Chief of Nigerian armed forces. The Boko Haram group has declared war on the armed forces of Nigeria. As their  Commander – In – Chief, what the armed forces expected of him is to expose, arrest and prosecute those members of  his command that owe their allegiance to Boko Haram.  Sadly, the President never did this and therefore should be held responsible for the deaths of the security operatives at Eagle Square on October 1 2010, the soldiers in Kogi and the police in Nassarawa. This is not to talk of the many other casualties of insurgent activities whose deaths could be linked vicariously to the leakage of information to insurgents by moles in these armed forces.

This President is a security disaster because even top security secrets entrusted to his office have found their way in the newspapers. After the mass murder of policemen in Nassarawa, the President cut short his official trip to South Africa and returned home to hold a meeting with his security chiefs. Immediately the meeting was closed, the Punch newspaper got its details and published same on its front page. The Presidency denied the Punch story but developments since then – particularly the declaration of a state of emergency in three states – have proved that the Punch had correct information on the top-secret discussions between the President and his security chiefs.

On the October 1 2010 Independence bombings, the media and security agencies were informed of the impending attack. MEND, which the President tried unsuccessfully to defend after the attack, said in their e-mails earlier that they were working with their contacts in the security agencies to commit these acts of terror. Did the President know this? What did he do to save the lives that were eventually lost in that attack?

The President has so far demonstrated a sickening incapacity to Command his forces. It is either that his advisers poorly serve him or he is incapable of receiving good advice. Either way, a country that is saddled with a President and Commander –In – Chief who announces in public that insurgents have infiltrated his forces and does nothing to stop them in their track poses a grave danger to the corporate existence of the country itself. What then will be the fate of the Nigerian armed forces if a foreign enemy force infiltrates them as the insurgents have done now and go ahead to sabotage their operations?