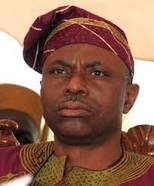 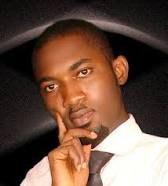 Olusegun Mimiko has finally signed a pact with the devil. No matter how long your spoon is, you cannot wine and dine with the ruling party without your tongue being armed with venom. As it is known that PDP politicians are perpetually suffering from incurable intellectual kwashiorkor, I will still give Mimiko the benefit of doubt, albeit this might be transient because he is fast losing his nervous system to greed.

Psychologically and politically, Mimiko simply has no concept of the modern nation-state. His psychology and ontology are still firmly rooted in the primordial paradigm of empire, kingdom and fiefdom. Yet because liberal democracy itself is one of the bye-products of the struggle for the nation-state, a man who has no notion of the nation-state cannot be expected to have any truck with democracy and its twin-concept of limited tenure and wide consultations with compatriots who enjoy equal civil rights. It is like asking a caveman to preside over the affairs of the open society.

As a country, we have now established ourselves as a considerably emotive people, quite like ancient Rome’s fearsome mob, which was as adept at lynching as it was incapable of any reflection. We were never capable of deep thinking anyway, or of patient reasoning and arguments. Many thought this failing was part of the processes of growing up, of maturing as a nation, and of finding our feet as an independent country. It was felt that with time, we were likely to be better, not only at considering the weighty issues we contend with, but at forging a consensus among ourselves or at setting the boundaries and frameworks of the instruments of mediating our differences.

The ongoing NGF melodrama has exposed Mimiko’s romance with the devil. Some are born incorrigible. Others achieve incorrigibility, while many have incorrigibility thrust upon them. Mimiko, the self acclaimed vice-chairman of Jang-led NGF, seems to manage all these at once. A prince without principality, it will take a long while for Mimiko to recover from his princely patrimony. Like all opportunists, he wasted no time in joining the winning bandwagon. In order to justify his complete conversion to the ruling ideology of the forcible liquidation of the Nigerian electorate, the political stockbroker has become even more antidemocratic in his pronouncements than the feudal taskmasters he is fronting for.

Compromise, consensus and conciliation are the hallmark of a virile democratic polity, not the psychological warfare associated with military offensive. But obviously this cuts no ice with the PDP stalwarts. For its badly traumatized and unhinged leadership, the electorate has no locus standi in matters that concern them. If majority voted you out, why should you be imposing yourself? Why not the court option to challenge the decision of the electorate? The PDP fouls up the atmosphere very badly.

Like we have seen in some states, if Nigeria appears to have bucked the trend of the PDP, it is ironically because the great centrifugal forces which propel the country along and the micro pluralism of contending power centres in their negative equilibrium make it impossible for one individual or a group for that matter to enjoy permanent ascendancy. Once the equilibrium is disturbed either through unwarranted military take-over, annulment of fair elections, dubious self-perpetuation schemes or the forcible occupation of opposition stronghold, the country does not enjoy peace until centrifugal parity is restored.

It is quite sobering and instructive to note that while Mimiko was making his rabid pronouncements on the NGF issue, the cultured and civilized Tunde Fashola has approached the court for help. The electoral and governance mess in Nigeria is too compelling for discerning observers not to notice. After nearly three decades of grandstanding with expansive flourish on the false templates of democracy and good governance, the chicks were finally coming home to roost for the celebrated chicken farmer.

A tested farmer should know that you cannot plant coconuts and expect to harvest cassava. However much we choose to ignore history in the flush of transient power, history will not ignore us. The simple problem with our democracy is not the constitution, no matter how flawed it is, or the electoral law, no matter how inadequate, or even our federalism, no matter how tainted with the sunitary hangover. Our problem is that we are led by men with no character, who when faced, for instance, with defeat in NGF, simply went to Abuja, wrote figures and forced them upon us without their conscience troubling them.

We have very good news for Mimiko. Like all members of a political caste driven by a pact with suicide, his choices of association are quite compelling, though he needs to enjoy his freedom. To have chosen the politically regressive, no-sensible, intensely unconscious, anti-cosmopolitan and the ever non-combustible seabed of PDP as resting nest shows that Mimiko has finally gone on demonic trance. Those who are praying for a swift termination of the current democratic chicanery can only rub their hands in relish. In all probability, the PDP will be given a decent funeral in 2015. But let us make a historical wager. If care is not taken, political nonentities will soon turn the nation itself into a non-entity.

Jonah Ayodele Obajeun is a professional working with a multinational. Reach him on twitter via @obajeun