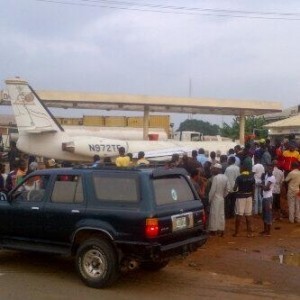 There is nothing to be worried about. The rumour going round on social media about a plane crash in Igando area of Lagos has been cleared by The National Emergency Management Agency ( NEMA) . In a telephone discussion with The Nation, Mr Ibrahim Farinloye, the information officer, South West office of NEMA, explained that no aircraft either crashed or crash landed in any area of Lagos.

He further explained that “What we learnt is that on Wednesday night, about 11.20 pm, some persons were transporting scraps of disused aircraft in a truck from the airport vicinity. This triggered anxiety among resident that saw it, people took the photographs and circulated it on social media, thinking it was wreckage of an aircraft that had a crash.  This is the cause of the anxiety. There is no crash in Lagos.”

He clarified that the aircraft was at Mangoro and not Igando as was being circulated in social media. “The evacuation is usually done at night to forestall this kind of public misinformation by mischief makers” He added.