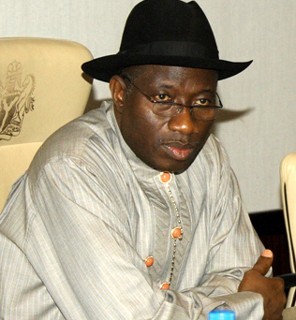 Few days ago, Nigeria played against Uruguay in the on-going Confederations Cup taking place in Brazil. Although the Super Eagles fell 1-2 to the Uruguayans, a random sample of opinions especially from my friends on Facebook and followers on Twitter suggests the Coach Stephen Keshi tutored lads did not disappoint. How so?

I did not watch the match. Matter of fact, I’ve stopped watching any game involving the senior national team for a very long time now. Maybe, who knows, I might yet again gather the courage to watch them play just as I salute the millions of Nigerians who have not lost faith in the Super Eagles.

But how did the same Nigerians who once labelled their favourite national team the ‘Super Ducks’, ‘Super Chickens’, etc. suddenly find them ‘Super Eagles’ once more? Did they just hate the coaches, players or were they just too blind to see the ‘achievements’ of the boys on the field of play? Were Nigerians sponsored to hate their own national team? Or did the opposition turn Nigerians against them just to spite the government of the day?

Here lies the true motive of why I’d to put hand to keyboard to type out my thoughts on the Nigerian situation.

The President Goodluck Jonathan-led administration is undoubtedly the most criticized and if I must add, the most misunderstood and mistrusted in Nigerian history. But was it like this from the beginning; the relationship between Nigerians and their President whom they massively voted for in the hope of enjoying a ‘breath of fresh air’? At what point did the relationship turn sour? When did it become one where the head became disconnected from the rest of the body and vice-versa?

I can’t simply place a time-line to it but I make bold to say that the day the present administration began to see every other voice of dissent to its much touted ‘Transformation Agenda’ as the ‘ramblings’ of a ‘disgruntled few’ or an outburst by the ‘collective children of anger,’ that is when it began to isolate itself from the realities on ground.

From my little understanding, contrary to what some might think, Nigerians are a very grateful people but with very short memory. Let me cite an example that touches on almost everyone.

When the Federal Government seemed to have improved (no matter how small) electricity generation and distribution (and don’t pretend like it wasn’t noticeable) in most parts of the country, Nigerians were excited and some even began to see some flicker of hope in the present administration but somewhere along the line (I think with the exit of Prof. Barth Nnaji) the modest effort was frittered and it seemed we descended to a worse state. Did Nigerians continue with their praise-singing? Did you?

We appreciate the little efforts even when we deserve more but why can’t the present administration see some genuineness in some of the criticisms it receives almost on a daily the same way it readily accepts the accolades?

The current dispensation has come to accept only praises but discards knocks, no matter how genuine. In fact, it has come to descend heavily on critics and only just recently set an examination for itself and scored itself ‘A’ in all areas. Who does that?

Obviously, our politicians still haven’t imbibed the spirit of sportsmanship in all their dealings with Nigerians. They are the players; we are the fans. But we are not their supporters’ club.

I digress. No matter how bad the Super Eagles are having it on the field of play, the main job of the Nigeria Supporters Club is to keep cheering them on from the beginning of the blast of the referee’s whistle to the end. The sounds of the trumpets, drums, roars, songs will not ebb. That’s because it is their job. It’s the reason why they registered to join the supporters’ club; to sink or swim with the Eagles. But the fans at home, even some in the stadium don’t agree. Their loyalty is fickle. The Super Eagles have on several occasions been jeered by their home fans for a poor display. Did that make them bad fans? No! It’s just a wake-up call.

When the majority of Nigerians who seemed to be in love with Mr. Jonathan and his style of leadership at first suddenly turned cold and scathing of his policies, his style and person, it did not mean that their hearts were poisoned towards him. It only meant he wasn’t living up to their expectations.

A sensible and God-fearing leader would have retraced his steps and find a way to cement his relationship with the people who stood by him and gave him their mandate, but what did President Jonathan do? He isolated himself the more from the people by surrounding himself with bootlickers and persons of questionable characters whose only interests remain their pockets. And as if that wasn’t enough, the President destroyed whatever remained of that relationship/goodwill by not giving a damn!

Had the Super Eagles not given a damn, carried on as if all was well when it wasn’t, they wouldn’t have found themselves in the good books of majority of Nigerians who now stay up late to watch them play and pray for their victory. That’s the Nigerian spirit; one that recognizes success from a mile off and embraces it while distancing itself from failure immediately it begins to surface.

The present administration will do well to go back to the drawing board as they’ve always done but to the Nigerian people, they must ask their forgiveness for taking them for granted. Yes, they think us fools! We’re the only ones who cannot see the ‘giant’ strides being made in every sector of the economy. In fact, some even say the present administration has exceeded its promise to Nigerians and I ask, in what way?

The present administration must sit-up and set mind to task. They’ve relaxed for too long basking in the infamy of failure and quoting fanciful figures and reports that seem taken from another world not the one we live in where unemployment, poverty, insecurity, corruption, disunity and other evils have probably being the highest of all time.

It won’t be easy, Nigerians will remain sceptical, but I daresay that when the present administration truly begins to make the welfare of the generality of Nigerians its focal point and stop engaging in self-glorification, it will once more begin to enjoy the support of all and sundry in ways unimaginable.

The Super Eagles are a testament to that part of the Nigerian spirit that wipes the slate clean to begin a fresh start.