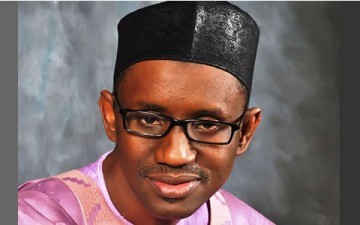 Last weekend was not only the date of the setting out of a political firework that stressed the pulse of the nation, it’s my moment of emotional solidarity with the state of Nigeria, with the ongoing cluelessness adopted as policy in checking its monsters—ethnic bigotries, regional advocacies, religious intolerances and, the deadliest, variegated opinions of the stereotype artists whose inverted brains always fail at recognising exceptions in their rush to condemn a people, a religion or a region.

The June 8 event was a public lecture organised by students of Ahmadu Bello University in their efforts to listen in to the views of field marshals of Nigerian politics, their laments and proposals for new Nigeria. And the young men indeed showed wisdom in having the representatives of two generations of Nigerian political hierarchy in attendance. Tension was the perfect word to describe the presence of the controversial Professor Ango Abdullahi, a diehard advocate of the Old breed politicians, one who is wrongly portrayed by our one-dimensional media as the official spokesman of the entire northern region, amidst the emergent politicians of the day. Professor Ango was on the high table with the most eloquent living encyclopedia of old Nigeria, Dr. Yusuf Maitama Sule, Justice Mamman Nasir, the Vice Chancellor of the university, Professor Abdullahi Mustapha, among others. Of the New breed were Mallam Nuhu Ribadu and representatives of Senator George Akume and Hon. Emmanuel Jime. The high table was not reserved for just politicians, it was shared by accomplished technocrats from various sectors. And yours sincerely was seated just behind the legendary Maitama Sule—on the high table of course!

I wasn’t shocked when Professor Ango, while taking us down the thorny lane of our politics, charged that the youth too shared in the failures of the country. But I do not agree. Much as I always try to validate the part of our national anthem that extols “the labour of our heroes past,” I reject any attempt to have us cornered as one of those responsible for the devolving turn of our nationhood. Nigeria was already a mess long before my generation learnt to tell A apart from H. And the ideologically charged young men before us ready to serve the nation were not given the chance, let alone the hopelessly angrier us. This was why I endorsed Mallam Nuhu Ribadu’s antidotes for a “sinking” Nigeria in his speech “Political Engagement: A New Approach”.

It is however understandable that the presidency was possessed by fears about the echoes of Ribadu’s revolutionary speech. In the over 3000 words employed to convey his message, Ribadu didn’t mention Goodluck Jonathan nor was he specific about a particular government. His message was a commonsense assessment of a system upturned, a sanity misplaced, and a nation in trouble—which exactly captures Nigeria. But, being that a butcher always panics on the sight of a knife in another man’s hand, the Presidency through its spokesman, Dr. Reuben Abati, counterpointed Ribadu’s in another misuse of adjectives that can only come from a man who has been on constant diets of cassava bread. Abati went loose, misinterpreting the plain meaning of ‘tyranny’ in the worst exhibition of intellectual indolence I have encountered in a long time, all to say that Ribadu lacked the ethical moralilty to condemn this administration. Comedy. For a President that appeared on international news channels to lie about the realities of 170 million people, ethical morality is the last phrase expected from the minions of that disgrace of a government.

I was depressed at the Zaria event largely because Maitama Sule, who was the youngest member of Sardauna’s government, having taken us through the history of our political engineering, and the challenges encountered, concluded, in a melancholic tone, that—“We are no longer what we were!” I was depressed by Maitama’s analogy of what the past leaders were able to achieve with meagre resources and the inability of these financially unwise governments to match the developments of countries with which we began this journey into political independence. Maitama cited India as an example, how despite its size and challenges it rules the Information Technology business today. And India has no oil!

My depression was not only because I was told what I knew, but the quavers of disappointments I discerned in the voice of a man who was a part of the pioneers that dug the foundations of modern Nigeria. I was depressed because Maitama Sule is now blind, and yet with the mental image of a nation ruined by denials of its failures. And soon as I returned to Abuja, I put on my computer to watch the videos of a 20-something-year-old Maitama Sule in the early 1960s screaming, “Northern Nigeria is not a backward region!” I was lost in the blues of a familiar misery. I compared that young and ambitious Maitama Sule to the defeated old and blind philosopher I saw in Zaria. And that was when, with tears in my heart, I muttered: May God save us from us!