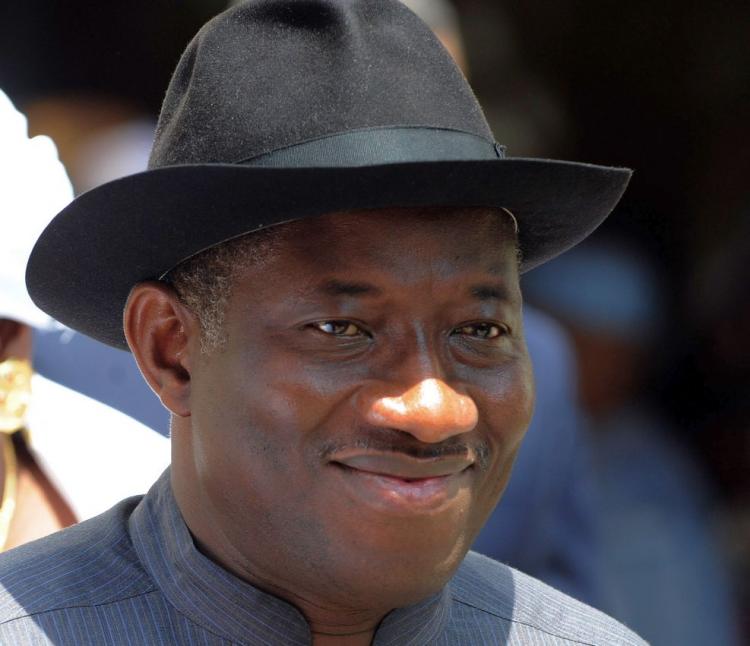 President Goodluck Ebele Jonathan may be a good private citizen. I think I have seen his types. But “good” and “luck” are not enough to lead a country, especially one that reeks of ethno-religious and regional monstrosities. GEJ appears like one of those unfamiliar countrymen you can corner at a bar to enjoy an innocent chat around life, politics and, perhaps, zoology. I see him as that person chosen as deputy by his former bosses or political kingmakers in considerations of his subservience – which is actually written, and ever deceptively worn, on his face. Goodluck is a child of “providence”, one of those whose history could excite the largely religious Nigerians. But, he’s practically unprepared for what “providence” has taken to him. He is like me and you, ordinary citizens who have no definable ideology on the way to lead anything beyond the size of our families. A Goodluck is accurately a man who happens to be in the right place at the right time. A Goodluck is an opportunist, a political opportunist. Goodlucks have found themselves on our corridors of power ever since we embarked on this misadventure through Independence. Goodlucks were not forced on us by God, they are miscalculated variables from sentimental permutations of political opportunisms.

And so expecting a miracle from an opportunist who found himself in power through sentiments and the customary corruptions is an absolute misuse of our senses. The trouble with opportunists is not only because they are unprepared, but because they lack what I’d call the constitutional ruthlessness to stand by their ideologies, and the honesty to implement a popular policy which may not favour the parasitic elite around them. GEJ couldn’t be principally honest because he was almost planted there. When you elect a man who has no professed policies, be ready for the confusion and cluelessness being experienced in Nigeria today. An unprepared leader only needs a week of pillow talks with his wife and executive meetings with sycophantic aides to acquire the special abilities to befriend corrupt public officers, disregard the plights of the masses and perpetuate a reign of failed promises. It is not the years spent in politics that grounded a politician’s ideas, it is the genuineness of his intentions. The world had seen how Nelson Mandela, a man with no past in political administrations, came to power and calmed a raging South Africa. Only a patriot with professed policies can save a nation, but where are ours?

The Nigerian patriots are hypocrites lost in the wind of public intellections and social crusades. Our hypocrisy breeds the Goodlucks misusing our resources today. GEJ, like his predecessor the late President Umaru Musa Yar’adua, is a tragedy that happens in a country where politics is seen merely as a game of the crooks, and the loud-mouthed advocates of change scamper on being challenged to show us their leadership qualities. There are two categories of followers among the Nigerian Goodlucks: the Informed and the Gullible. Membership of both categories comprised the good and the bad clamouring for change, without necessarily following the code of pragmatic effects. The Informed followers category comprised the intellectuals who propound political theories and analyse the system, and the change advocates who are largely the social crusaders, members of civil societies, and the apolitical bourgeoisie who engage government policies to demand for a fair and transparent administration. The Gullible Followers, on the other hand, are the politically naïve masses who rely on the elite and are ever influenced by these moneyed citizens to take a side. They are gullible, and dangerous!

While the informed followers are responsible for the institutional collapse of Nigeria and the emergences of Goodlucks, we’re in this political mess also because of the gullibility of the larger masses who are easily played by politicians, who have no sense of their rights at all, who think that their representatives are actually being philanthropic. Their sins are almost as unforgivable as those of the informed followers who wear garbs of self-righteousness in their academia, air-conditioned offices and under their “lead-us-well” placards, reviewing governments after governments and protesting policies. These citizens deliberately keep themselves away from participation in politics and political appointments because it’s a den of the crooks. To the intellectuals, the country is simply an ideological laboratory to test their political theories and build a library of polemics, and the activists form synergies with donor organisations in their dramatised campaigns for good leadership. Despite the fact that previously apolitical Goodlucks, like the Reuben Abatis who have shown us their indignity, betrayed their propositions for a functional Nigeria, a team of patriots with professed policies can indeed recue Nigeria.

And time is not on our side. This is a time for increased political scheming, a moment for the Goodlucks to come together and contribute to this challenge of nationhood. Our campaigns now should not be just to oust the leaders of this ideologically evil party that have turned every sector of Nigeria into a mess, but also to have a progressive opposition whose blueprints for Nigeria fit into our demands, and which also has principled individuals ready to work for change. Thankfully, the proposed merger of opposition political parties to form the frustrated All Progressive Party may turn Nigeria into an unofficial two-party State. The process so far is a pathway to depression; it’s clearly a chaos of the progressive pilferers and the conservative criminals. May God save us from us!