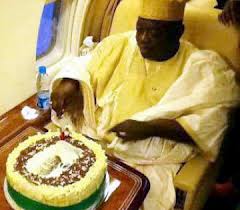 My pessimism has reached a height where I no longer see certain political leaders in Nigeria. And this is very bad, especially as a publicly disgraced citizen pursued by a passion for change, and eagerness for replacement of any politician who has shown us his skills in magical misuse of budgets since this challenge of civilian leadership was reregistered with the tick of 1999. I have been disgraced by the politicians who have scammed me with grand promises only to do nothing upon earning my votes, and I think almost all the politicians who have appeared in my home state only succeeded in proving to us that they are actually philanthropists who use their personal resources to run the affairs of government.

Politics in Niger state is a depressing experience; it is designed into a system where our people are smartly convinced to see politics as philanthropy. Our version of elitism is complex, and dangerous. Dangerous is anything that destroys you. Dangerous is anything in which billions are used, and nothing is seen. Only, perhaps, too many invoices of goods and services rendered in rhetoric, or supposedly done by friends and family of the governors. Our people, more than fellow countrymen in other states, embrace and celebrate notorious personalities as though their political failings are criteria for sainthood. For a state that has been in existence for over three decades, one which has enjoyed seasons of political literacy, the irony of our fall down the stairs of progress is enough reason to lose a sleep.

If there is one state in Nigeria still in search of leadership in this democratic space, it is evidently Niger state. This is one big-for-nothing landmass whose fortune has been upside down since 1999. Niger state is indebted to military regimes; the soldiers deserved monuments in their honour. The soldiers have left behind legacies that call to question performances of their successors in plainclothes. I grew up in a Minna of well-paved roads with flowered central reservations, and functional streetlights, and flowing pipe-borne water and economic boom and regular environmental sanitations – thanks to the soldiers. So it’s funny to find us celebrating what had existed in the state twenty years ago, it is indeed funny that we celebrate governments that could not only roof the castle built by the soldiers, but in their characteristic clueless fashion destroyed the efforts of the past leaders brick by brick, shame by shame!

Niger state entered into this democracy with an unpopular candidate known then simply as A. A. Kure, a supposedly perceptive engineer whose eventual cluelessness was misguided by a pseudo-fundamentalist followership of Islam that the Muslim governors of northern Nigeria of his days put up to suppress the masses. In Minna, the effect still lingers. The “attempted” adoption of shariah, without an alternative for countering the economic and security consequences, weakens the bond of our interfaith harmony and, in the tension, some businesses, especially those that comprised merchandising “forbidden things”, folded up.  As a Muslim myself, I ought to have been happy that my faith was being properly revived. Only that the hypocrisies were obvious; first, a government that called itself an enforcer of Allah’s wills, and even destroyed our fish-shaped sculptural masterpiece in the city’s terminus on grounds that such arts depict paganism, recorded cases of corruptions and poor performance that the successive administration is perhaps yet to match. The Muslim governors of northern Nigeria who served in the first term of this democracy are responsible for this re-launch of religious extremism in the north. Their ridiculous impositions of Islamic laws which they too didn’t obey – yes, hellfire awaits whoever misappropriates public funds – were psychological solidarities with the extremists among us, extremists who could not show us their madness because the soldiers were around to make a Maitatsine out of them . The intelligence quota of those leaders surprised me, but then every dangerous person would hang his brain for any illogical policy to cheat, and be rich!

Today, as always, my sympathy is with the people of Niger state, who are now customers of frauds, who have been tricked to see the elite as the only choice for this brand of expensive politics in our state. I’m sympathetic because two years to another governorship election, there is no actual progressive mind in the race; and this evil called zoning is about to impose another disaster on us. Politics in Niger state is, more than versions found elsewhere, too elitist; it’s levered by a zonal Cabal whose interest is merely to restore their ethnic or family heritage. My encounter with a certain contender who sought my service is heartbreaking. He has no vision for the state; he just wants to be there because “the pressure from my people is becoming unbearable!” – that is his vision for us, a condescension to rule. And, sadly, I can’t work for a man who has no genuine mission in politics. The few progressive elements in Niger state are being stopped on the “crimes” of their religion or ethnicity. It’s either a candidate is Christian or he is anything other than Nupe, Gbagyi or Hausa. I must make a case that, away from politics, religion is hardly an issue among the minority groups of the so-called Middle Belt where siblings follow different faiths without love lost in the family. The Nupe, who are largely Muslims, elected their Christian brother Professor Jerry Gana as legislator and the old Nigerlites elected a man who was not Nupe, Gbagyi or Hausa, Dr. Musa Inuwa, as governor, years before these agenda-driven religious fanatics, ethnic bigots and regional ambassadors repainted our fading disharmonies. Those were the years that Nigerians rejected the Muslim-Christian ticket of Bashir Tofa and Sylvester Ugoh and elected the Muslim-Muslim ticket of Moshood Abiola and Babagana Kingibe. Those were the years, those were the good years destroyed by an individual’s misapplication of logic!

What does this tell us? The modern Niger state, like Nigeria itself, has politically devolved, and in its new form, characterised by zonal, religious and ethnic advocacies, there is no more chance of electing a popular candidate. I bet that if Christianity’s Jerry Gana and Kambari’s Musa Inuwa were to join the same race today, they’ll be shocked by the sentiments against them. Just as Abiola-Babagana ticket would be roundly rejected if such is to happen in this democracy. May God save from us!