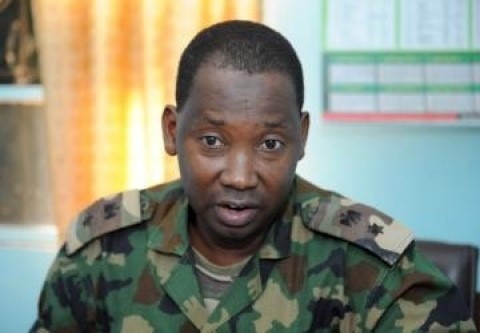 The use of thuraya phones in all states under emergency rule have been banned by the Joint Task Force, JTF.

This was made known on Wednesday by the Spokesman of the Joint Task Force, Sagir Musa. According to him the ban on thuraya became necessary as military intelligence revealed that terrorist have reportedly resorted to using thuraya phones to coordinate attacks ever since mobile communication was cut away.

He stated that Thuraya phones are based on satellite technology and do not rely on any of the existing GSM networks in Nigeria to function. The JTF said recent attacks on schools and killing of students by Boko Haram were carried out using thuraya devices.

The statement read: “The attention of the JTF has been drawn to the use of Thuraya phones by Boko Haram Terrorists to coordinate their recent assassination of civilians especially schools and some Imams”.

“The JTF seeks for the continued cooperation and understanding of the public on this ban in order to enhance security of lives and property in Borno State,”