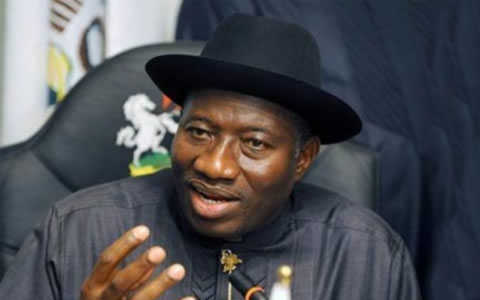 One of the many attributes attached to Nigeria is that it possesses Natural and Human resources in large quantity. Considering this accolade, it hurts deeply to see some of our leaders come on board with a perceptible lack of clairvoyance. Their performance makes one meditate upon which category best suits them; a gift or burden to the nation.

In January, the plan was announced via a release by the Minister’s press secretary, Mohammed Sule. The statement quoted Ms. Jamilah Tangaza, Bala’s Senior Special Assistant on Information Management Systems, as saying that the FCTA came up with the policy “to sanitize the system and get Abuja working by the year 2020.” In order words (and judging by recent events), we are attempting to become Africa’s London, while our people turn into slaves in their own land.

I doubt if Tangaza or her boss is/are aware that the comment is a slight on their overall Oga at the Top, President Goodluck Jonathan, who usually takes pride in describing Abuja as a model city. Well, Mr. Jona so you know; the time for pop Champagne is still seven years away.

Continuing, madam explained that the policy entail a restriction of operations of mini-buses, commonly called ‘Araba’, to certain routes and the high-capacity ones to other routes. Presently, the red-colored buses are about 350, whereas the least we need is 1000!

In mid-January through February, the order was enforced. The mini-buses were disallowed entry into Abuja, while the ones operating from within were dissipated. The condemnable decision, which caught everyone unawares, was later halted to allow for more consultations.

Fast-forward to May 2 2013, Secretary of Transport Secretariat of the FCTA, Jonathan Ivoke, said Bala had approved June 3 2013, as commencement for the restriction. At a press conference, the reasons he offered goes thus: “The policy is to move people en-masse, reduce waste of time in the traffic and improve the economy.” I for one will not decide whether this is a sound of wisdom, but does his pretext portray him as someone capable to hold the title of his office? With the intention of proving that Ivoke’s view is everything but sagacious, I will argue all of his justification.

My take on reason One: Simple reasoning helps us to comprehend that the more vehicles you have on the road, the more people you are able to convey people from one destination to another. In case Ivoke is in the dark, the buses Bala provided are way too small to ameliorate harsh conditions faced by the helpless commuters. Months after the ministry promised that more would soon be delivered, they are yet to arrive. Furthermore, isn’t it safe to conclude that his assurance that private players were ready to invest was a daylight scam?

My take on reason Two: How would your time not waste when you now have to pray for good fortune just to get transported ASAP. Also, the assumption that the ban will ease traffic is unsatisfactory. How can there be reduced gridlock when every car owner now drives, while many others are contemplating acquiring theirs?

Personally, I see no reason why Bala and his Federal people hastily imposed this vexatious policy on law-abiding hustlers. The mad rush for vision 20:2020 will lead us to catastrophe if we are not careful. Can’t we just achieve the ones we can and re-strategize on others?

We all agree that as the capital of the largest Black Country on the planet, the city and its districts must be world-class. However, you don’t make us suffer in the process. It is glaring that the idea is a right one with a wrong timing. Any sane human wants to see development, but would it not be perfect if adequate measures were put in place to cushion the effect of the impact that may arise from such? Why the haste? Why strangulate the electorate? Is the Minister trying to please Jonathan at all cost to retain his post?

Bala has been in this regime since April 6, 2010. Between then and now, this man had sufficient time to begin preparations for his initiative. Let us assume that all he did in his first year in office was award contracts, attest to land documents and campaign for his boss’s election. Things went well and Mr. President was re-elected, while the Minister retained his job.

FCTA asserts that it consulted widely before implementing the policy but for how long did it confer? The problem with high-ranking officials in this clime is bigheadedness; everyone wants to do this and that without first taking time to address the consequence it would have on the people.

FCTA in addition claims that before concluding on the policy, it assembled the executive committees of several Unions of Road Transport to discuss the development. However, it is on record that there is now distrust within most of them as not all members gave assent to the idea. There are also allegations that the FCT ministry to ensure its plans sails through induced members of the various bodies operating in the sector with financial rewards. To buttress this, not a few of the Araba drivers who protested against the policy, accused their respective unions of betrayal.

FCTA informed Abuja residents that the mini-buses would operate in satellite towns, but the world should ask Bala to present the good roads and street lights he fixed in those places. Go to the inner part of Zuba to Dutse; Kado to Galadima; Kubwa village to Bwari; Lugbe village to Kuchigoro;  Karimo to Gwagwalada; Nyanya to Ado; Kuje to Apo; Kabusa to Dakwo village; Mpape to Abaji; Deidei to Karimo; Gwagwa to Galadimawa; Lokogoma village to Kwali and see things firsthand. I find it hard to fathom why a government that is keen on achieving a mega-city status would abandon its inner settlements. For crying out loud, these are where citizens in the middle and lower class reside.

Rather than commit funds to these glorified slums FCT is always proud to list as protectorates, Bala is ready to kick the bucket so that her godmother Mrs. Patience Jonathan can get the N4 billion for a totally needless ‘Peace Mission’ project. Thank goodness Senator Smart Adeyemi and others struck out the rubbish.

Already, Rights’ Groups including Human Rights Writers Association of Nigeria (HURIWA) have described the policy as “inhumane”.  It is very painful that those occupying seats of authority can be this self-centered; they care less about others since they live in choice apartments and move about in expensive cars and Jeeps, while those they claim to serve groan in untold hardship.

More sickening is when people in control involve the Supreme Being as though they abide by His commandments. I can recollect an interview in which the helmsman of Abuja said that “God’s willing, our drive to make Abuja a global reference point will be achieved.” Imagine that! He has the guts to seek God’s intervention when he has failed to do what is necessary to ease the adversity of: thousands of children who struggle to get to school every day; the pregnant women and nursing mothers who join in the rush so as to make it to the hospital in time for their ante and post-natal care; the aged and the sick who are too frail to jostle with others at bus-stops.

Like my ‘Kegites’ friends say, even the devil can quote the Holy Books. It is easy for Bala to call God’s name when he has never felt the long torturous trek from Zone 2 or Zone 3 down to Sky Memorial Plaza or Berger roundabout to get a bus.

Mr. President, you need to hear what the masses are saying about you and this policy. The name they know is ‘Goodluck Jonathan’ not ‘Bala Mohammed’; he is an appointee while you were elected. If you allow him continue to soil your name, na you sabi. You better do yourself and the poor people of Abuja some good by dropping Bala from your cabinet. Let him go and begin campaign in earnest for his Bauchi gubernatorial ambition.

Failure to heed this advice would not only further impair the image of your administration, but also make you lose more supporters in the nation’s capital.