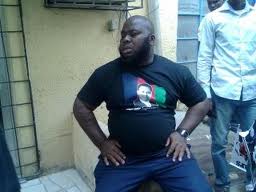 The irony of the noise you (Dokubo-Asari) make is that your pocket is all that matters and never the ethnic people you even yell to protect. 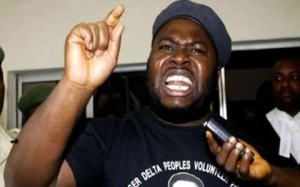 In a Nation, where executive impunity reigns, where our leaders celebrates mediocrity and criminals, where thrash looks rhetorically backed up by the executive arm of this nation. The respected office of the president has either lost or sold its absolute powers for morsels of mercenaries, because in times like this, militants have emerged to be presidential spokesmen who even threaten national security. But who cares about what the president’s office does and who it collides with until it comes to the extent of a militant leader threatening innocent Nigerians of her peace and unity if we don’t vote one man into power in 2015.

Asari Dokubo, I don’t normally do this but listen… Nigeria is not the boundary that maps us; it’s the people, our cultures, our values, our tradition, our differences and ultimately our unity sustained by the people. I know you are an ignorant with ill-gotten billions in your coffers but I don’t bat an eye about who you are because you are just another errand boy uttering thrash about the Nigeria our fathers built… but come to think of it… How would Nigeria become History?!

Listen and Listen well Mr. Dokubo, you should be called a father to your people but your respect has been sold off because your eyes and ears are shut to the truth and the forthcoming reality to befall you and your benefactor. The irony of the noise you make is that your pocket is all that matters and never the ethnic people you even yell to protect. You yell over contracts not awarded to you and I think you have been promised some megabucks and that’s why you just ran wild. Your words lack meaning, sense and acceptance, you open your reeking mouth like Nigeria is a household which when you disagree, you just give a final verdict as a head of the family. You have overdone this by ranting thrash and promising lawlessness against 160 million Nigerians… Who are You? Have you got roots at all? You are just another tyrant!

Ask Abacha and if he is not enough, got to hell and ask your Mentor Hitler… they will tell you how indivisible races and nations approved by God must stand and Nigeria is one that represents that.

Write this or munch this Asari… You will become history in years to come as you will end up in jail either at home or abroad because you don’t say such and stay safe as God will set out to disgrace you and make you history; I even come to wonder why the press gives you that attention as you deserve none, and one begins to wonder if you ever had values and respect or they just got corrupted. You really got me pissed today (10th May, 2013) and listen… I don’t care about who you are, I don’t care who backs you up, I don’t care who you dine with, I don’t care about how much ill-gotten wealth you have got… All I know is that you are a voicing pauper in the rocks that don’t deserve a child’s respect.

And to my President, You were democratically elected and you didn’t get there by staging a military coup, the people brought you to be president so fight for the people. Mr. President, there is no executive statement or silence that approves of Asari Dokubo’s words against Nigeria and Nigerians, the statement of your kinsman is utterly irresponsible, a slap on our face as Nigerians and an international disgrace. There should be an arrest of Asari Dokubo in 48 hours and if that doesn’t happen, you will just publicly verify and further authenticate how strong the bond and mutual reasoning stands between yourself and Mr. Dokubo to rip Nigeria apart.

It’s a shame you did this Mr. Dokubo and I have no apologies for all I have written because I should have done more. I don’t demand an apology, I demand Dokubo be arrested and jailed. Nigeria is bigger than you, your family and your clan, so next time you want to speak… We deserve more respect as this is not your village compound in Bayelsa.

Haastrup Steven is the Executive Director of Startup Nigeria, the Principal Consultant of Wingsforte Consult; He is a freelance writer, Impact public speaker, a startup trainer and a lover of God. He is a fan of technology and its influence over our lives and the society.