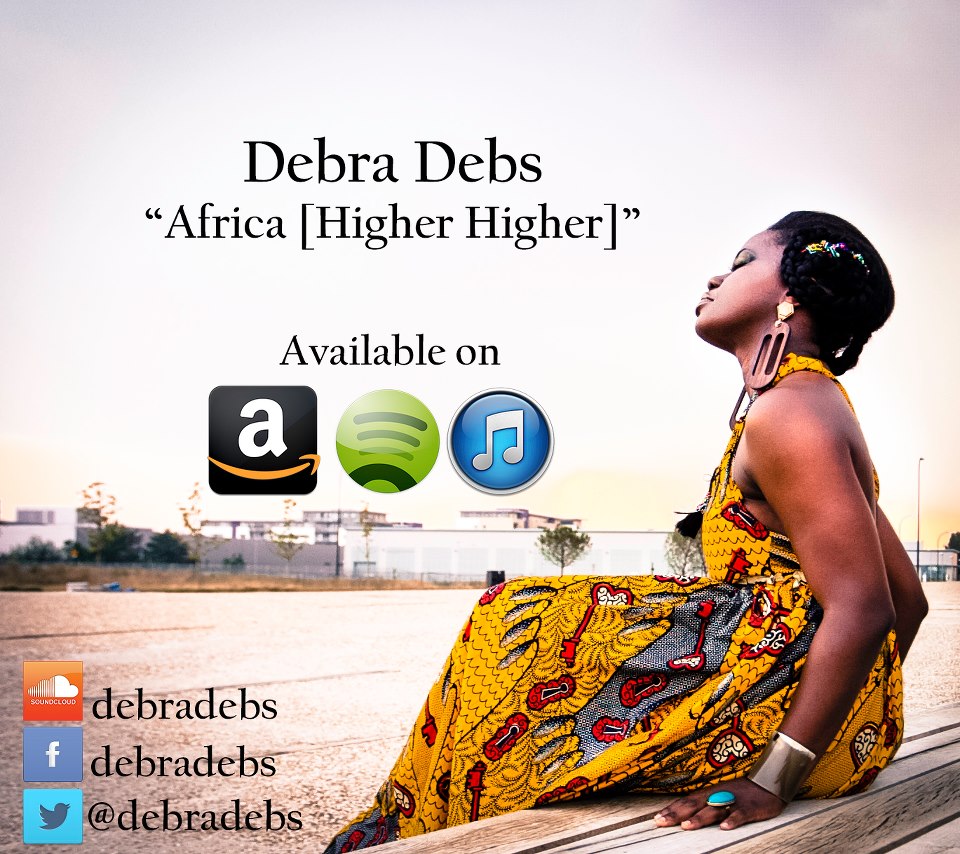 I had waited for this day and it’s finally here-the official video release of Debra Debs’ highly anticipated socio-political single ‘Africa(Higher Higher), taken from her acclaimed EP titled WHUMAN. Empowered by the tell-it-like-it-is mentality, the Cameroonian soulista outlines the political imbalances that our poor continent has suffered and still suffers in the hands of greedy African leaders. Backed by sultry vocals from Peter Jericho, one is forced to think this bitter cocktail of some serious home truths might just be what the doctor prescribed to our ‘beloved’ leader Paul Biya, with Cameroon 53th Independence anniversary in 10 days time.