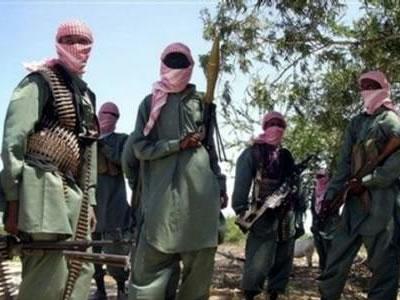 The family of kidnapped former petroleum minister, Dr. Shettima Ali Monguno, have said the action of the kidnappers was to divert attention from the killings in Baga, Borno State.

Hussaini Monguno, a relative of the abducted nonagenarian,  told said that Monguno had spoken to his family members with the abductors’ phone pleading with the Federal Government to heed their demands on Friday.

Hussaini, added that despite the demand, the family suspected that the kidnap was masterminded by some people to divert attention from the Baga massacre perpetrated by the Joint Task Force in Borno State.

He said, “We don’t believe that it was Boko Haram that kidnapped Dr. Shettima Ali Monguno. We believe it is a diversionary from the heinous crime the military has committed against the people of Baga. They didn’t expect that international agencies have the satellite images of Baga before and after the massacre.

“Boko Haram members and everybody in Borno know that the man has no money to give anybody. He resigned from partisan politics since 1979; he has no link to the government of the day, so he cannot influence government’s decision. We believe this was done to divert attention from what happened in Baga. We are begging for whoever is behind the kidnap of Ali Monguno to release him immediately because he is on special diet and drugs. He is 92 years old.”

Hussaini noted that the JTF accurately predicted the kidnapping, just as it had predicted the assassination of Gen. Mamman Shuwa.

He said, “In the intelligence world, a lot dirty things do happen. Sometimes the state can carry out a criminal act against the citizens to make them believe in certain things. Two days to the abduction of Shettima Monguno, JTF came out to say they suspected that Boko Haram members will carry out the kidnapping of certain indigenes.

“If they had this level of precision in intelligence, this Boko Haram menace would have been put behind us. Also, just before the assassination of Gen. Mamman Shuwa, JTF came out to say Boko Haram is planning to assassinate some prominent people in Borno, and 24 hours, Shuwa was assassinated. There is so much corruption going on in military.”

He has since been released. See story here.