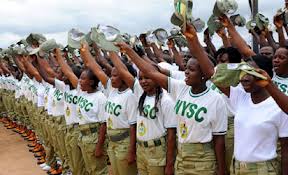 You were in university in the 80’s and the 90’s. You knew the governments of Generals Muhammadu Buhari, Ibrahim Badamasi Babangida and Sani Abacha. They were your Heads of State, perhaps not your models as you were still antagonizing the soldiers for interrupting “democracy” even where the ousted thieves in agbada and kaftan were not any better. The Generals and Lieutenant Colonels visited your schools and lightened up your world with countless you-are-the-leaders-of-tomorrow speeches. You studied harder. A decade later, you were out of school, in a country in need of change, in need of soul, in need of sanity. The soldiers were still there looting unstoppably and, because executive powers were reserved for those in khaki, you stayed put in the ranks of progressive civilians screaming in safari suits, agitating for democracy. Finally, your dream transpired, and just when you thought it was your time to change the world with your studied ideas, you find yourself in a race for relevance with those father-figures of yesterdays who now remind you that you are still children at 40 and 50! So, Happy Children’s Day to you!

If our fathers were children in this democracy of the old and the privileged, what is our value in the mathematics of leadership? We are the children of the 80’s—and behind are angrier colleagues of the early 90’s—who had acted out dramas on sand dunes imagining ourselves as leaders of a future assured. We imagined ourselves as governors and parliamentarians or just a powerful somebody giving out orders. We thought it would be an easy journey, we thought all it would take was growing up or earning certain certificates to become that powerful somebody. A decade after what I would call the expiration of our childhood we find ourselves dragging for the choice piece of meat in our mother’s pots with our younger siblings, squatting with our tired parents and still troubling those retirees for transportation fees to go for this or that job interview!

May 27 is a day that brings back memories of those early years of innocence, of naiveté, of ignorance, and of deceptions by these grand-fatherly leaders who had still not allowed even our fathers to pass through the gates to power and social relevance. May 27 is a reminder of our hopelessness in a country where political youthfulness begins at 40, and life expectancy is just about 10 years more than that. May 27 is a day to ponder how the People’s Democratic Party caricatures our condition further by imposing a 60-year-old as National Youth Leader. May 27 is a moment to reflect, very soberly, on the lies we were told at Parade Grounds a decade and a half back, and on the absence of jobs and the consequent presence of poverty across the country today… Every year, thousands of students leave tertiary institutions and other thousands embark on higher academic adventures all with their eyes on a labour market where there is no longer space, not even a space to squat, because certain gerontocrats have chosen to overstay their social tenure!

The first prank I played on this year’s day of the children was a call to a 31-year-old friend. “Happy Children’s Day!” I sang, and this I expected to rouse a bout of laughter. But there was none, in fact the silence that ensued asked me to either introduce a new issue or just own up to my mistake and apologise. “Happy Children’s Day to Us!” I sang, hoping this self-inclusive spite would douse the tension. He was a childhood friend, and I felt that apology over pranks was a wrong idea in a friendship as time weathered as ours. But thankfully, he laughed, and then he cursed and then said, ‘Well, I’m not yet 40!” That is it; a surrender to the new order of Nigeria’s cultural gerontocracy. My friend left university at 24 with, like everybody in his state, a sigh of relief, a conquering spirit of having met up with the expectations of the society in which certificates are (mis)taken for meal tickets. But seven years later, he is still at home with his retiree parents and expecting a miracle to save him from the embarrassment. As a friend, I consider myself his psychotherapist because I do not require any training in psychology to understand what is killing my beloved friend—the earlier job interviews he attended just after he left school required certain years of experience as though experiences could be gotten without a job. In this cycle of rejections, my friend is still shocked to discover that the hunt having gone on for seven years, all the interviews at which he tries his luck now have a new requirement: Graduates Below 27 Only!

The social realities of Nigeria have turned many of us into social crusaders or, to borrow the words of poet and lawyer Abdul Mahmud, offensive as that is, “Boys Scout activists”. The rage of the many 30-year-children, 40-year-old adolescents and 50-year old young men struggling to break through the rank of these octogenarian leaders is a disaster waiting to burst out. And I hope that we understand the need to end this at polling centres come 2015.

One more thing though; old age is not a decline in wisdom, just as youthfulness does not robe one in any political peculiarities. We have seen youthful leaders like Dimeji Bankole climbing up the ladders of financial misappropriations. It is just evil to waste the ideas and knowledge of the younger people awaiting a chance to serve, it’s just evil to remain silent in a country where young job-seekers rush to courts to obtain new “certificates of births” to qualify for certain job requirements. Today, almost all my friends, many actually in their thirties, have a court affidavit that says they are in their twenties. If this is funny, I would have only whispered “God is watching you” and returned to my day job. But, no, we need our gestated ideas employed in building this country. Calling a 30-year-old “kid” in a country where we are expected to die at 52 is a culture asking for revolution. And this should come soon, in our lifetime, I mean very soon. May God save us from us!