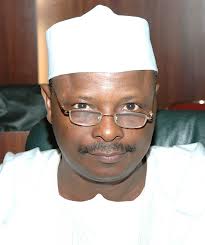 I was unhappy in Kano. I was unhappy with Governor Rabi’u Musa Kwankwaso. I was unhappy with the way he exposes non-performing governors in the north. I was unhappy because he has loudly pandered to my expectations. Governor Kwankwaso is a Welfarist. You need a “Father Christmas” administration as his to revive economically and psychologically knocked-down places and people. You may have issues with Kwankwaso’s overdone publicity stunts, but who would leave his legacies unmarked? At least “Kwankwasiyya”, his popular political ideology, is engraved on finished structures, not on aging billboards, not in rhetoric.

What sustains this man’s welfarism? My friends, who have counterpointed my call for welfarist governments, believe that welfarism is a political favouritism that sidelines the rich. False! As I have written elsewhere, Nigeria, like any other Third World country destroyed by years of mis-governance, can only be redeemed by a government that recognises our inherited poverty and self-destructions. There is no investment bigger than that in human capital! But, how does Kwankwaso achieve this? I have been friends with his very hardworking Special Assistant on Media, the columnist Jaafar Jaafar. On my visit to Kano this week with our mutual friend, the journalist Abdulaziz Abdulaziz, we hung out at a quiet park in the heart of this ancient city – a chance for our usual discourses of Nigerian politics.

“We didn’t receive any security votes from the federal government,” he put off my suspicion of how Kwankwaso has been able to combine his welfarist policies with the counter-terrorism measures in place in Kano. “The state government is even responsible for feeding the soldiers and policemen on patrol.” Did Kwankwaso pluck money from trees? No, it’s merely his financial wisdom. In my home state, where recurrent expenditures are said to be eating up our budgets, we found the same governor creating useless agencies and ministries to cover up his declarations. I think it’s unfair to cry out that our salaries and emoluments eat up your funds and yet go on to create channels in which taxpayers’ monies are misused. Kwankwaso, on the other side, cut down his overhead budgets to secure his capital expenditures, and from the “rescued” funds he’s now constructing a flyover, to complement the one being funded by the federal government, in Kano. I think we need to welcome pro-people governments, I think there is a need for us to be politically active.

I envy Jaafar, I must confess. He does not shy away from political appointments as some of us do, muttering a self-mocking remark that such venture destroys our integrity. How do you expect change if you’re not part of the system? We need a country where there is no single activist, impossible as that may sound. We need a country where critics of government implement their rhetoric when given opportunities to serve. Nigeria is still in mess because the people who have the brains and, more importantly, the heart, to lead have abandoned it to self-enriching politicians. I think we have lost moral rights to condemn a system we could actually rescue.

What Nigeria needs is not oil, but leadership! Exploring the hinterland of Kano state – which is just like every other countryside in Nigeria, north and south – I ask myself: how on earth does Nigeria’s cursed Oil add a value to the lives of our people? Why would they be ridiculed for the crimes of the thieving Cabal in the list of Fuel Subsidy scam? Similarly, what happened to the report of the Petroleum Revenue Special Taskforce headed by Mallam Nuhu Ribadu? Should Dantala, a farmer, be charged for the theft of, say, his Fulani tribesman Bamanga Tukur’s son in the list? Should Adewale, a vulcaniser, be charged for the thefts of his Yoruba tribesman Arisekola Alao’s son? Should Emeka, an automobile spare parts dealer, be charged for the theft of his Igbo tribesman Ifeanyi Ubah? These are questions for the stereotype artists. Such people can only be in jail when we have the Nuhu Ribadus calling the shot from Aso Rock

There are peasants and hopeless citizens suffering in every part of the country so it comes to me as irony when some of us identify the north as the only region challenged. Militancy in the core north and in the South-South is a failure of the entire country. Has the oil redeemed the lives of the numberless poor people and kidnappers in Niger-Delta? And if the South-South is any wiser, are the northerners the electorates that voted in James Ibori?

If the Asari Dokubos are truly concerned about the fate of Niger-Delta, their promise of bullets should be fulfilled on the many Diepreye Alamieyeseighas among them. If Niger-Delta gives us an opposite of Goodluck Jonathan, wallahi my vote for him is assured. Until then, I pitch my tent with the morally advantaged people whose politics or public service records I endorse.

Leadership is an issue in Nigeria because followership is flawed, because we allow some mentally deficient people to be our advocates, because the people who ought to lead are dismissed on crimes of their ethnicity or religion or region, because we are confused. . . And 2015 is just two calendars away. May God save us from us!