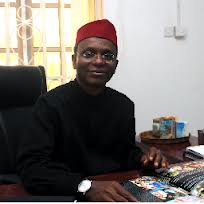 May 6th 2013 made it 3 years since Goodluck Ebele Jonathan became president of Nigeria. As an elected government, the administration would be celebrating its second anniversary next week. It therefore is the right time to look at how well it has fared. Two years is sufficient time to examine what promises have been kept, what projects are on schedule and which have been dumped altogether.

With elections drawing closer, it is imperative that Nigerians know if the campaign promises made to them are being fulfilled, especially as majority of the electorate admitted to casting votes based on sentiments of a president from humble backgrounds who had no shoes. Others voted because they shared Jonathan’s ethnic and religious affiliations. Now is the time to reflect on whether our choices have translated into improved socio-economic conditions for Nigerians.

Assessing the government’s performance will provide valid basis for the electorate to make more informed decisions at the next polls and perhaps set the tone for questions like: does this candidate possess the leadership qualities required to govern a nation? Does he/she have a track record of delivering on promises made? Is he/she an achiever or able to make noteworthy differences in positions of trust?

Perhaps the process should begin by highlighting the campaign promises made by President Jonathan more than two years ago and subsequently evaluate these promises and the progress made on them. Incidentally, because candidate Jonathan did not have a campaign manifesto with targets and specific timelines, his campaign promises are vague and achievement almost immeasurable. For agriculture, he proposed the following:

On infrastructure, the president declared that roads and other basic infrastructure would be developed in four years; he said in Ibadan on February 9 and in Bida, February 22 that road construction would take a new five-year structure, ending yearly budgetary allocations; in Aba he promised to provide facilities that would boost the enterprising spirit of the Igbo; upgrade the Enugu airport to international level; dredge the River Niger; build a dry port; complete the Second Niger Bridge; rehabilitate all the main roads into Abia and tackle the erosion crisis.

While in Uyo, he promised to build coastal roads and rail from Lagos to Calabar, in Awka he promised to construct all major roads which link Anambra with its neighbors and complete the Onitsha Inland Port. He equally promised to provide potable water to Onitsha and Nnewi cities and tackle erosion in the South-East; in Dutse, Jonathan promised to establish airports in all the states without airports, with Jigawa as his starting point; in Abakaliki, he promised the South East zone priority in fixing its dilapidated road network and to dualize the Enugu-Abakaliki road within one year. He also promised to establish a secretariat for ALL Federal government’s agencies and parastatals in Ebonyi.

In Lokoja , Jonathan promised to revive the Ajaokuta Steel Complex and the Itakpe Iron Ore Company; ensure the speedy completion of the Lokoja-Abuja road project, and dredge the lower and upper River Niger; in Ilorin he promised the rehabilitation of the nation’s railway system the Ilorin-Mokwa road; in Jos , promised to complete the Vom-Manchok-Jos road to boost economic links between Plateau and Kaduna states and in Abeokuta, he promised to revive the railway system; revive ailing refineries and build new refineries.

Promises were coming in thick and fast: In Osogbo on March 2, he promised to complete the Lagos-Jebba rail project right away and to complete the Ife-Ijesa dam; at the Northern Economic Summit, Kaduna, on March 19, Jonathan promised to spend N350 billion in building small dams across the North in the next four years to stimulate “massive irrigational farms”; in Benue, he promised that the Benue Bridge projects will be worked on in the next four years; also in Kwara State, President Jonathan pledged that the Jebba-Mokwa road and Jebba Bridge would be given adequate attention to ease transportation; in Sokoto, he promised to rehabilitate the abandoned Shagari irrigation project and fight the menace of desertification in the country.

Some of the promises made with regards to the economy are: in Ibadan, President Jonathan promised to “create jobs”; in Port Harcourt, he promised to build a petrochemical plant that will create job opportunities for the Niger Delta youths; in Plateau, he pledged to refocus on the solid mineral development and launch “a straight fight” against poverty; to create wealth by improving power and water supply; on February 24, Mr. President pledged to rehabilitate all ailing industries in Aba and make Aba the hub aircraft production in Nigeria; in Asaba, he revealed that “The NNPC is developing a new programme that will absorb about 5,000 youths in the state” and promised to unveil a five-year development plan; in Ondo, he promised the exploitation of the vast bitumen deposits; in Katsina, he promised to enhance the living standard of Nigerians through implementation of people-oriented programmes and in Kano, he pledged to encourage the development of small and medium scale enterprises; during the one-man presidential debate on March 31 in Abuja, he promised to expand and develop the downstream sector of the oil and gas industry to provide about one million jobs.

In Lagos on February 28, Jonathan promised to partner with Lagos State in the interest of its continuous growth and the nation’s economic buoyancy. “We have taken this period to study what we are going to do and by your mandate in May 29, we will hit the ground running,” he said. On Feb 21 in Ilorin, he promised to tackle poverty and revitalize ailing industries; in Abuja on March 21 at a meeting with leaders of the National Union of Road Transport Workers, he promised to build car manufacturing or assembly plants.

Concerning security, the president made the following promises: In Aba and Enugu on February 12, he promised to stamp out kidnapping; in Bauchi, he guaranteed that he would combat rising terrorism in the area; in Ilorin also on Feb 21, Jonathan promised to end discrimination along ethnic and religious lines. On February 7, in Lafia, he said he would clampdown on kidnappers and criminals; pursue law breakers to the ends of the Earth, and ensure there would be no sacred cows. In Ibadan, at the South-West launch of the campaign, he promised to: run a transparent government; treat all citizens equally and respect law and order.

To address the epileptic power supply in the country, President Jonathan promised the following: In Awka on Feb 26, he said the ongoing aero-dynamic survey of gas in the Anambra River basin would be completed, leading to increased power supply and a Liquefied Natural Gas (LNG) industry. He vowed that Nigerians would not be talking about generators after his four years in office. In Lafia, he promised to end chronic power shortages; in Minna on Feb 15, he promised to establish three power projects in the state at a cost of $2.1bn (about N315bn).

On Feb 25 in Anambra, he announced plans to build a power station in the state and on March 12, he promised improved power supply before the end of the year through the Integrated Power Project (IPP) initiative in Ogun state; in Bauchi on February 9, he assured that projects such as the Mambilla hydro-electricity would be pursued.

President Jonathan’s promises on oil and gas include: To revive ailing oil refineries and build new ones (Abeokuta March 12); to invest in petrochemicals, mining, research and development (Osogbo, March 2); at the launch of his South-South Campaign, he promised to commence “transformational changes” in the South-South; he said the NNPC had begun investing in the petrochemical industry in the region and that the people in the region would be given a voice in the oil and gas sector.  He promised to make the Niger Delta region the hub of the petrochemical industry in Africa. He also guaranteed the implementation of Local Content Law and Petroleum Industry Bill (Port Harcourt, February 12); that oil revenues would be managed better and a refinery would be constructed (Lafia, February 7).

In Asaba on February 26 he promised to transform the Nigerian oil and gas industry and make it the destination of choice for investors in Africa; convene a stakeholders meeting across the country where communities will be able to determine their priority programmes; he promised to intensify oil and gas exploration in the North-East Zone (Bauchi, February 9); he pledged to build more refineries and encourage downstream activities (March 12, Ogun state).

Interestingly with the barrage of challenges in the health sector, not many of the promises were focused on health. Here are a few promises he made: In Abakaliki on Feb 25, he promised the South East geo-political zone priority attention in healthcare delivery and that the Federal Medical Centre in Abakaliki would be converted to a teaching hospital;

Next week, we would evaluate the fulfillment of these promises (partial or complete) within the two year period of the President’s tenure. We would also welcome feedback from our readers on specific promises made by the president to assess his performance. We can be reached on elrufaionfriday@gmail.com and 08142997922.